Strangelove Flanagan and the Con Regime 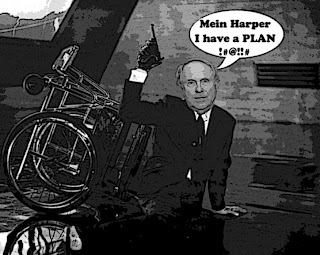 As you may know, I have for many years portrayed Tom Flanagan as Dr Strangelove.

I never understood why the CBC hired him, and then didn't fire him after he said Julian Assange should be murdered.

So I'm not really surprised by his latest outrageous statement.

Nor am I surprised at how quickly, and how frantically, Great Ugly Leader's PMO tried to disassociate themselves from him... 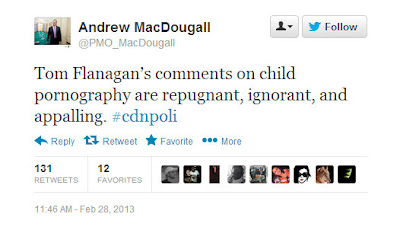 But then who can blame them eh?

When the appalling truth is that Strangelove Flanagan was Harper's mentor, who bounced him up and down on his right knee when he was just a political baby, he groomed him, he ran his campaigns, and was instrumental in his rise to power.

They were both Alberta separatists, both signed this infamous Firewall Letter.

For YEARS they were as inseparable as Duffy and PEI Kanata.

Or Laurel and Hardy. 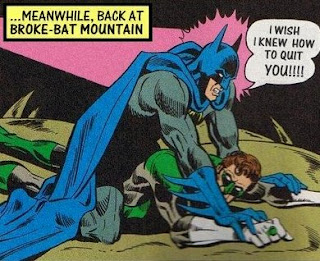 His malignant influence lives on in Ottawa.

The way to re-make Canada, Flanagan teaches, is through behaviour modification. His central message: Change the rules of the game and change the incentives of the system and we will change the people and the country. The tactic of resorting to stealth to get the Conservative Party’s main legislative agenda through Parliament (see omnibus Bills C-38 and C-45) comes, either directly or indirectly, from Flanagan.

And even after their brutal divorce, caused by Flanagan writing a book about their political life together, the PMO  has always been deeply troubled by what Strangelove knows about Harper.

"Stephen is very intelligent," he said. "He's an abstract strategic thinker who translates ideas into action. He is an unusual package of characteristics. He can be charismatic in small groups, morose, secretive, suspicious and vindictive. These may not be traits you want in your next door neighbour, but they are very useful in politics."

As for ignoring the scientific evidence of climate change, Flanagan explained that, "Everyone sees evidence through different binoculars. ...It depends on what evidence you look at." He added that he agreed with Stephen Harper's policy of "appearing to make a difference without actually changing anything."

Because Flanagan has the knack of making Harper appear like a cross between the Boston Strangler and a planet burning maniac.

Who would make even the violently deranged General Ripper look reasonable... 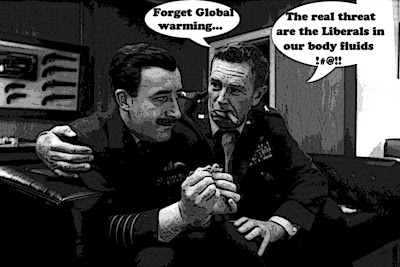 And Strangelove should know eh?

So if the PMO is furiously denouncing him today. By the end of the week they'll probably be claiming that Harper never REALLY knew him. Et tu Brutus? Say it ain't so Big Brother.

But I will do my best to make sure that the touching story of this great ideological love affair between those giants of the Canadian right, is kept fresh in the memory of Canadians. Especially now that it has the purplish tinge of paedophilia. And the froth of moral outrage.

To move them, or shock them all the way to the next election.  And remind them to judge Harper by the company he keeps.

And of course, I will make sure that Strangelove keeps his fur coat... 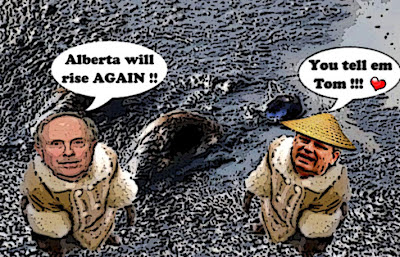 And the best part is I can't help feeling that all of this horror, this moral chaos, these neverending scandals, are just more signs of the impending collapse of the Con regime.

What with all that trouble in the Senate, it's like the fall of Rome eh?

Or the Doomsday Machine.

And I'm sure you remember how that movie ends.

With that memorable scene in the Con bunker...

Golly. We really are living in the End Times. The Pope and Flanagan on the same day.

you are so funny Simon!
I was at that SS Forum,but I didn't pay to hear what he had to say
I noticed how he continuously wiggled his foot and those long pointy toed shoes he wears were significant to me
In the lobby during a lull in his book signing I asked him which federal party he would vote for. Con ofcourse But, he does like Joyce Murray, altho that was before she announced her co-op agenda
Now that he is so thoroughly rejected by Wild Rose after raising all those funds for them, he may want to move to PEI

Now we know who Vic Toews was referencing when he said (Paraphrasing) "if you are against my bill, you are with the pornographers..."

Why is it, that every outlandish statement is backed up by an example within the Conservative hierarchy? And why is it, that rather than deal with the problem, they spin the facts as attacks on the average Joe - even going so far as to make a nutcase the poster boy for their movement.

Nice company they keep - Flanagan (All regulation evidently is bad), Ezra (we don't believe in handouts except those going to sun media or is it - Everyone should watch my show, its the law), ... All the way back to Peter (I am not a crook) Pocklington.

Bemused one - laughing as the conservative braintrust gags on another

Simon what do you think of Claude Patry's defection from the NDP to the Bloc Québécois. Do you think this is a sign that the NDP is in trouble in Quebec?

hi Oemissions...I'm glad you found it funny. When I was at school I had a part in the play The Lion in Winter. And at one point the lead character King Henry asks his estranged Queen Eleanour why she smiles all the time, when he treats her so miserably. And she replies "it's my way of registering despair." And I think I know what she means. Although now that I know that Flanagan was wiggling pointy toed shoes I probably should have made the post more like a horror movie ;)
But can you believe the influence a man like that has had on our country? It's almost unbelievable...

hi Oemissions...I didn't have time to mention Strangelove's unique contribution to the aboriginal question. Who did that American think he was? General Custer ?
Although in view of recent developments maybe he was right about that one... ;)

hi anonymous...yes Vic Toews does beg to be referenced doesn't he? Especially since that's one of the reasons the Cons reacted to quickly and so frantically. Having Great Ugly Leader mentioned in the same sentence as the word paedophilia must be the ultimate nightmare. Since as we all know the Cons would pose as the great defenders of children. Oh boy. Still, it was a good week. We lost the Pope, Flanagan, and thanks to the Supreme Court we also lost Levant. Because he's been silenced but good. What will the Cons do next week? Encore, encore... :)

hi anonymous...It's a bit of a long story, and I may write a post about it. But basically it doesn't mean much. Now that the PQ is back in power there are more perks for sovereignists than there were when the Liberals were in power. But when the next federal election arrives, Quebecers will look at which federal party has the best chance of beating the Cons, and throw their support to the likely winner.
Because they know that the Bloc can't rid Canada of Harper, and they really want him gone...