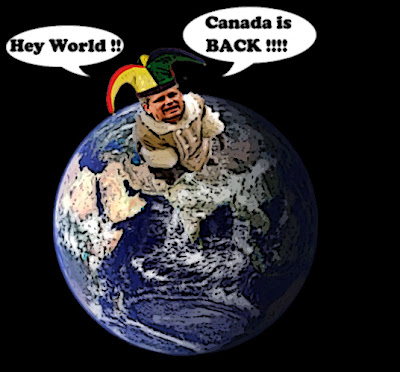 OMG. That wretched little Monkey King has done it again.

Pooped on the planet. And shamed us in the eyes of the world.

The Harper government is pulling out of a United Nations convention that fights droughts in Africa and elsewhere, which would make Canada the only country in the world outside the agreement.

And if you thought it was just an unfortunate accident because someone forgot to put on his monkey diapers, you'd be wrong.

The Harper government says it is pulling out of a United Nations convention that fights drought in Africa and elsewhere because it is not interested in supporting a bureaucratic "talkfest."

Scientists talk too much when they're not muzzled. And John Baird says we can't afford it.

"Maybe for a group here on Parliament Hill in Ottawa $350,000 is a little bit of money, but for Canadian taxpayers that's a lot of money," Baird told reporters Thursday.

You know, this John Baird... 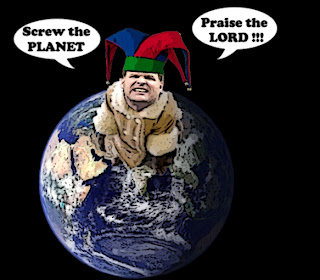 The one who has MILLIONS of dollars to spare for his absurd Office of Religious Freedom, but can't spare a tiny fraction of that to help some of the world's poorest people.

Help them survive the horror... 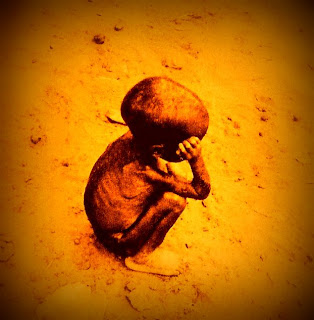 But then those foul Cons don't care if they help kill millions, all they care about is trying to hide the growing and deadly menace of climate change.

And so brutish and dumb are those oil hogs, that they probably don't even realize that they just shot themselves in their hind quarters.

At a time when a parade of federal ministers (including Baird) and provincial premiers, including Alberta Premier Alison Redford, have been invading Washington to tout this country’s supposed “green credentials” in a bid to win presidential approval for the final phase of the Keystone XL pipeline, a decision like this simply blows up all that work.

For if they think they can fool the Americans into thinking they care about climate change, they can forget about it now. Their opponents will use this immoral decision against them.

And it will be a mighty weapon.

Three days ago, U.S. Secretary of State John Kerry announced an additional $51 million in humanitarian assistance to the people of the Sahel, citing a “complex crisis of drought, flooding, failed harvests, and disrupted livelihoods.’’ Baird pulled us out of the UN program trying to prevent it. Wonder how green we look to Kerry now? 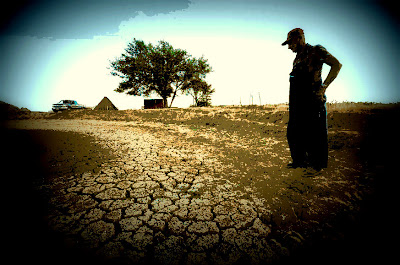 It remembers what happened last year, and what could happen again THIS SUMMER.

And of course the supreme irony is that no provinces are more at risk of drought and desertification than the Con provinces of Alberta and Saskatchewan. Who could one day see their lush grazing grounds and fields wither and turn to dust.

Just like everything the grubby Con's touch, including this country's once priceless reputation.

But believe me they will pay a heavy price for making us ashamed to be Canadians eh?

Now more than ever, unite to defeat the Cons.

Put a diaper on the Monkey King. Or cage him.

Save our beautiful Canada.

Save our precious planet... 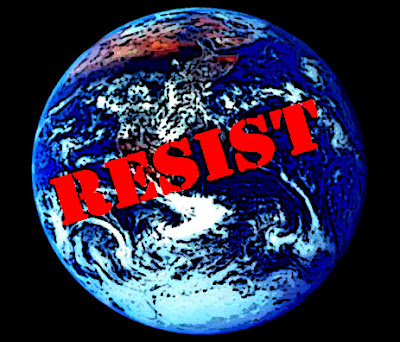 Huh,I poked through a couple of CBC reports, and it was easy to find out why this is a big deal for the Conservatives. The upcoming conference will oblige them to table inform,ation on Canada's strategy to manage drylands and drought sensitive areas HERE IN CANDADA. Canada is supposed to share this information at a conference next month:

"The convention, the report states, requires Canada "to ensure that desertification issues are integrated into its national sustainable development plans and policies."

The convention also obliges its parties "to report on activities undertaken to address the problem," says the CIDA report."

And once again the Harper Cons shame Canada on the international stage. This trend has gone beyond, way beyond, bloody embarrassing. Because this has to do with scientists, the UN and desertification you know - and only 'socialist elitists' would be interested in that - as basically the concept of this convention is to combat the spread of drought - and the pestilence, famine and starvation that accompanies it. Baird calls it a 'talkfest', which is what HarperLand call unmuzzled scientists. And this moron says 'we can't afford it' - - the $350K we'd been investing in the program to help some of the world's poorest people - but Cons CAN afford MILLIONS for their absurd Office of 'Religious Freedom,' er..’Office of Jesus’ which these hucksters call a 'foreign policy priority' to ‘monitor the safety of religious minorites around the world’ meanwhile they don’t even care about OUR own minorities like First Nations. Oh yes, in HarperLand, pushing your odious religious make-believe horseshit trumps assisting the world's poor; what a travesty. Hey, have you had enough of these Con idiots yet? How stupid do they think Canadians are? Most Canadians aren't as dumb as the 30% CON base, who lap this crap up like there is no tomorrow.

The okanogan has desert and cons. The great lakes with low water levels too. Forest fires right across. The pine beetle spreading. Low stream levels at spawning time. There is no water to give to the oil and gas industry cut them off now they can buy it from Nestlé for a buck a liter.

hi Matthew...Good work. That does explain it doesn't it? The words "sustainable development" are like kryptonite to the Cons, and I can only imagine their reaction. What I find fascinating is how late they left the decision to pullout, for it only confirms to me that the Cons are in a desperate state, and they are making it up as they go along. Oh goody. The present is a slog, but the future looks promising... :)

hi wazz...Sometimes I wonder whether many Canadians really care what people in other countries think about us. But I do, and seeing the Cons undo the work of the last fifty years distresses me beyond belief. We're still a young country with so much potential and I want to feel proud of it. But as I said in my post, these days I'm so ashamed. Hopefully though, as you say, Canadians aren't so dumb that they will keep lapping up this crap forever. And will do what they need to do to make our country cleaner and better...

hi anonymous...yes I forgot to mention that parts of BC are also at great risk from drought. Although I have to say that when I spent a few months in Vancouver, you could have fooled me. ;)
But of course the pine beetle and forest fires are real and scary problems, that ghastly pipeline is the last thing you need, and I remain confident that the BC resistance will put those oil hogs in their place...

P.S. remind me to buy stock in Nestlé and demand that they charge them FIVE bucks a litre... ;)