Stephen Harper and the Carbon Trap 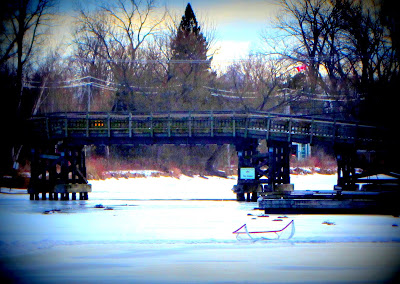 It's been the weirdest winter ever where I live.

It was so warm for so long it took forever for the canal to freeze, until it was safe enough to skate on.

Then it thawed so quickly, the net got stranded in the middle of nowhere, with the ice too thin to retrieve it.

And since I blame global warming for this latest disaster, and so many others,  I wasn't exactly thrilled by this news.

Only to be thrown into total confusion by the Sierra Club's sunny optimism.

On the same weekend that 40,000 people gathered on the Mall in Washington to protest construction of the Keystone Pipeline -- to its critics, a monument to carbon-based folly -- President Obama was golfing in Florida with a pair of Texans who are key oil, gas and pipeline players. 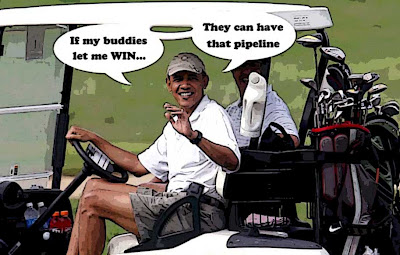 Because I believe Obama, like every other leader, is in the fatal orbit of the Big Oil Death Star. And what Big Oil wants, Big Oil usually gets.

But here's the best part. It seems that to make it easier for Obama to save what's left of his environmental reputation, he might demand a carbon tax. No matter what Alison Redford says.

A Canadian energy strategy would do more than a national carbon tax to expedite the American approval of the controversial Keystone XL pipeline, according to Alberta Premier Alison Redford.

But the message from President Barack Obama in his state of the union address earlier this month suggests otherwise, with the president demanding that Congress find a market-based solution to climate change. One such solution is a carbon tax, and many observers have interpreted the president’s charge as a signal that he may implement a price on emissions in exchange for approving the highly contested Keystone pipeline.

And we all know what Big Oil's favourite greasy pimp thinks about that one... 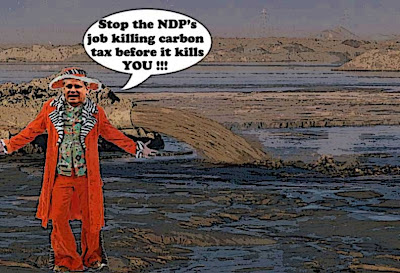 How he keeps accusing the NDP of having plans for a carbon tax. Like he did again last week in Question Period.

Even though EVERYBODY knows that's not true. It's just another Big Lie. Or a sinister Orwellian farce.

It's horribly depressing that he should be able to get away with such outrageous behaviour. But at least now I think I can see a light at the end of the pipeline.

Because now I can't decide what would be better eh?

Stephen Harper getting tripped up by his own Big Lie. Or caught in his own carbon trap.

And losing his precious project.

Or Stephen Harper being forced to bend over for Obama, and agree to that "job killing carbon tax" ... 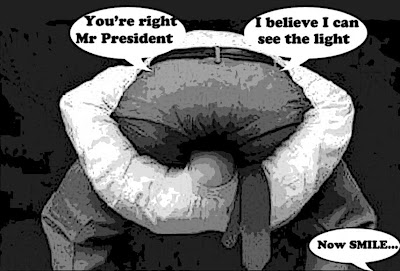 And being totally HUMILIATED.

Oh boy. That's a tough one.

Or how any sane person could still think that Stephen Harper is fit to remain in office.

Yup. I think we're going to have fun with this one. 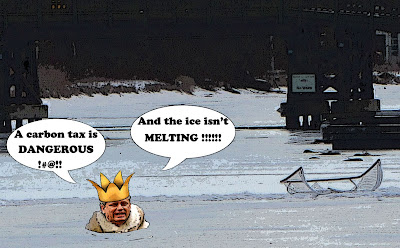 Both Harper and Obama are concerned about climate change. It is a little difficult to ignore. China's pollution is horrendous. Smog turns day into night. Much of China's farmland and water is contaminated with, heavy metals and cancer causing agents. The hapless Chinese man, who challenged a government, to swim in a river, was very badly beaten, by the village people.

Other country's by China, are angry about China's pollution drifting into their country's. Their food crops and water are also threatened.

Extreme weather is destroying many country's food crops. Don't think Harper and Obama don't know this? However, greed usually trumps common sense every time. China denies their pollution index is off the charts. BC will fight the Enbridge pipeline, right to the last ditch.

hi anonymous...I don't understand what's going on either. The writing on the wall has never been clearer or scarier, but so many still live in a state of denial. Alberta is already at great risk of desertification, if the prairies are hit by a drought like the one that hit the U.S. last year it could be catastrophic. But still we sleepwalk on.
How many disasters will it take I wonder, before we wake up?