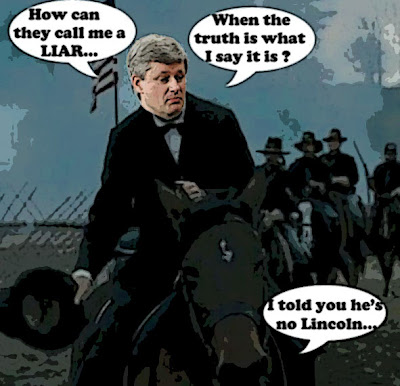 The great Abraham Lincoln once said no man has a good enough memory to be a successful liar.

But then he didn't live in Con Canada eh? And he didn't know Stephen Harper.

Because either the great man was wrong, or Harper has a phenomenal memory. Just like his scary ancestor.

Who never forgot ANYTHING his enemies did to him.

For even as Great Lincoln Leader struggles to put down the backbench rebellion of the Reform Confederacy, he just can't stop LYING.

Megan Leslie stood to plead confusion. Within the budget, she said, were tax increases. But the Prime Minister, she recalled, had promised not to raise taxes. So why, she wondered aloud, had the Prime Minister allowed the Finance Minister to contradict him?

“Mr. Speaker,” declared the Prime Minister, “it is quite the opposite.” Mr. Harper did not then explain how so. Instead, he alleged a number of tax increases that the NDP was apparently proposing.

Lying about the budget which is stuffed with stealthy tax increases.

“The truth here is clearly spelled out in black and white on pages 331 and 332,” Ms. Leslie explained. “This is not a make-believe tax, unlike the kind that the Conservatives love to accuse us of; these are billions in actual new taxes that will impact real people.”

Lying about the "NDP's job killing carbon tax" which never existed. It's a cap-and-trade proposal just like the one he once promoted.

And when I see how he lies so brazenly and so gleefully, it disgusts me. And I can't help wondering whether it's compulsive. Or whether it's a Con trait.

For all you have to do is look at his good buddy Rob Ford to see that he is playing the same game. 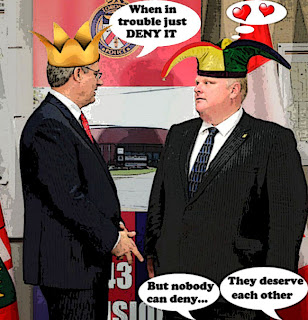 Denying reality, calling his critics liars. When his record speaks for itself.

Which makes me believe that it must be a Con trait. For only they, like most criminals, would think that they could get away with it. Only they would take us for FOOLS.

And above all, they know that if they told us the truth, we would never elect them.

And the good news? Lincoln was definitely right when he said that you can't fool ALL of the people ALL of the time.

For even I know this: If you allow Cons to lie all the time. And get away with MURDER.

It doesn't matter where you start the story, or how many times you repeat it, the ending is always the same.

And then they'll consume us ALL...

So please, tell me we've learned the lessons of history.

Tell me my country is better than that eh?

Then unite to defeat those filthy lying Cons.

And make my Canada clean again... 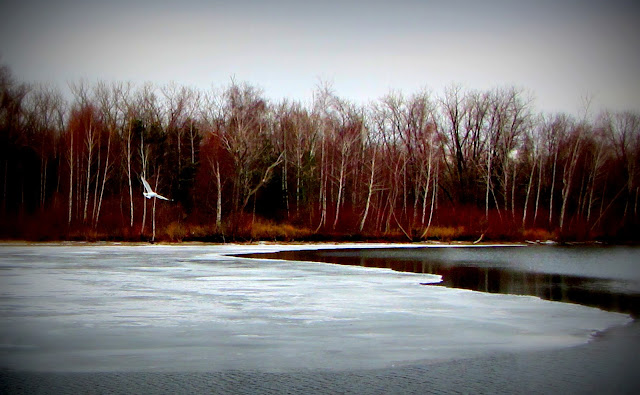 He is a pathological liar who lies so confidently that people can't really believe he is lying. I have known he was a liar since he first appeared on the scene.

Harper's Cons don't want Canadians to be informed, because being informed would draw you to the natural logical conclusion that they're deliberate, malicious liars. They don't want you to care too much. Facts are anathema to them. Like how there were fewer homicides, attempted murders, serious assaults and robberies across Canada last year (again) and the national crime rate has been falling steadily for the past 20 years, but HarperLand pushes its bogus 'tough on crime' agenda nonetheless. Look at the Harper Cons with their 'Mulcair and the NDP is for a 'carbon tax'’ lie. NDP policy is for cap and trade, not a carbon tax. Which is the same policy program that Harper ran against Dion with in 2008, and sent Jim Prentice out to Alberta to sell. But that does not stop the Connie's from lying about it, because they know their mud dumb stupid base doesn't have a clue which is which, either way. Why are conservatives such flaming, bald-faced liars?? Because their nitwit base believes anything it is told; because too many Canadians are politically apathetic and don’t care, and because the opposition is not framing the Con lies properly or far enough - so as to expose them to make Harperland a laughing stock across the nation.

hi anonymous... I'm coming to that conclusion too. At first I thought he was just trying to use lies to brainwash us, but he actually seems to enjoy it. You should see the evil smirk on his face when he talks about that invisible carbon tax. It's practically obscene, and a terrible example for his children. The monster should be ashamed of himself...

hi wazz... You're so right about this:

Harper's Cons don't want Canadians to be informed, because being informed would draw you to the natural logical conclusion that they're deliberate, malicious liars. They don't want you to care too much. Facts are anathema to them.

And it's important to remind Canadians that part of the reason the Cons act so disgracefully is that they actually want to disgust voters and turn them off politics. Except of course for their dumb base who can be lured to the polls with a Bible, or a large piece of cheese ;)
As you can tell I too am disgusted by their shameless lying, it bugs the hell out of me. It sickens me to my stomach. But you can be sure that even if they have to carry me there on a stretcher I will get to a polling station on time, and I will help defeat them...

Right you are Simon. The LESS amount of people that vote, the BETTER it is for the lying conniving CON artists. That is why in 2015 (or sooner I hope) we MUST get the people out, en masse, to PROTEST vote, and bring these fraudulent criminals down and sent back to Oily-berta, from whence they came.

Who I like is Pam Palmater. I think she will get lots of vote out.

He is a liar for sure. too bad for the people who voted for him