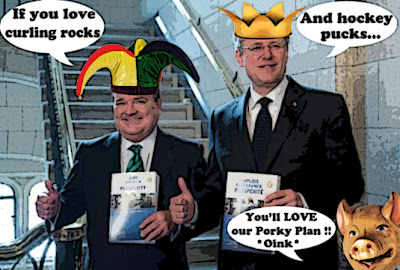 Jimbo Flaherty got a fabulous new hat to go with his new shoes when he presented his latest budget today.

And the bad news?

The hat was bigger than the budget.

The Harper Conservatives stuck to their frugal, deficit-reduction mantra in a bargain basement federal budget that keeps the cash flowing for urban renewal projects but looks to corporate Canada to refurbish the struggling economy and get more Canadians into the workforce.

There was nothing in it eh? At least nothing most Canadians could see. Which unfortunately doesn't mean much, since the heroic Kevin Page was still trying to find out today what was in the last budget.

Nothing but shiny baubles. Nothing but a shell game or a Con job. The Incredible Shrinking Budget with the incredible shrinking deficit.

More tax credits for businesses to create jobs, when they've been sitting on $60 billion  worth of tax breaks. And doing nothing but fatten their profits.

A half assed plan to train young workers, which is too little too late for many communities all over Canada.

Where hope died when the factory closed... 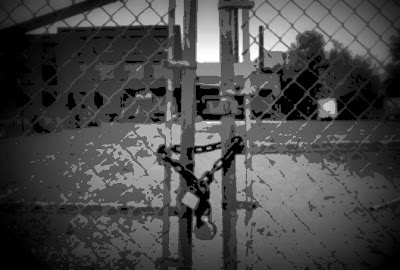 And by forcing the provinces to pay part of those retraining costs, the Cons would further impoverish them. Which as I pointed out last night, is all part of their Master Plan to privatize medicare.

For native youth there is workfare. To please their rabid bigot base that can't punish natives or young people enough.

And then there are the really shiny things. Like reducing tariffs on sporting goods. Because everyone needs a cheaper curling rock eh? Or a golf club to protect themselves from the invisible criminals.

And how about this?

To help return Ottawa’s books to black, the Conservatives are counting on ferreting out tax cheats and closing tax loopholes, which could pull in an extra $300 million in revenue this year alone. Ottawa for the first time is offering rewards for tips that help tax collectors track down people using foreign tax havens.

A new opportunity for Vic Toews to turn into another reality TV series like this one.

Before he quits politics for a new role as Judge Judy Vicky... 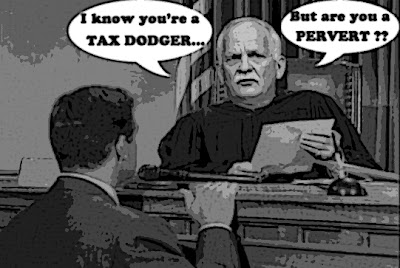 When if you sent a SWAT squad of Revenue Canada accountants through the hallowed halls of Bay Street tomorrow you could pay off the deficit by the end of the week.

And that is the nub of Thursday’s effort — it is all about the next election and another four years of Conservative rule. It is a budget larded with program renewals and extensions, the spending of the nickel-and-dime variety, the savings the governmental equivalent of finding loose change under the cushion on the couch.

For they will slay the deficit, they will build that pipeline, they will find the money to bribe Canadians into giving them another glorious majority. Even if it strangles our fragile economy, even if it kills Canada.

Oh boy. I want our country to succeed no matter what government is in power. I see what unemployment and despair are doing to some of my friends and so many others in this country... 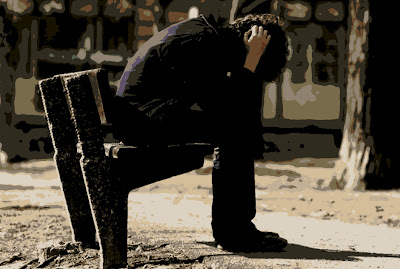 I want us all to live in a prosperous Canada, where the young can have hope, the old can have dignity, and we can give our sick the best care in the world.

And besides I'm poor enough eh?

But of course the Cons will never lead us to that Promised Land, because they are ideologues not economists. They have no vision, no imagination. They are just repeating the mistakes of other Con governments, and leading us to the same bad place.

And the good news? By the time we get to the next election, even some of their dumbest supporters will have realized that they were conned.

That Stephen Harper was a fraud.

And Jimbo Flaherty didn't know what he was doing.... 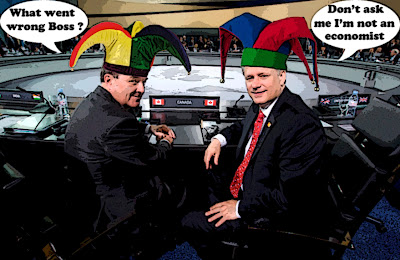 For there's nothing like the thought of selling apples in the street to concentrate the mind eh?

And of course, nothing like looking forward to writing this political obit eh?

They came, they conquered, the economy made them.

But they were Con klowns who could see no further than the next election.

So in the end it destroyed them...

Provinces no longer need trade school money. Harper has millions of, skilled Chinese tradespeople to bring over. China has been bringing over their cheap labor, to work at the tar sands. Chinese resource workers earn, $800 per month. Harper has permitted all company's to hire that cheap labor. Harper is planning China, in the rich resources of the High Arctic. Wonder who gets those jobs?

Harper's Omnibull-S-Bill gives Red China the right to sue, any Canadians getting in China's way. China sued in BC, to take the BC mining jobs. 300 BC miners applied for the 200 mining jobs, Harper has given to China. There are nine mines and mind expansions, going into Northern BC. Rumor has it? There are 2000 more Chinese miners on their way, to take BC's mining jobs. Wonder who gets those jobs?

Wonder if Harper will send his E.I. Police, to bang on the doors of, those 300 pissed off BC miners?

Harper and his cronies have zero interest in bridging the jobs-skills gap or in slaying the deficit they themselves created. This is all about votes and staying in power. Period. This is a re-election budget. Everything they do (or don't do) is simply intended to maximize their chances of retaining power in the next election. To them Canada is a resource rich hinterland to be exploited for their own benefit. We are where we are economically due to two basic factors; 1) the recession 2) the politically motivated and economically brain-dead GST cut and the many other redundant tax deductions brought in by the Harper conservatives. So/thus, in essence, the Harper conservatives crashed the Canadian government’s fiscal integrity and are at this time telling us how well they are doing fixing a problem which they caused and are responsible for in the first place. You can't make up "stuff" like this.

I always thought it was "you can't make up SHIT like this", but then again, I could be mistaken. Laurel wreaths and "huzzahs!", Wazz. Terse, concise, succinct and to the point. You might have to start using one-syllable words so the fucking fucks right-wingers can understand what you are saying, though. The phrase "as dumb as a doorknob" comes to mind with the harper minstrel show supporters; but then again, I could be correct again. Cheers!