Thomas Mulcair and the Struggle for Canada 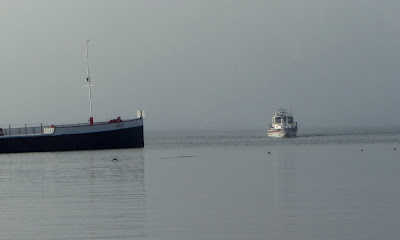 Oh boy. What a difference a week makes. It seems like just yesterday when I was waiting for the fog to lift, and wondering who will save us from Stephen Harper's ghastly regime?

Because I really don't want to live in a country like this one.

What matters in the budget is not the immediate impact of $5.2 billion in annual spending cutbacks announced by Finance Minister Jim Flaherty. Rather, it is the attempt to gradually transform Canada, from a country in which private and social needs live in uneasy balance to one where the urge for profit dominates.

In the ideal world of Stephen Harper, social programs — including public pensions for the elderly — would not exist. Retirees would be expected to get by on their own savings.

A country where there is not enough money to help old people live in dignity, but gazillions for killer planes we don't need.

A country that is slowly being turned into a brutish petrostate, by a sinister regime that believes that ignorance is strength.

And is letting the so-called Dutch Disease turn large parts of our country into an industrial wasteland.

But reaction to the budget has been muted, because the boomers won't have to wait for their Old Age Security, the young can't imagine ever being sixty-seven. The Con media tells us be happy, it could have been worse.

And most Canadians would rather discuss the REAL problem. What are we going to do with all those pennies??!!

The shiny little things the Cons threw in to distract us.

Even as they turn us into a police state... 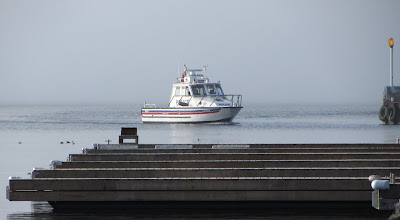 Which is when you're forced to cling to hope, like a drowning man clings to a piece of wood eh?

But that was then, now is now, and now I'm feeling a lot better.

Because judging from the reaction of Big Oil and its minions, Thomas Mulcair understands what the Dutch Disease is doing to our country.

“We’re killing our manufacturing sector and we’re leaving a triple whammy debt to future generations. They are inheriting the largest ecological, economic and social debt in our history. “We’ve got to change our ways of doing things. I’m not against developing the oil sands. I’m saying that we’ve got to apply the basic rules of sustainable development as we do it.”

I think he realizes how many votes he can win in places in all over Canada, especially Ontario and Quebec, where factories are closing, town are dying, and people are suffering. Just because the Cons decided to favour their darling Alberta, and deliberately let the Dutch Disease kill our future.

I think Mulcair knows a powerful campaign issue when he sees one. I think he realizes it can be easily cast as a struggle for Canada. And since it's a struggle that could rip this country apart, I really like the way this blogger is comparing him to Ulysses S. Grant.

The mainstream media, not surprisingly, along with its allies and boon companions in the prime minister’s so-called Conservative Party, were quick to start calling Mr. Mulcair an angry man. The implication was his is the kind of irrational anger that requires a time out, or even a trip to an anger-management course.

But it seems to me that Mr. Mulcair is not so much angry as he is determined. But if it takes a little righteous anger – and I use that term advisedly – to battle the vote-suppressing, robo-calling, Parliament proroguing, anti-democratic urges of Mr. Harper and his neo-Con goons, then I say bring it on, and about time too!

Because when I was a skinny kid, and before I learned judo and karate, I would stuff pennies into a sock to smack the bullies in the nose or the back of the head. So you know where I'm coming from eh?

And why when I go biking tomorrow in an old abandoned factory not far from where I live, I'll have new hope in my heart, a big smile on my face, and hopefully some extra righteous spring in my wheels.

Yup. In the ruins of an industrial wasteland. In the rubble of our dreams. A new battle begins.

And unless I break my neck eh? Which would be worse than living in Harperland. But not by much. I couldn't be happier.

Go for it Tom. I mean General.

Destroy those bastard Cons...
Posted by Simon at 7:41 PM

The mainstream media were quick to start calling Mulcair an angry man because that is one of the Conservative Party talking points handed out as soon as Mulcair was elected.

Instead of paying these hacks directly from the party coffers, the CPC spends tens of millions of public funds on wasteful advertising to their allied media companies. That money ultimately flows through to salaries.

During the recession, a significant chunk of right-wing media would have gone bankrupt without that Con-provided government largess.