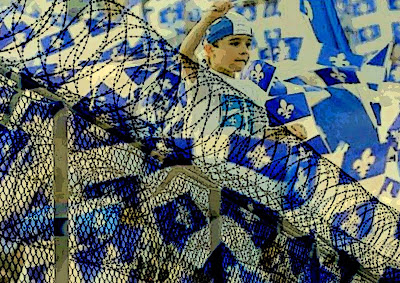 The debate isn't over yet for the Harper’s government’s criminal justice legislation – at least not in Quebec.

The provincial government announced Tuesday that it would do everything in its power to limit the clout of the legislation that passed a day earlier.

And why wouldn't they? When this fascist bill makes absolutely no sense.

Similar legislation has failed in both Britain and the United States:

Republican governors and state legislators in such states of Texas, South Carolina, and Ohio are repealing mandatory minimum sentences, increasing opportunities for effective community supervision, and funding drug treatment because they know it will improve public safety and reduce taxpayer costs. If passed, C-10 will take Canadian justice policies 180 degrees in the wrong direction, and Canadian citizens will bear the costs.

And will only turn us into a prison state.

But of course when it comes to the fascist Cons, there is always method to the madness.
For in addition to satiating its rabid bloodthirsty base, and Harper's sick desire to inflict pain on others, the bill has another sinister purpose.

And that is to inflict economic pain on the provinces so they are forced to cut social services, and further privatize medicare. Which as I have pointed out so many times before is the main reason Harper entered politics. Supported by the National Citizens Coalition which was FOUNDED to kill our health care system.

Yup. The federal Parliament can do nothing to stop those degenerate Cons, but the provinces still can throw a spoke in the wheels of the Death Machine. So let the mutiny begin.

And oh yeah, I almost forgot. My beautiful Quebec, the last bastion of Canadian values.

Until the Day of Justice... 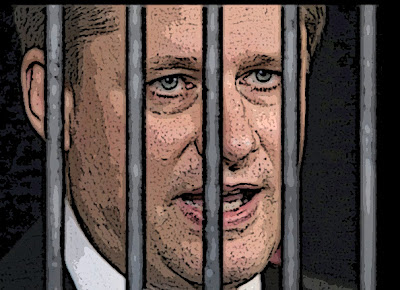 I Love your graphics. I love your commentary. I don't usually comment, so I just want you to know that I'm here and I approve this message!

hi Kim...thank you for your sweet comment. I'm glad you like my graphics. I try to do my best, to make up for the bad writing ;)
Seriously though I'm very grateful for the encouragement, and since I've read your posts, at my friend CK's blog, I know we both share the hope for a better more beautiful Canada, and the end of this horrible nightmare...

Really great post Simon. I think you've summed up the situation completely. The man has a serious personality disorder and it is now a race for him to do as much damage as possible before anything can get in his way.

I do find myself struggling to think of what could actually stop him now...Parliament is one seriously toothless platform for oppositional power and demonstrations are likely to have no effect at all.

hi Stewart...thanks I'm glad you liked it. It is great to see Quebec tell those Cons where to get off, and let's hope some other provinces have the guts to do the same. As you say our Parliament has been turned into toothless thing, but if the provinces banded together they could put a few spokes in Harper's wheels. And then if only we could get progressives to unite in a common cause we could at the very least limit the damage. Of course, that reminds me of that great Quebec saying "if my grandmother had wheels she'd be a bus." ;) But despite everything I remain optimistic. Or as I said the other night, everybody grab a tiny shovel,and we shall dig an enormous hole in the ground big enough to bury them all...

I always read your posts, I check your site every day. Politically challenged people like me, appreciate all you wonderful bloggers. We know we can't trust the media. They are as, propaganda machines for the government.

I am glad to hear, Quebec is telling Harper to go to hell.

McGuinty is refusing to apologize to the Alberta Premier, with their donnybrook over Ontario's tar sands money.

BC is totally refusing to permit the Enbridge pipeline nor, the dirty oil tankers into BC. Over 80% of the BC citizens, are supporting the F.N. to stop those atrocities.

You bet, we are angry about the robo-calls. It's one thing to say, vote for me and not the other Bozo. However, lies, and deceit, telling Canadians their voting locales have been changed, is a criminal offense. Harper also campaigned over a Calgary radio station, right on election day. Another aspect of election fraud, totally forbid.

Harper was rabid and frantic to win. He even had a many times convicted criminal working for him. I certainly think, Harper needs a mental evaluation. Dictators are always paranoid. They never feel safe, until they can control absolutely everything.

Were their not senior Conservatives charged with election fraud, Feb/2011?

Canadians despise dictators, and Harper stepped way over the line. Ask our WW11 Veterans, what they think of Herr Harper.

harper is happy to have virility by proxy by sending other people's children to get killed or maimed. And trating them like dirt when they come back.

Pretty amazing too to read English-speaking people speaking positively of Quebec. We are so used to being told "we won in 1759, get over it and speak English" or "Quebeckers are professional welfare recipients"... you see the style. When I tell people I am a francophone from Quebec and a social-democrat, they automatically tell me I am on welfare and to get a job, stop drinking, etc. It has been like this for over 40 years...