The RoboCon Scandal: Who is Rick McKnight ? 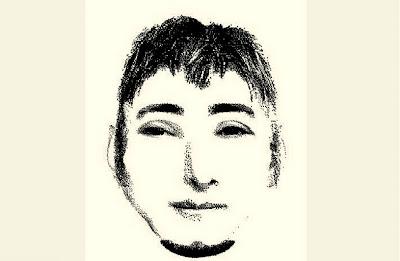 Golly Sherlock. This RoboCon story just keeps getting more and more mysterious. First it was who and where is Pierre Poutine?

Then it was who gave him the password to the Con data bank, and who paid his bills?

And now it's who and where is Rick McKnight?

RackNine, the Edmonton company that suspect “Pierre Poutine” used to send voters to the wrong polling locations, is operated by Edmonton businessman Matt Meier, with the help of Rick McKnight, who is identified variously as head of marketing and web developer.

But Postmedia News and the Ottawa Citizen are unable to find anyone who knows McKnight, even though he has a healthy online identity, including 551 Facebook friends, many of them prominent.

In addition to those who say they don’t know him, McKnight is “friends” with Guy Giorno, who chaired Stephen Harper’s 2011 campaign, Guelph campaign worker Andrew Prescott, former Harper communications directors Dimitri Soudas and Kory Teneycke, and current director of communications for the party Fred DeLorey.

And how could a mystery man have so many powerful friends?

I don't know whether to sew myself a pair of Where's Rick? Con pyjamas.

Or put up another Where's Pierre Poutine? wanted poster. 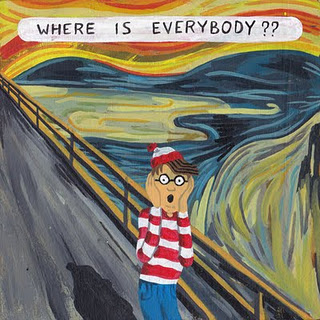 But that's rather similar to my own avatar, and I don't want to become a suspect eh?

Or another Con scapegoat.

So maybe I'll just ask Werner Herzog to read me that story again...

Because it sounds sooooooo familiar.

And I do know something eh?

If we're ever going to crack this case.

And a full public inquiry...

And the story just gets weirder and weirder...

Well someone must know him. Hell, after being up all night surfing his profiles, I kinda feel that I know him quite well myself. And I have found some interesting stuff that warrants further investigation and at least sheds some light. But some of the info is being taken down and everything leads around in circles. He is still a mystery. That can't last!


Oh well I'm not hard to find. Lol! And neither are you. Thank Werner for me.

This RoboCall thing is like a dead fish, just keeping getting stinker every day.

I don't care where you go, Doctor's office, supermarket or a pharmacy. Everyone says Harper and his ranting and raving henchmen, are behind the robo-calls. Well over half of Canadians, did not want Harper as P.M. No way did Harper win the election on the up and up. This is what the general public is saying.

I don't know about a police investigation. If it is the RCMP, watch your backs. People in BC don't even want the RCMP, as an icon for Canada anymore.