The Agony of Omar Khadr: The Documentary 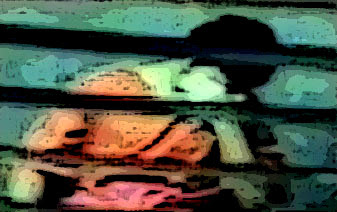 I don't think I've ever been so ashamed to be a Canadian as the day I saw this video of CSIS agents interrogating Omar Khadr.

The sound of Omar sobbing "help me...help me"  in that ghastly gulag, when he finally realized that those Canadians weren't there to help him, practically froze the blood in my veins.

A shame only made worse by the knowledge that most Canadians didn't give a damn. Because they hate his crazy family eh? Even though he WAS a child soldier.

So I'm glad that two Montreal film makers have made a documentary out of it...

I'm glad it's been reviewed by the Times.

What we see is a blurry, black-streaked box, the faces of Mr. Khadr’s Canadian interrogators hidden behind cartoonish smudges. This gives them a disturbingly jaunty look as they fiddle with an asthmatic air-conditioner and proffer cartons of fast food, their fake bonhomie soon descending into psychological cruelty.

In the film’s most powerful section, Mr. Khadr (now 25 and serving an eight-year sentence after a 2010 plea deal) begs for protection and cries out for his mother while the observers join him on screen, watching his torment as if they were members of a celestial jury.

What they are really doing, however, is bearing silent witness to the repudiation of due process and the basic indecency of treating a legal minor as an adult enemy.

Because I couldn't say it better than that. Or this.

Watching this documentary, we are compelled to consider who we are as a people if our Constitution fails to protect those who, ostensibly, seek to destroy us. Cycling through outrage and then grief, as Omar Khadr abandons his expectations for justice, viewers of every political stripe will understand that the rule of law is the last thing we should ever abandon.

And I only hope it wins an Oscar. So the whole world will see what Stephen Harper's Cons have done to the rule of law, and what kind of a country Canada has become.

Human rights experts want to know why a mentally ill Canadian citizen sat in a secretive U.S. detention facility in Afghanistan for eight months without a consular visit, and more than 18 months behind bars in total.

So much for The Great War on Terror.

You Don't Like the Truth? Welcome to Con Canada.

The agony of Omar Khadr continues.

And the shame will last FOREVER.... 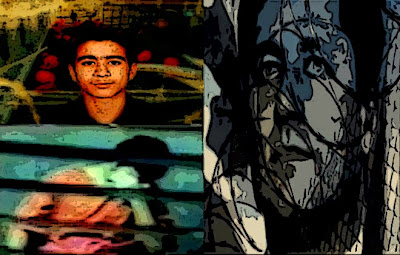 I have been ashamed of my country for a while now and I have to say it probably started when Bush declared, "you are with us or against us".
That propelled our country into a failure to stand up for ourselves let alone our Government to stand up for us. I have always been shocked by the fact that having Canadian citezenship means nothing. From murder suspects in Mexico, engineers sent of to be tortured, women failing to look like their passport photo and others who find themselves in dangerous situations such as Omar Khadr, all are Canadian citezens who have failed to garner the assistance of their Government.
Why do we have a passport and why do we believe that this is the greatest country in the world in which to live? I for one have lost my faith and in the immortal words of that great satirist H.L. Menchen, "Every decent man is ashamed of the government he lives under", we are not alone.

hi Mark. Great comment. The most maddening thing is that we have all we need to be a truly great country. Once the world admired us for being peacekeepers and different from the U.S. Now we are trying to be like them, and can't learn from their mistakes. The case of Omar Khadr has always troubled me, and I have written many posts about it. And the reason I have is that I believe it marked the moment when not just two governments but also a lot of Canadians turned their back on the rule of law, and now we're all going to pay for it.
It sure doesn't make me popular, because sadly quite a few progressives agree with the Harper Cons when it comes to Khadr. And some of the comments I receive from the dark side have to be seen to be believed.
But that's when you have to examine your conscience, and in this case at least, mine is clear...

A year ago after Omar Khadr's "trial" the news was that he would be spending one more year in Gitmo and then would be turned over to Canadian authorities. That year is up, and I have read nothing in any news about Omar's return to Canada. Can you tell us what is happening?

On a personal note you guys are fucked js. He committed war crimes and offences on the USA. Killed and injured people in the red cross. Shouldve left the terrorist in Guatomano Bay as far as I and many others are concerned.