Why Dogs Are Better Than Cats...Sometimes 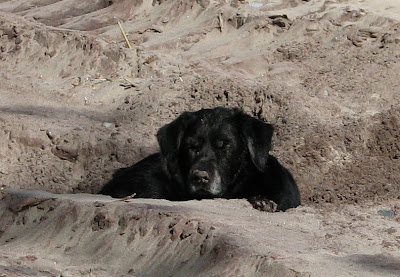 (1) What could match the grateful look of a faithful hound for taking him to his favourite place, the beach? Especially when it's 40 degrees on the humidex scale, and he knows how to keep cool.

But you don't dare swim in the lake after it rains, and you can't dig a hole, so you're DYING.

Gawd.  Where did that cat learn to do that I wonder? 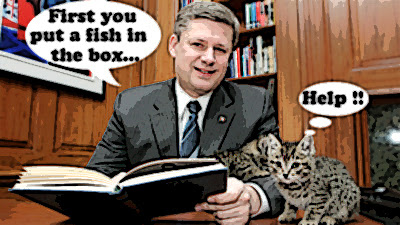 While my dog writes a LOT of my posts... 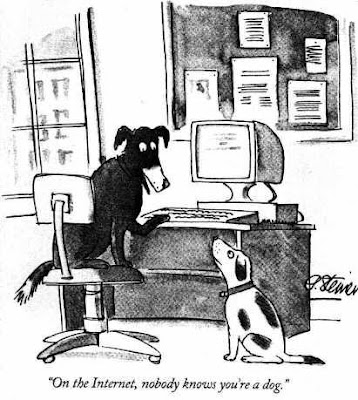 You may have noticed eh?

On the other hand...cats don't like to roll in stinky things.

And so don't have to be punished like this very bad doggie had to be today... 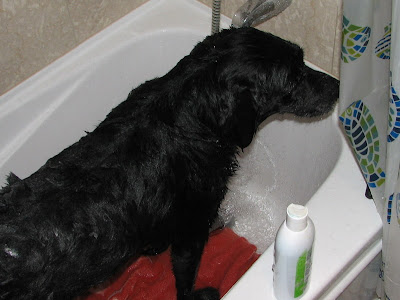 While his unfortunate owner wondered whether he was going to vomit in the tub. Or could make it to the toilet.

So tonight ,at least in this house, cats are looking pretty good eh?

Although, as I've said before, I do have to say this:

Dogs. How can you live with them?

How can you live without them? 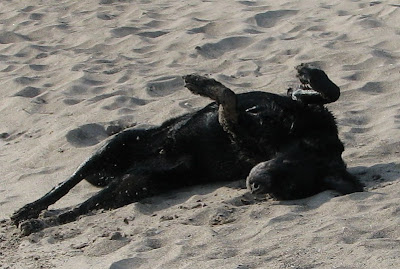 I love cats and dogs. Even when they're naughty. But why oh why did someone shave/groom that poor kitty to look like something out of "The Lion King"?

Sooo funny. I and some of the extended family, were moving. As houses were sold, we all ended up in my house.

My son and daughter-in-law have dogs. I have a cat. I could hear one of the dogs whining. I called out to see what was wrong. My daughter-in-law said, the cats in the pathway and won't let the dog by. I sort of thought, she's just a dumb little cat, how can it be, thought deliberate.

I then knew, the cat planned everything she could think of, to upset the dogs. As I now knew what the cat was up to, I saw she ruled the dogs, with an iron paw.

Something else, I got a real kick out of. Look on u-tube, twin baby moose playing in sprinkler. Mother moose wasn't in the least concerned. I was surprised she would bring her babies, so close to humans. But there they were.

hi Beijing...are you sure that Simba the cat is groomed, or an exotic breed? Because I thought he/she looked cute, the kind of cat that doesn't put up with any nonsense. But then I love all animals, and unfortunately this post was written by my dog. I mean why do you think I call him Kerouac ? :)

hi anonymous...all the dogs I've had have been terrified of cats. Or given them their due respect.
My dog copes with cats invading his domain, by first hiding his favourite stuffed toy, and then pretending they're not there.
Of course, if they hopped like a bunny, or ran up a tree like a squirrel, things might be different... ;)