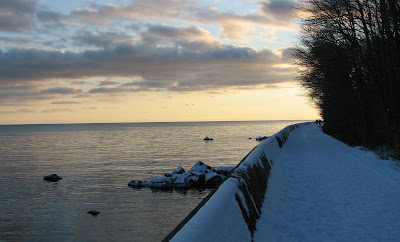 An amazing thing happened this afternoon eh? As soon as the three opposition leaders announced they would work together to bring down the Harper Regime.

It started to snow, and Canada looked as beautiful as only Canada can.

It was as if the gods of The Great White North knew that the filthy Cons would soon be gone, the smell of syphilis and corruption would lift, and our country would soon be clean again.

For it has been a horrible nightmare.

Stephen Harper and his political thugs have corrupted this country, gnawed on its guts like a cancer, and they must be cut out and thrown into the garbage can of history if our Canada is to survive.

And now we are free to attack them like they have never been attacked before, as thieves, thugs, homophobes, misogynists, liars, bullies, and above all TRAITORS.

For they are trying to turn our country into ugly AMERIKA. And we will not let them.

We love our beautiful Canada and we want it BACK.

Hooray for Jack Layton for daring to fight the Cons even though he is not well. Hooray for Michael Ignatieff for finally doing the right thing. Hooray for Gilles Duceppe for standing up for Canadian values.

Tomorrow we can talk about how we can club the Cons like seals. Or like the rabid attack hogs they are.

But tonight, after seeing that, I made a quick little video to help remind us what this struggle is all about.

And what Stephen Harper's ugly Cons have done to our country...

I've never been so proud to be a progressive Canadian eh?

So grateful for the chance to join so many others in trying to save our beautiful country. And I don't care what the pollsters, or the pundits or the pompous poobahs of the blogosphere say. Because enough is enough.

And any Canadian who can live in the totalitarian sewer that is Harper's Canada, and watch our democracy slowly being strangled, without lifting a finger to stop the maniac tyrant, is almost as bad as him as far as I'm concerned.

Jack Layton has been formidable these past 2 days

Jack's health is a concern. If not a Liberal majority, a coalition with the Bloc and NDP, would be better.

Here is a link to my blog where I rewrote the lyrics to the Canadian anthem:

hi Oemissions...I agree with you. I am extremely impressed with his courage, and I think a lot of other Canadians will be too. He could have settled for half a loaf, and taken the summer off to recover, but he told Harper to stuff himself. Good for him...

Stephen Harper - in it for himself

hi Mark...his health is a concern, but I think Canadians will understand if he paces himself, and every appearance will reflect on him well. As for a coalition I have always been a big supporter of the whole idea. I consider it a very Canadian form of government, and if we can't unite, the best way to get rid of the Cons...

hi James...I'm glad you like that post, and I love your new national anthem...and your dog. :)
I hope you're wrong about this line though:

The true north too blind to see

Because that's my worst nightmare. Canadians too dumb or disconnected to realize what Harper and his gang are really doing.
We can only water the dumb, but as for the disconnected I think we can wake them up... ;)

hi Alison...one of the things those Big Brother Cons are always doing is accusing others of doing what they are doing. So you're absolutely right, when they say "Ignatieff he didn't come back for you," it should be "Stephen Harper - in it for himself."
But luckily we have a whole election campaign to hammer that message home... :)