Frank Graves and the Con Homophobes 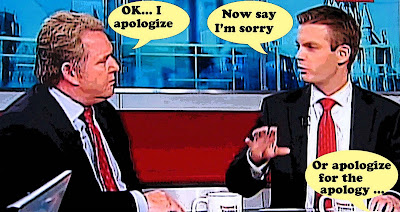 I'm sorry to see that Frank Graves has apologized for the crime of offering some free advice to the  Liberals.

Which is completely absurd, because there's nothing to apologize for, any other serious pollster would have told the Liberals the same thing.

And the Con complaint to the CBC is ridiculous, and nothing but a  smear.

Especially since the CBC is CRAWLING with Cons, and the ugly repuglican dwarf Rex Murphy sounds like Sarah Palin's little puppet. 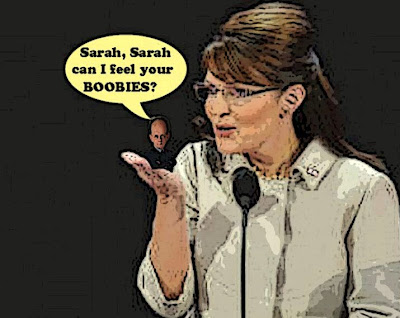 Sucking up her farts and blowing them out of his piehole. And he's the editorial voice of the CBC National News. WTF?

Oh well. At least Frank Graves didn't completely cave back down on this:

I don’t think the Prime Minister’s racist or a homophobe, nor do I think members of his cabinet or his caucus are,” he told The Globe.

“I do believe, and this gets more subtle, that there is a higher incidence of people who are less tolerant to homosexuals and more wary of other races, within the Conservative Party. I can demonstrate that empirically."

Although now it's his turn to look ridiculous. Because the truth is the Con caucus and cabinet are CRAWLING with homophobes. The PMO is run by religious fanatics who are waging a culture war on gay people and women. The repugnant bigot Charles McVety is Great Ugly Leader's spiritual boyfriend.

The poison is spreading everywhere.

Mr. McVety, president of Canada Christian College in Toronto, said the curriculum must be seen in the larger context of liberal social engineering.

"This is part of a militant homosexual agenda to normalize homosexuality in everyone's mind and thereby promote homosexuality. If we teach our children these things ... guess what? That's what they'll practice."

And in the ReformCon homeland of Alberta, gay bashing isn't even a hate crime. 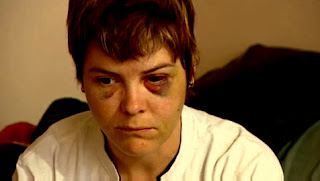 Oh yeah. Stephen Harper and his Cons are the foulest homophobes this country has ever seen.

They may be pretend they're not. They may fool some idiot Canadians...and muzzle others. Or turn good people into COWARDS.

But they'll NEVER fool me eh?

Because I see the blood their hate is spilling.

You know I think the reason the Cons are squealing so much about Frank Graves, is because they're TERRIFIED about what he told the Liberals.

Are you ready for a culture war?

Well, it's pretty clear you want a culture war.

Good luck fighting it when Canadians won't join you in it.

The assault on Shannon Barry in Edmonton is a hate crime no matter what the police say. At least they have arrested someone

hi Patrick...you may be right about other Canadians not joining in. But what's new eh? Nobody listens to what I have to say. But as I explained in my last post, Harper and his gang have been fighting a culture war for years, so it seems only fair to fight fire with fire.
And one day my genius will be recognized... ;)

hi Scott...thanks for the update, the good news and the bad news.

And I have to agree with Shannon:

"Obviously the incident was random, but that doesn't change the fact that they called me a faggot and kicked me in the face... Maybe I don't understand how to define hate crimes, but to me that speaks loud and clear."

The fact that it isn't considered a hate crime is simply outrageous...

If you want to accuse Stephen Harper and the Conservatives of waging a culture war, Simon, at some point you'll have to produce some compelling evidence.

To date, you've produced none.

Actually, Patrick Ross, the Conservatives are in culture wars against Torontonians, other urbanites, gays, Muslims, women, and democrats. The trick in having a culture war is not telling everyone that you are having one. The Conservatives do that well.

Canadians are already up to their necks in a culture war, whether they even know it or not.

Steve is in power larely in part because of such divisiveness. His favorite game is Divide and Conquer, and he seems to never tire of it.

It's largely in part why a coalition with the Liberals and the NDP is unlikely; because Steve has effectively kept them divided.

No, the country is already divided as Graves suggests.

Your own say-so is not enough to demonstrate that the Conservative Party is waging a culture war against these particular groups.

I have yet to hear a single one of you produce compelling evidence of any such culture war.

hi Patrick... something tells me I'm not going to change your mind, but then I don't think any partisan blogger has ever convinced another to do that in the entire history of the internet.
But while I await Frank Graves' empirical data, I'll offer up two examples
(1) The demotion of Diane Ablonczy after McVety complained about her decision to fund the Gay Pride Parade. Even though she's one of Harper's most loyal supporters and by all accounts a pretty decent person.
(2) The way Jason Kenney excised all mention of gay rights out of the Citizenship Guide. Even though immigrants from homophobic cultures need to know that in Canada our culture dictates that gays and lesbians should be allowed to live in peace and dignity.
Look...I wish the Harper Conservatives weren't so dependent on their religious base. But the fact is they are,and those views are shaping policy, which I find intolerable.
If they were more like my Dad's Conservatives (in Britain) you know obsessed with small government, or the demise of good manners, I still wouldn't vote for them.
But I sure would do a lot less blogging... ;)

re: your Dad's Conservatives... I thought you might enjoy this: