The Lesbian and the Fake Prom 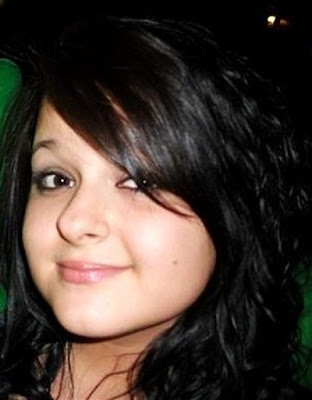 You've probably heard of Constance McMillen, the 18-year-old lesbian who fought for the right to bring her girlfriend to her prom in Fulton, Mississippi.

She won a court order after the school cancelled the prom rather than allow her to attend. Then they organized another one for her.

But when her big night arrived it turned out to be a fake prom.

What nasty little white trash bigots. And what a sad story. Although there was something to celebrate:

Two students with learning difficulties were among the seven people at the country club event, McMillen recalls. "They had the time of their lives," McMillen says. "That's the one good thing that come out of this, [these kids] didn't have to worry about people making fun of them [at their prom]."

Meanwhile in Cochran, Georgia, Derrick Martin has been told by his school that they can't stop him from bringing his boy friend to the prom. 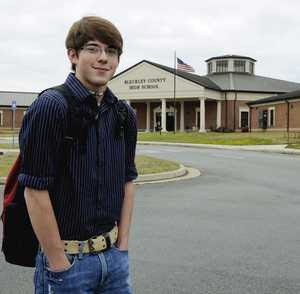 But he's feeling the heat from other students.

“I don’t believe in going up there and dancing with gay guys like that,” she said. “It’s also not just him bringing a boy. It was bringing all this attention to it.”

We knew Derrick was gay,” said Keith Bowman Jr., a high school senior who showed up at the rally. “They don’t want (Cochran) to be known as a pro gay town.”

They are talking about organizing a separate prom.

And oh yeah...like so many other gay teenagers he's been kicked out of his home.

As a result of the media attention, Martin’s parents have kicked him out of their home, and he’s staying with a friend in Cochran.

Martin’s father is a math teacher at Bleckley County High and is the school’s Teacher of the Year.

I know all too well that what doesn't kill you can make you stronger.

And that Constance and Derrick are setting a magnificent example for gay kids everywhere.

But when will this cruel bigotry end?
Posted by Simon at 3:41 PM

Over at Proud Fringers on FB, we are all outraged about the brave young woman in Mississippi & the incredible cruelty of the town/school/parent/students! Now hearing you tell of another case like this, this time in Cochrane, Georgia underlines how pervasive homophobia still is.
And this young man's father is a TEACHER - who also kicked him out, apparently? Just curious, I looked up Dad's page on the high school website, in case anyone wanted to email him.....
http://bchigh.ga.bch.schoolinsites.com/?PageName=%27TeacherPage%27&StaffID=%2758550%27

So very sad. My heart is broken for these kids, but I'm also so proud of them for refusing to go back in the closet. I don't know if I would have had the chutzpah.

I think they should just have two and let the kids decide which one to go to without influence of parents, teachers or so-called community leaders.

There should just be an all inclusive prom and a bigots prom and lets see which is the most popular.

hi CanNurse...I wouldn't e-mail the dad because what would I say to him? How could you do that and call yourself a father? And don't you realize what a great teaching moment it would have been to tell the kids that you accept people for who they are? Mr Teacher of the Year.
As for Constance's story...I write about this stuff all the time, but I have to admit it really saddened me. It's unbelievable how cruel some people can be.
But then fifty years in the same part of the country I've seen video of white high school kids chanting "Two,four,six, eight,we don't want to INTEGRATE."
The more things change in Bigotville, the more they don't...

P.S. I also have to admit that I couldn't help thinking of the beautiful Sissy Spacek in Carrie, and her spectacular revenge... ;)

hi Dr.Prole...yes it is a terribly sad story, and I find the casual cruelty deeply disturbing. But you're right about how brave they are. While I was researching this post, I came upon a story about what it was like for Constance to return to school after her court victory. And the hostility she had to endure as she walked the corridors.
I also loved how she talked about those special needs kids who were able to party as they couldn't have done at the bigot prom.
So Constance's prom may have been a small one, but her example to other gay kids is HUGE...
And I may hate their music, but I'm extremely proud of our new generation !!! :)

hi RWW...in an area with a dark and bloody history of slavery and segregation, the school should have set an example and declared that there would be one prom, and that everyone would attend that one. Because those bigots have a lot of bad karma to blow away.
By organizing a "alternative" prom while allowing the other to go on...wink...wink... is simply inexcusable.
As for allowing the kids to choose what prom to go to, that might work in more enlightened communities. But thanks to ignorance and bad religion most of these kids are bigoted, so you would have ended up with the same division.
I blame the school board for this cruel hoax. They are supposed to lead by example, and they didn't...

Simon - You asked, "What would I say to the Dad?"
You just said it: "How could you do that and call yourself a father? And don't you realize what a great teaching moment it would have been to tell the kids that you accept people for who they are? Mr Teacher of the Year."
Pretty much perfect, I'd say. ;-)

Teenagers are bad enough on their own, but to have this kind of bullshit sanctioned by parents and teachers is truly disgusting. What's the suicide rate among gay and lesbian teens again?

Shunning is not a Family Value. But trust these phobes not to get that. The kids are to be applauded for NOT taking the easy way out.

I didn't realize the boy's dad was also a teacher. Damn, that's just doubly cold! What kind of message is he sending to OTHER gay kids at that school? Because if one in ten is gay, that blessed boy can't be the only one...and I wonder, would he mark them lower in class, just out of sheer spite? Or do other things to make them feel unwelcome? I'd never put it past such a person. There are plenty of phobes in positions of authority, and they do love to abuse them, as Constance's case clearly shows!

hi CanNurse...yes if I just said that to that awful dad it might be good. But knowing me I would probably add "You BASTARD !!!!"
And that would ruin everything. :)

hi Jennifer...although I have a very low regard for the kids who marginalized their fellow students, I mostly blame the school board and the parents for setting such a bad example. And as for the father it's the ultimate betrayal.
I don't know what the suicide rate for gay teens is in the U.S., but I did see a study recently that found that ninety per cent of gay teens in the U.S. reported they had been attacked in one way or another for being who they are.
Which makes what happened in that nasty little town even more disgusting...

hi Bina ...yes the Teacher of the Year ran off with Bigot Trophy didn't he? Altough those nasty kids weren't far behind. The casual cruelty of it all makes me sick to my stomach. And the attempt to humiliate makes me see red, because I hate bullies so much. But you said it better than I ever could in your amazing post about some of the things you had to endure.
I was stunned by its power, and as I said in your comments, you spoke for all of us...