Elizabeth May Says The Greens Are Finished With Warren Kinsella 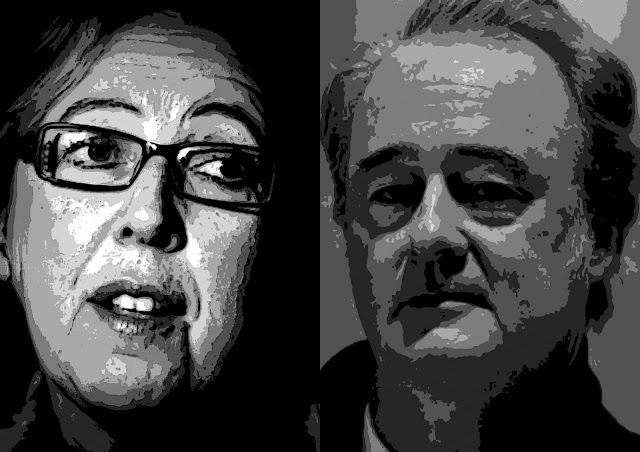 It was one of the worst political moves in modern Canadian history. Elizabeth May's decision to hire Warren Kinsella to run the Green Party's War Room, or as she prefers to call it the Zen Room.

And it must have cost the Greens tens of thousands of supporters all over the country.

But at least we can now say this:

May's fling with The Prince of Darkness may have been shocking. 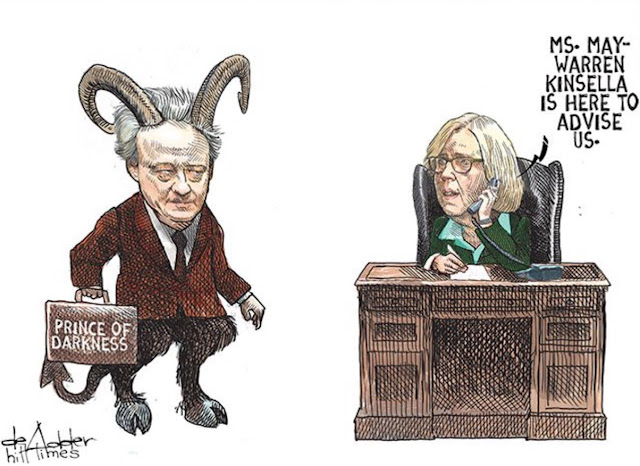 But at least it's over. Already.

Green Party Leader Elizabeth May has wound down a controversial working relationship with former Liberal strategist Warren Kinsella, saying, “He’s finished whatever work he was doing with us.”

“He was setting up this room for us,” May told me in an interview on Tuesday. (The Green leader won’t use the popular parlance of “war room.”) “I’m grateful for his help in setting it up and he's wishing us well, but he’s not physically working in our shop. He’s not working for us.”

The Green Party’s national campaign manager, Jonathan Dickie, said Kinsella had asked him to respond to the Star on this issue, and the message was the same, up to and including the use of the past tense. “Warren was hired to set up our quick response team. He's done that. His Daisy Group colleague Tom Henheffer, who has worked on many war room campaigns with Warren, will be running the team.”

One of Kinsella's Daisy Group colleagues will be running the Green's War Zen room? The Green's campaign manager gets to speak for the Prince of Darkness? How weird is that?

So my view of this unfortunate episode is the same as the day I first heard about it:

That view may have earned me one of these... 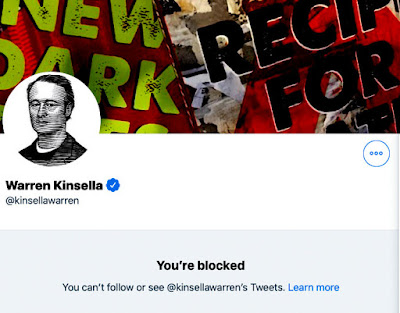 But I consider that a badge of honour.

And I'm grateful to Kinsella for having unintentionally warned us about  May's dubious political judgement.

By reminding Canadians that anyone who could work with him, could also end up working one day with Scheer's ghastly Cons... 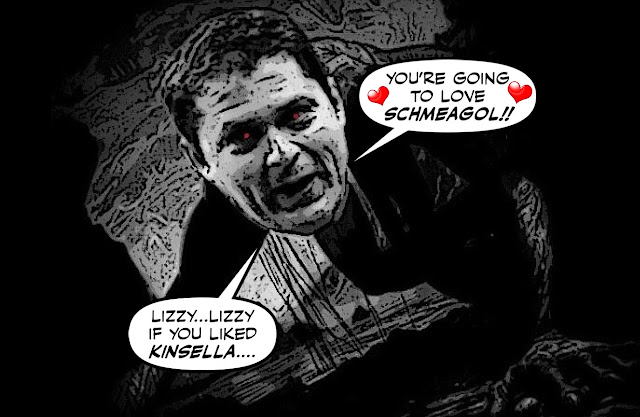 For no sane person can now trust the Green Party not to prop up a Con regime.

And of course by reminding everyone that the only leader who can defeat the ugly Cons is this one... 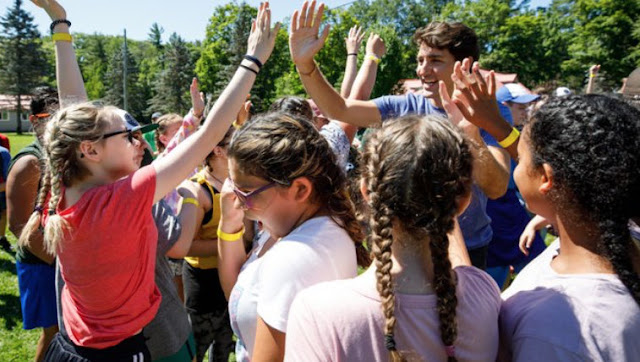 The one who best represents our values.

The one who can best prepare us for a greener future...

Jill Stein North employs Roger Stone North. Not even hiding their copycat American strategy anymore. They even put out a video telling people not to worry about vote splitting. That's a load of recycled manure if there ever was one. Someone needs to investigate who's paying the Daisy Group. I wouldn't be surprised if they were on Jeff and Hamish's payroll. I wouldn't be surprised either if he or one of his hired hacks ghost-wrote Judas W-R's book. Let the sick bastard wither up in the dark.

Elizabeth May has taken the Green cause of her life and given it a whole new meaning:
The definition of 'Green', as a noun, is positive in all its permutations.
With her missteps this political season she's managed to turn 'Green' into an Adjective.
adjective: not fully developed or mature; not ripe
adjective: looking pale and unhealthy

Turn out, Lizzie agrees with Butts.

FYI, the Bloc Turquoise (I'm trademarking that term for the Blue-Green Cons) are out with their first #HamishMeme from the Pushing Daisies Group ...and it was thoroughly debunked by Chris Turner.

I hope people see through their campaign of fertilizer. The Liberals aren't perfect (no one is) but they're the only ones dealing in the realm of facts and the only defense against far, far worse. Like it or not this is a two-party race and I really wish the spoilers would just go away.

At least Gerry isn't a 9/11 conspiracy kook who thinks wifi causes windmill cancer. Next talking point from WK will be that Justin hijacked United 93. Anyone who isn't #BlockedByKinsella ask him if he thinks Pierre killed JFK? Then again, maybe not -- no point in giving Ted Cruz an alibi.

Not to flood the thread but, anyone have any idea why the Liberals aren't mounting an offensive against the spoiler parties? What are they planning to bring back the left flank who've been pitching hyperfocused tantrums about pipelines, "neoliberal corporate welfare," and proportional representation?

Speaking to candidates at a downtown Ottawa hotel, Trudeau framed the Oct. 21 federal election as a choice between competing agendas of the Liberals and Conservatives while omitting any reference to the New Democrats.

Or the Green Party for that matter. Seems to me they face more of a danger of purity progressives splitting the vote than Red Tories/Blue Grits joining the Con fold. Especially with WK involved and his vendetta at the forefront of their agenda.

I hope whatever strategy they're using works. I'm still worried, because somehow I don't think ignoring Jagmeet Sanders and Lizzie Stein will make them just disappear. Much as I wish they would.

I wont be fooled again

The Cons have infiltrated the Green's messaging strategy on climate change in order to deflect attention from the fact that the Cons do not have a plan or targets on reducing greenhouse gas emissions. Open the firehose of misinformation and wash away public awareness of the fact that runaway carbon dioxide emissions associated with burning fossil fuels is driving the looming climate catastrophe known as global warming. Yes, there are numerous side issues such as other pollutants, natural cycles, rapidly expanding industrialization in other parts of the world but the bottom line is the more carbon containing fuel consumed the bleaker the future. Its a simple message but just watch how the Cons and their lackeys will turn it into a three ring circus with all eyes on the clowns. The irony is that the upheaval will affect the majority of the population without the financial resources to move and adapt the hardest yet they continue to support the Cons..... must be for their entertainment value!

Purity voters will be the death of us all.

Not all sectarians are Sparticists on the far left...