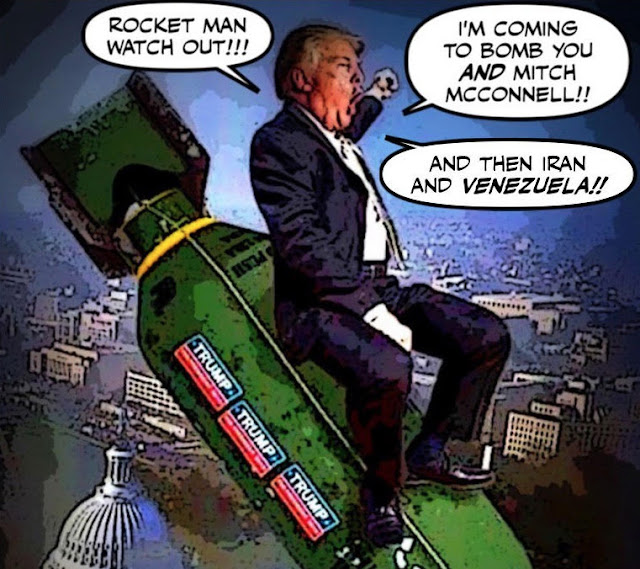 Donald Trump has been losing his marbles for a long time, but now it seems the last few are blasting out or rolling out of his rear orifice. And it's a scary sight.

He's threatening to bomb the North Koreans, the Iranians, the Venezuelans, and his own party.

And now he's taking his assault on America one step further.

By declaring war on the National Football League. 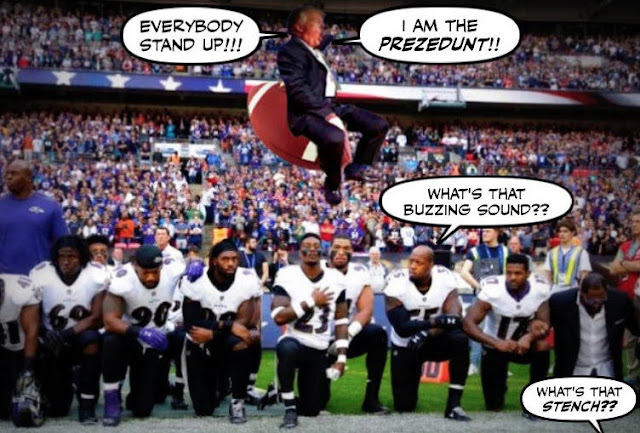 Only to get his orange ass kicked over and over again by a massive nationwide protest. 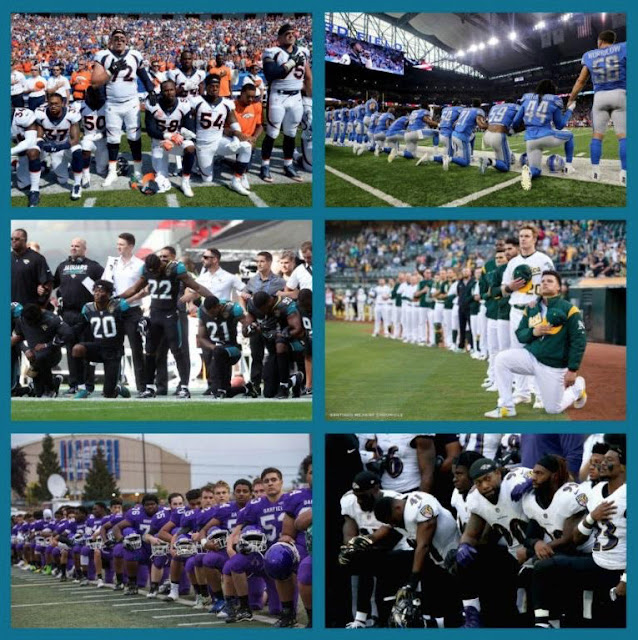 And be branded once again as the Great Divider.

Never in modern times has an occupant of the Oval Office seemed to reject so thoroughly the nostrum that a president’s duty is to bring the country together. Relentlessly pugnacious, energized by a fight, unwilling to let any slight go unanswered, Mr. Trump has made himself America’s apostle of anger, its deacon of divisiveness.

In his brief career as president and a candidate for president, Mr. Trump has attacked virtually every major institution in American life: Congress, the courts, Democrats, Republicans, the news media, the Justice Department, Hollywood, the military, NATO, the intelligence agencies, the cast of “Hamilton,” the cast of “Saturday Night Live,” the pope and now professional sports.

Or the bigot-in-chief and king of the racists... 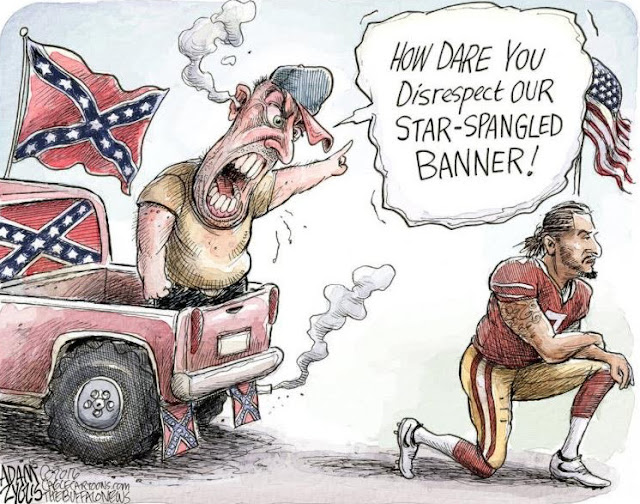 A political mobster who would do anything to try to distract Americans from his crime family.

Or his treasonous activities... A traitor who has done more to divide his country than any other president in modern American history...

And who is slowly but surely leading his country towards a new civil war.

To try to counter Trump's divisiveness, the NFL is is once again running this TV spot called Inside These Lines. 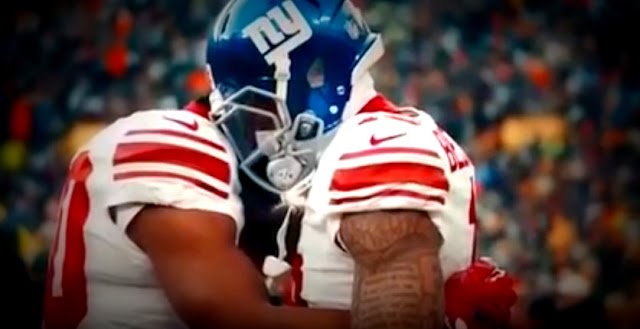 But everybody knows that America will never be united again.

Until Trump is finally defeated.

And him and his hateful legacy are finally destroyed... 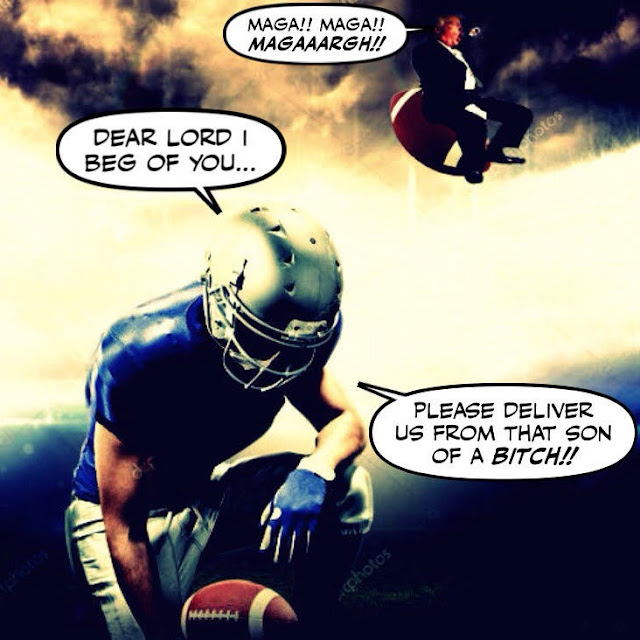 I have been watching the last ship, Trump would fit right in.

As sick as Trump's flag comments are, the ones encouraging the NFL to be even more violent are worse. As I'm sure you know Simon, many doctors believe that football is sport that should be banned, since the brain damage it causes is now too obvious to be ignored.

hi anon...I am very aware of the concussion problem, and will write something about it soon. It's not just a football problem, it's also a hockey problem, and to a lesser extent a soccer problem. But when reality hits home, it's going to have a massive effect on professional sport...

hi Steve...I'm not sure what you mean, but then I'm not sure I understand what Trump is doing, except divide Americans even more than they already are. Puerto Rico is convulsing in agony, the North Koreans are talking about shooting down American planes, and Trump is tweeting about national anthems at football games? It's madness I tell you...

don't know why Trump is so upset about all of this, its not like foot ball players used to be on the field when they played the anthem. The only started going onto the field when the NFL was being paid to do so to increase patriotism. Gee, if you have to pay a professional team to participate in increasing patriotism, something might be wrong with your country.

A list of Trump's latest comments: How many are actually true?