Guess Who's Going Into The Marijuana Business? 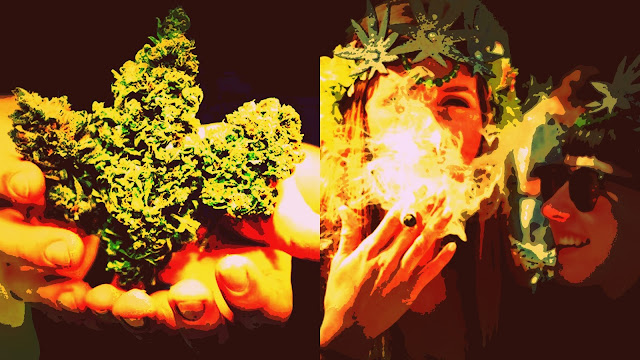 A few days ago I wondered how long we might have to wait before marijuana is legalized in this country.

And whether the premiers, the police, and Andrew Scheer's Cons would be able to stop the Trudeau government from making next years's Canada Day also Cannabis Day.

But now I'm feeling a lot more confident that the target date will be respected.

Now that I know that two former senior police officers, including one who was a Con minister, are jumping on the marijuana bandwagon. 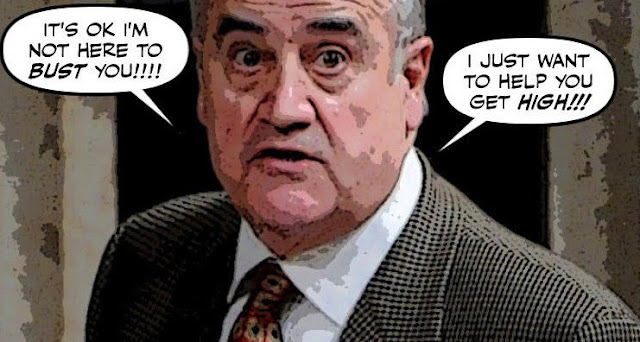 And that one of them is no less than Julian Fantino.

Two of Canada's former top cops – one of them recently a Conservative cabinet minister – are helping launch a new prescription-marijuana business. Julian Fantino and Raf Souccar are executives with a business that will open a storefront clinic in a strip mall north of Toronto in the coming weeks.

Which couldn't be more ironic considering how Fantino ended his political career. 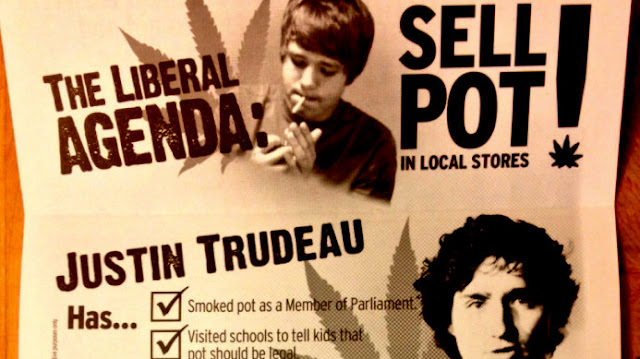 And how many years he worked for Stephen Harper, whose views on marijuana couldn't be more deranged... 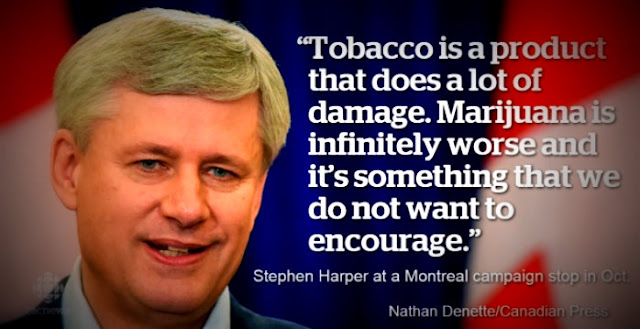 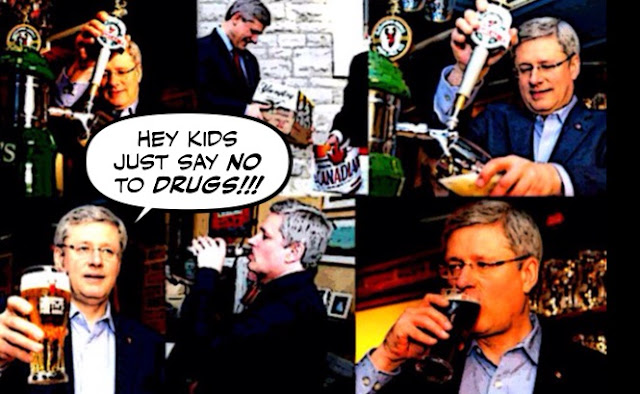 But then as Fantino says times change, and his new job will make definitely make him more popular with veterans than he was when he was the minister of Veterans Affairs. 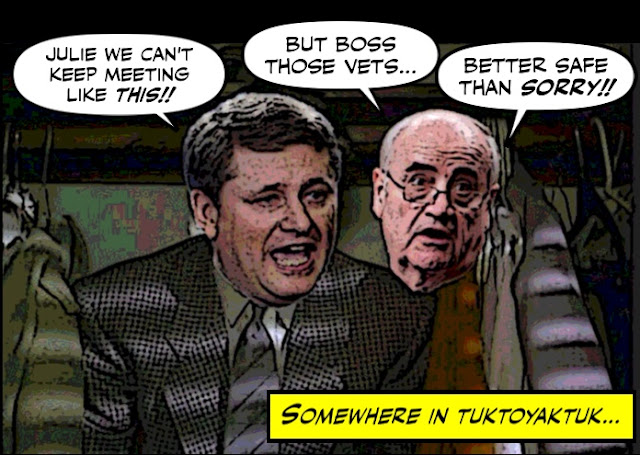 And it is a Big Business opportunity.

Statistics show that when Mr. Fantino took over Veteran's Affairs in 2013, it was spending about $400,000 a year to help just over 100 veterans fill their prescriptions. When he left two years later, it was spending $20-million for more than 1,700 veterans.

Since then, under both Liberal and Conservative governments, the numbers have exploded. On Friday, the department told The Globe it expects to spend $90-million reimbursing veterans in the coming fiscal year.

For as Rick Mercer reports, even those who would try to delay the legalization of marijuana in this country, can't conceal how much money there is to be made...

You know, I'm glad that Fantino has seen the light.

"We have evolved. In our drug squad days we kept locking people up. Did we care about this other stuff? Not really," he says. "This was our job right? But eventually in your life and your career you become more aware."

And that he's going to make money helping people access marijuana, instead of busting them for consuming it.

But who can put a price on all those mostly young lives ruined by the Great War on Drugs? 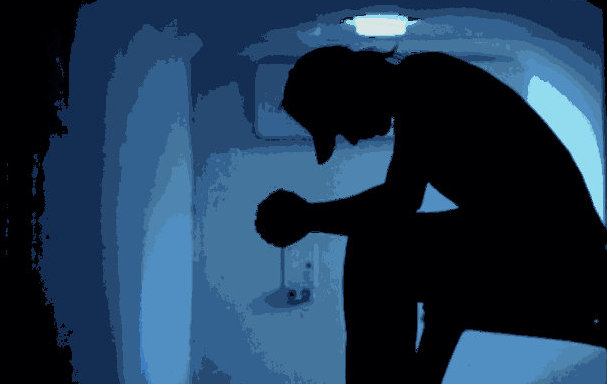 And who will pay for the cowardly hypocrisy of so many politicians? 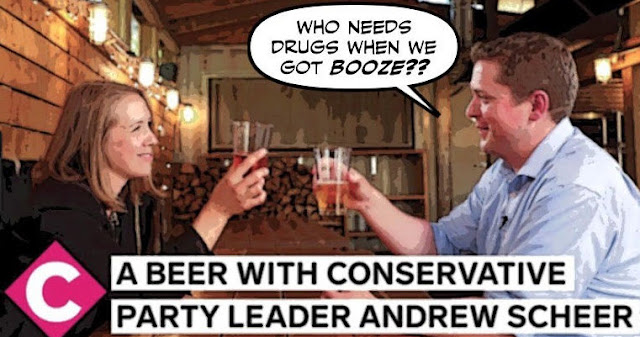 Tell Scheer and all the others to stop dragging their heels and approve the bill legalizing marijuana.

Or we will smoke them all in the next election...

of course they're going into the m.j. business. they're out of politics and they want to make money. usual cons. perhaps they are going to finance the next political campaign with funds from their new business.

the sooner this is all legalized the better off we will be.

The idea of Fantino making money from the veterans he treated so badly, and after the way him and his Cons used reefer madness to attack Justin Trudeau is disgusting. And Andrew Scheer is the same kind of hypocrite.

TBH, JT seems to be more of a Molson than Mary fan himself (as he told Vice TV), probably because of his mum's statements about weed exacerbating bipolar disorder (and the chance that he inherited whatever mum's triggers are and doesn't want to take the risk). Alcohol is certainly no salve for it either, although at least he looks to be a "social drinker" in regulated moderation -- champagne at formal events, French wine at dinner, and the occasional brewski at a campaign outing or hockey game. He certainly isn't a full-blown functional drunkard. Trump, meanwhile, claims to be a teetotaler because of his brother, and yet he's an absolute menace. (Maybe if he smoked a bowl he'd chill out. Or maybe he'd be Dr Jekyll x 100. One hopes never to find out.) MacDonald had a built-in cotton gin for his liver, and he was also an a*hole. Seems to me the (alleged) pothead is a nicer overall guy who's doing a much better job.

That said, whatever Justin's personal proclivities are, at least he's doing the humane and common-sense thing for Canadians. Prohibition didn't work for booze in the '20s, and it doesn't work for weed now. The ideal would be the Portuguese model, but at least those who get hooked on heroin in Canada have the option of safe injection centers until (and if) they're ever ready to wean off it. (Another thing that the sadistic Harper and his Nurse Ratched health minister Ambrose didn't want.) Medicinal cannabis is arguably the safer natural option compared to opioids, and as for the recreational variety, if Canada doesn't put problem drinkers or Happy Hour frequenters in jail, then they shouldn't do the same with people who "smoke weed every day" as an outlet either.

Con voters will never see the inherent hypocrisy, of course. For Liberal die-hards, this'll be sweet schadenfreude and icing on the cake. Hopefully it serves to push the squishy fence-sitters in the direction of not staying home or splitting the vote like they've done before. The southern neighbor, meanwhile, is a lost cause thanks to the reefer-madness A.G. who's still fighting for the "Lost Cause."

Canada's not tired of winning. But it looks like even some of the cons are tired of their own party's whining. Justin's obviously a fan of quirky socks, but I wonder if Scheer is fond of screen-printed T-shirts? There's a popular one for sale at various outlets that reads, "Poor Me More Whine."

hi e.a.f... yes you're right, they are Cons and whatever principles they once had can easily be bought. Like you I can't wait for the day when all this reefer madness is just a bad memory. But I must say I am a little worried by who will be running the marijuana business. After Big Oil, and Big Pharma etc etc, the last thing we need is Big Pot...

hi anon...I feel the same way you do, but it seems that Canadians have very short memories, and all the fighting spirit of a wet rag. But one thing is for sure, Scheer is not going to get away with his clammy reefer madness like his master Harper did for so many years...

A few views on this:
1. Watch the new Kingsman movie - Fantino et al would fit right in with Poppy. Legitimize the industry or we threaten you all.
2. No one will make money from marijuana once it's decriminalized and you're allowed to grow a few plants in your backyard. Booze is harder to produce, store, circulate and store, whereas weed is, well, weed. It can be grown anywhere, any time.

On the latter point, it becomes truly absurd that the Ontario Libs have probably already sunk millions into the CCBO. Of course, we'll hear the endless parade of ads and infomercials about how only government weed is safe weed and everything else is laced with poisons and other drugs.

In summary, I can't wait to see Fantino crash and burn. The intense hypocrisy of the situation is maddening to say the least!!

hi anon...although I know a lot a lot of drinkers who are really nice people i.e. almost all of my friends. I have never been a drinker, much to the horror of my Scottish granny who used to say that those who start late are usually the worst. And since I have seen the bloody effects of alcohol abuse up close, I'm glad she was wrong, and think marijuana is a much better and safer drug. As you probably know, marijuana prohibition had more to do with racism than anything else, and remains a convenient tool to justify police searches and generalized oppression. Portugal is a very good example, but I'm not optimistic that the rampant anti-drug hysteria in North America can be overcome that easily. Justin Trudeau was right to decide to legalize weed, and he should stick to his gun or his bong... ;)

Fantino built a career on arresting little boys (high school kids) who at the sight of a joint or two,,, he'd arrest a ruin their lives while climbed and climbed all the way to chief of cops in Toronto... This Con is the lowest of the lows and here he is again proving it... As I lived in the riding he ran in,,, you don't know the amount of weed mail I received from this shite about how T would be selling to kids on the corner store... I feel very sick as this puke keeps re-inventing himself into an uglier and uglier being...

In Nanaimo, B.C. and we have Big Pot. Its a legal m.j. grow up. Takes up a couple of buildings. actually thought it was manufacturing of some sort, well it is. its an American corporation who grows the stuff. they pay their staff $15 an hr. Fire people after a few years, well layoff and then hire more. From what I understand they have enough lawyers walking around the place to make people think its a legal firm, but its just big Pot's legal arm on the work site.

I'd prefer to keep big corporations out of the mj business. I's prefer it to be something akin to estate wineries except they'd be estate m.j. growers.