Donald Trump and the Deplorable Ship of Fools

Yesterday I wrote about how Donald Trump's dinner with Nancy Pelosi and Chuck Schumer had outraged many of his loyal supporters.

After it produced a deal between the main course and dessert to protect young undocumented immigrants.

A deal which has given the Republican leadership a bad case of indigestion.

One that has the alt-right rag Breitbart calling Trump "Amnesty Don" and accusing Trump's opponents of gloating.

And one that has some of the Orange Oaf's most fanatic supporters going to extraordinary lengths to show how betrayed they feel. 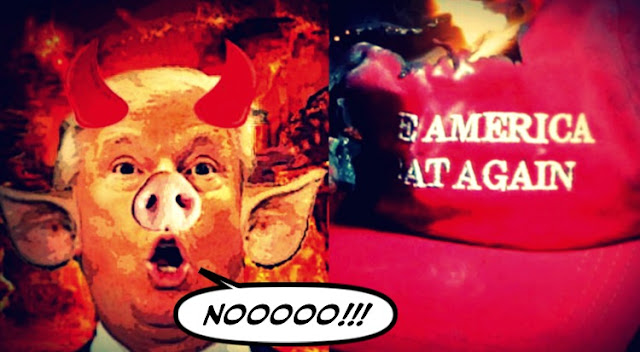 Which considering the amount of money Trump makes selling them, is a good way of hitting him where it hurts.

But on the other hand is probably going to end tragically eh?

Since some of his deplorable supporters are so dumb they'll almost certainly forget to remove their hats before they set them on fire... 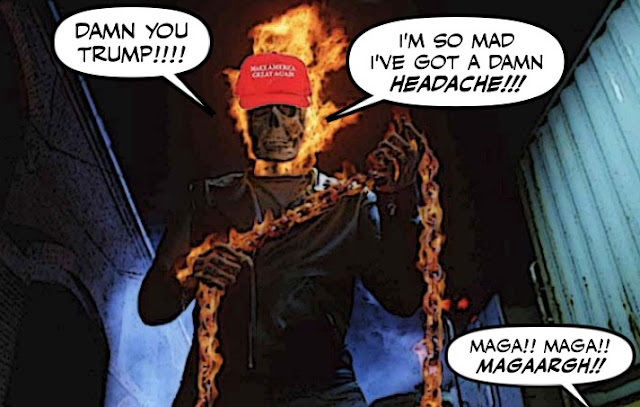 But what none of those pathetic Trumpkins should be, is surprised.

For as the blogger Jim Wright points out at Stonekettle Station, anyone who believes any of Trump's promises is riding on a ship of fools.

These are the same drooling cross-eyed dipshits who think a billionaire New York real-estate developer who builds tacky casinos and swanky country clubs staffed by foreign workers, a Reality TV host whose shows are an hour-long fuck-fest of tits and ass and self-serving backstabbing narcissism portrayed by the personification of some backwoods West Virginia county fair demolition derby cheered on by drunken rednecks in cow shit spackled overalls, married to a string of vapid trophy wives, buoyed up incestuous nepotism, and surrounded by a scurrying host of toadies, sycophants, ass kissers, discredited fringe political hacks, cashiered generals, Wall Street crooks, war profiteers and foreign interests, a guy who has never shown the least charity or nobility or degree of compassion, a guy who daily craps in a golden toilet, yeah, that guy, is actually going to look out for their interests from his penthouse windows.

These are people who steadfastly refuse to face reality in any fashion while the seas rise and America falls.

There are no simple solutions and there never have been. If you believed Trump’s promises, well, you’re a goddamned fool and you have nobody to blame but yourself.

And really what more can you say, that Jim didn't say?

America can abide a foolish leader, for a while anyway, but it cannot long survive as a nation of fools. If you want a better nation, a better civilization, then you have to be better citizens. For starters, that means being smart enough to know when you’re being conned. And then to face the world as it exists, not as you want it to be.

Except offer those poor dumb Trumpkins a fire extinguisher, just in case something goes horribly wrong.

And they burn themselves AND their houses down.

Although on second thoughts, since they're probably more likely to burn down the Republican majority in Congress, and hopefully the Republican party.

Let's give them a gallon of gasoline instead !!

Remind them that Donald Trump has a long history of flip flopping... 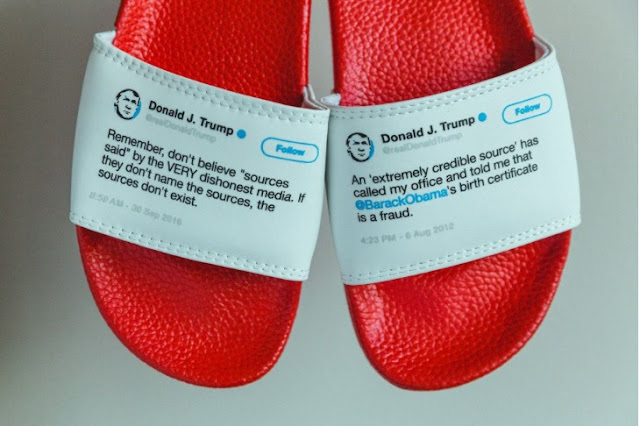 And that when Joe Scarborough recorded this song about a year ago, before Trump was even elected, they really should have paid attention...

Sorry Trumpkins and other suckers, I feel your pain.

But when you vote for a con artist and clown.

A con artist and clown is probably what you're going to get... 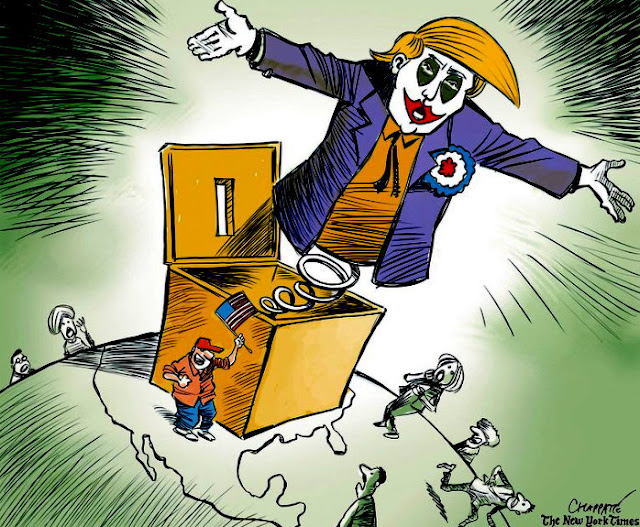 Enjoy him, he's YOURS.

And please help him destroy himself and the Republican party as soon as is humanly possible...

Labels: Chuck Schumer, Donald Trump, Nancy Pelosi, The Death of the Republican Party, The Rise and Fall of the Orange Oaf

He's really walking a tight rope here with his willingness to work with top democrats and keeping his base happy. Politics should be about working in a bi-partisan fashion as the President represents all citizens, not just his rightfully named "deplorable" base. It's not a good omen of things to come when the country is this divided between left and right. The U.S. has always gone through periods of strife and come out the other end, but when was the last time you can recall citizens calling for the death of other citizens over a point of view? The Civil War?

When was the last time you can recall citizens calling for the death of other citizens over a point of view?

I cannot recall but IIRC a favourite pastime for Americans, since roughly George Washington's first inauguration, has been calling their political opponents traitors so they are just upholding an old US tradition.

hi aka Joe...I agree, he is walking on a tight rope. If he was a normal president trying to be bi-partisan would be a good thing. But since he's Trump I really believe, as I said in my post, that he will end up between a rock and a hard place. As you point out, the U.S. is incredibly polarized, and anyone who tries to walk that tight rope is likely to be clobbered by both sides. There is of course also a risk for the Democrats. For if they help make Trump look more reasonable, it could cost them votes in the mid-term elections. And that would make their base very angry...