Tom Mulcair and the Pounding of Stephen Harper 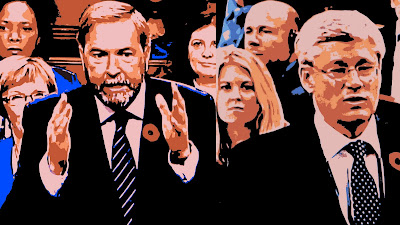 Whatever progressive party you support you have to enjoy the sight of Tom Mulcair going after Stephen Harper in the House of Commons.

Because he has been relentless. Grilling Stephen Harper like a criminal. Pouncing on  every word of his now changing story.

Media reports suggest as many as 13 Tory insiders knew of the financial assistance to Mr. Duffy – a number that raises questions about how so many people could be inside the loop without Mr. Harper being aware of what is happening.

Hanging him with his own words.

Mr. Mulcair, who led the charge against Mr. Harper in the Commons Thursday, pointed out Mr. Harper’s story has changed when it comes to how many Conservatives knew of the Wright gift. The NDP chief pointed out that on June 5 Mr. Harper told the Commons nobody in the PMO had known of Mr. Wright’s largesse.

Pounding him again and again, leaving him looking like this... 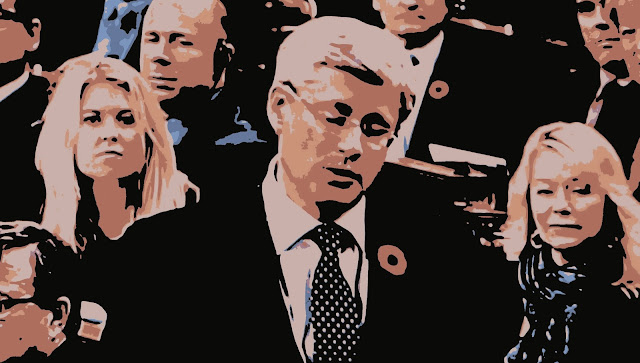 Like a wounded, increasingly desperate leader of a corrupt  government who is making it up as he goes along.

But of course he does have a plan. With the Con convention now only a week away he is just trying to appeal to his brutish base, by offering them the heads of the three disgraced senators on a platter, with apples in their mouths.

While trying to make himself look virtuous, instead of the morally debased political thug who allowed his office to be turned into a nest of plotting, scheming, definitely unethical, and possibly criminal activities.

And who is now after corrupting the Senate, abusing due process, for crass political reasons. And debasing our democracy in the process, as he has done again, and again, ever since he came to office.

And it may work to convince his rabid base, for they are easily convinced. They don't call them rabid for nothing eh?

But I doubt he will change the minds of many other Canadians.

He can purge his problems in the Senate, as casually as he purges himself... 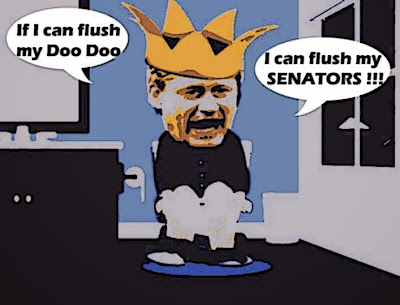 But he will not escape the taint of scandal.

Every new revelation or allegation in the sordid saga of Prime Minister Stephen Harper’s fraught dealings with senators Mike Duffy, Pamela Wallin and Patrick Brazeau seems to heap more discredit on Harper, his office, the Conservative party and its leaders in the tainted Red Chamber. If the Tories were hoping that a speedy Senate purge would make this go away, they must be sadly disappointed.

He will not muzzle or bury this one. It's just too big to ignore, and too disgusting to be swept under the carpet.

Many Canadians may not understand the complete extent of the scandal, but they can smell the stench, and they know HIM.

The unflattering portrait that emerges is of a Prime Minister who stacked the Senate with cronies who mistook the taxpayer’s dollar for their own. Who in Duffy’s case sought to cover up a scandal. Who was left out of the loop as Wright told others in the Prime Minister’s Office of his bid to fix the problem. Who wrongly told Parliament that Wright acted on his own. And who ultimately cut Duffy adrift with scant regard for the niceties of due process.

This is about scandal, cronyism, coverup, evasion, bullying and ruthless expediency. Multiple Royal Canadian Mounted Police investigations into fraud on government and breach of trust. A doctored Senate committee report. Stonewalling of auditors. And a Senate in chaos, thoroughly discredited.

And more and more of them must surely be disgusted, and understand all that they need to understand.

This country will not be clean or Canada again, until Stephen Harper and his depraved band of political thugs are purged from power, and flushed into the sewer of history.

Oh boy. How lucky I am, how lucky we all are, to be able to fight for our big and beautiful country in its hour of need.

Because it cries out to us, along with the voices of every decent Canadian who ever lived.

Deliver me from this living nightmare.

Save me from this monstrous leader... 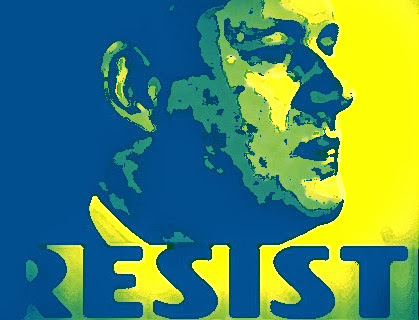 As for Tom Mulcair, he may not being doing as well in the polls as him and his supporters would like.

A fate he may or may not deserve.

But for the way he is treating Stephen Harper these days. Pounding him in our name.

We all owe him a debt of gratitude...

It doesn't matter how many blondes they frame stevie with in the Commons. The only blonde who counts is the one in the Senate and she isn't going away. Flaherty is still sitting there, looking straight ahead as if he is looking for an exit to appear.

when Harper started this with Duffy and Wallin, he didn't think it through. They used to be journalists who dug and dug and really didn't let go. The fought/clawed their way to the top. These are not the type of people who will resign when told to nor will they give up their jobs when told to. Stevie may just have gone after the wrong people. they may owe him their current positions, but most likely from their view, they paid the Conservative Party for these positions by fund raising and caimpaigning harder than most of those sitting in the Commons.

This is just getting started.

We still have the old Hugh Segal type of Progressive Conservatives in the Senate. They may take this opportunity to start the process of getting rid of stevie. If he has to go to convention, without having gotten rid of the 3 senators, Hugh and his crowd, will have something to work the convention with.

.. the key to the puzzle is .. Were there any PMO emails, files, data or hard copy re Weight/Duffy cheque? If not, why not.. and how did our PMO, Harper, Novak, CPC, lawyers, senators communicate on this matter, supposedly in the interests (and employ) of Canadians.

If there were emails, notes, memos, files, mail servers, drives, backups etc.. who ordered them wiped? Who actually was tasked with the request? What is their name & title? Who is their immediate supervisor? Are these people IT specialists, clerks, computer geeks, staff or outside constractors? Could we please see the purchase order for the task of deleting or shredding everything?

The NDP is the only progressive party currently in Parliament. The Bloc no longer has party status, and I no longer consider them progressive, after they booted out Maria Mourani, by far their most progressive MP.

Tom is a joke. Come 2015 he will get creamed, if he doesn't keel over like Layton first. LOL

hi e.a.f....yes the framing of the blonde Cons Michelle Rempel and Candice Bergen on either side of Great Ugly Leader really is hilarious eh? It reminds me of a musical number in Cabaret. And I feel sorry for poor Michelle, she'll NEVER live that down. In twenty years, when Harper is seen as Canada's Nixon, she'll still be in all those video clips, trying to look happy, and clapping him furiously.
And yes, I am rather looking forward to the Con Convention. I think it's about time Canadians got a chance to meet the Con base, snarling at their leader. And the more they divide, the better for us...

hi salamander...you know I keep forgetting to mention the mystery of the missing paper trail, mostly because the MSM seems to have lost interest in the story, and so many accept that kind of stuff as the new normal. Even though it's right out of Big Brother, and is by its absence more proof that a conspiracy existed, that the Cons were desperate to conceal. In a normal democracy I could hope that the police could answer all those questions, but since I live in Harperland who knows?

hi lagatta...The NDP and the Liberals are both socially progressive. On the economic front the NDP are slightly to the left of the Liberals, although you need a magnifying glass to notice. But then you need a microscope these days to find the Bloc so WTF? It ain't easy being a progressive... ;)

Well that's not very nice. Tom Mulcair's performance in the last few days has been one of the most amazing things I have ever seen in Parliament. It was like Perry Mason and the Nuremberg trials combined. Polite, respectful, but devastating. Unlike you I don't wish your ghastly leader any ill. Watching him get his ass whupped in the next election will be more than enough...

While Mulcair was grilling Harper on Thursday, Trudeau was in the US shilling for the Keystone Pipeline and saying he wouldn't attack the Prime Minister while aboard, as if that means anything in the internet age.

There is a vast difference between the NDP on economic policies and an admittedly smaller one on social policies.

The Liberals economic policies are largely the same as the Tories.

As for the polls think on the damage Mulcair's grilling of Harper has done to the Tories and think on what will happen when he turns his guns on to Trudeau.