When the Cons Try to Cover Up Murder 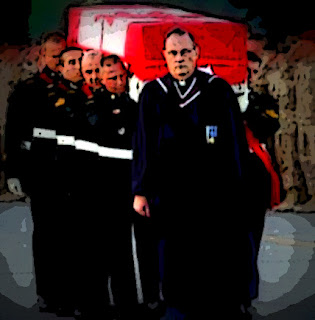 He was a Canadian peacekeeper who was killed murdered by the Israeli military in 2006.

Now the Canadian military, and the Harper government, are trying to cover-up how he died.

The Defence Department has quietly removed from the Internet a report into the killing of a Canadian military officer by Israeli forces, a move the soldier’s widow says is linked to the Conservative government’s reluctance to criticize Israel for any wrongdoing.

Trying to bury the memory of what happened to him. Even though the facts are clear:

Maj. Paeta Hess-von Kruedener and three other United Nations observers were killed in 2006 when the Israeli military targeted their small outpost with repeated artillery barrages as well as an attack by a fighter aircraft.

Nobody can deny it was cold blooded murder:

The Israeli attack on the UN outpost began shortly after noon on July 25, 2006, prompting the UN deputy secretary general to almost immediately call the Israeli ambassador to the UN and complain.

At one point, a general in charge of UN operations in Lebanon called the Israeli liaison officer and told him, “You’re killing my people.” Previously, the Israelis halted such attacks when protests were received. Later that day, an Israeli fighter pilot directed a precision-guided bomb through the door of the UN bunker. The blast from the massive bomb killed the four men.

Even if that means sacrificing a Canadian hero, by trying to erase what happened to him from the record.

DND could not comment on claims by defence sources that hard copies of the board of inquiry report were also removed from military libraries.

But it won't work. Like many Canadians I will never forget our peacekeepers who honoured our country in the eyes of the world. Instead of disgracing it like the Harper Cons.

For us Maj. Paeta Hess-von Kruedener will always be a hero. 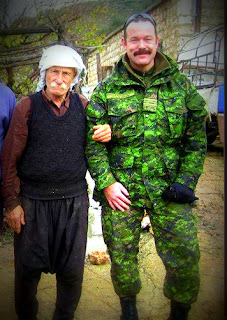 Those who killed him in cold blood, and got  away with it, will live in infamy forever. And this too is true.

By trying to extinguish the memory of a fallen Canadian soldier, to please the treasonous wishes of their political masters, the Department of National Defence has dishonoured itself unforgivably, and for all time.

And until the day the Con regime is defeated, we will live in the sinister darkness of the Big Lie. History, like the truth, will be what they say it is.

Or Big Brother says it is: 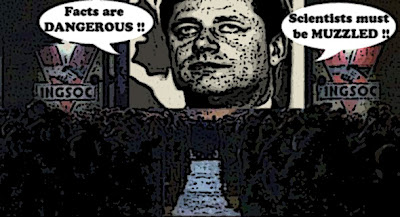 For as Orwell himself warned:

And that's exactly what the Orwellian Cons are doing. Betraying the memory of a Canadian hero to suck up to a foreign government.Trying to rewrite history by covering up his murder. Telling us the War of 1812 is important, while turning our military leaders into Con stooges, and trouser trumpeters for Israel.

Can you believe that eh? Have they no shame? Do Canadians have any pride left?

In the name of our sacred fallen, when can we get rid of those scummy traitors?

When is enough ENOUGH?

For over five years, I have wondered whether Harper would ever be held to account for the remarks that he made at the time of the attack.

At the time Harper stated clearly that he considered that, because of the location of the outpost, the incident was simply the responsibility of the UN. His glibness in dismissing the significance of Israel’s misconduct has continued to annoy me ever since.

It would please me that someone in the broadcast media would locate the videos of Harper’s apologetics and rebroadcast them now as an accompaniment to these recent revelations.

It seems straightforward. Via Access to Information requests via a concerned or curious mainstream news media entity, all documentation and communications and names and titles, whether governmental or military should become visible. IE the chain of persons involved in taking down the report as well as denying or obscuring the related UN report. This is just basic coverup and attempts to revise, bury or whitewash fact and history.

What is not so straightforward is how to determine what other documents, facts, communications etc are destroyed, redacted to idiotic levels, or mis-filed or secreted or obstructed in and out of courts by a government its law firms and lawyers and its bureaucracy. The chain of command in these actions and endeavors is long, dark.. and goes right to the very top- of government.. with unelected 'aides', 'secretaries', 'advisors' complicit and willing to act as human firewalls of deniability for subservient Ministers and a controlling dictatorial Prime Minister.

It is also telling the the Chief of Defence participated in the cover-up.

ICC's Chief Prosecutor found Harper guilty of, stonewalling and blocking evidence, on the torture of the detainee's investigation. Harper totally refused to co-operate. ICC left it up to the RCMP, to pursue Harper's war crimes and crimes against humanity. Knowing the RCMP and Harper, that is of no surprise to us, Harper is getting away with his crimes. Harper prorogued Parliament so, he could hide his dastardly deeds. The RCMP also refused to investigate, the water war crimes. What about Harper's , robo-call election fraud? Harper is giving Communist China our country. Harper has permitted Communist China, right onto our Canadians soil. Isn't that Treason?

The shredders on Parliament Hill, always burn the midnight oil. Harper wouldn't hesitate to cover up, the murder of one of our soldiers. Harper is a cold blooded reptile, who feels nothing.

Fuck Harper, a sleazy bastard, his name be Steven Treason Harper, I can`t say what I really think..

Harper must go, one way, or another!

hi John...I had the same reaction at the time of the attack. I couldn't believe that Harper was making it sound like Paeta had done something wrong. It enraged me, as did Hillier's asinine blathering. But to see how he is continuing his campaign to conceal the board of inquiry's conclusion that the four deaths were preventable, is simply beyond the pale...

hi salamander...every you say is true, and is compounded in this case by the politicization of the military and the civil service. The civil service is muzzled, political control is centralized, and as far as I'm concerned the Canadian Forces should now be known as Harper's Army...

hi Kim...it's telling, but it's not surprising. Because it was Hillier, the Don Cherry of the military, who first started politicizing the military, and turning it into Harper's Army. And as a result just about everything DND has done since has been an utter disaster...

hi anonymous...the Harper regime has never cared about the military except when it feels its absurd jingoism can win it votes. Its shabby treatment of injured soldiers and veterans makes that only too clear...

hi Grant...I must admit I had to bite my tongue, or my fingers, when I wrote that post. As I told someone else in the blogosphere tonigh there are few other things the Harper regime has done have made me so angry. And goodness knows they've done enough. I don't use the word treason lightly, but this is pretty close...

hi Steve...yes, it's another word I don't use lightly, but in this case it fits. And I would really love to find out from whence this order came. Who is really running the military? Who is so determined not to offend the Israelis for killing a Canadian soldier? The brassy buffoons at DND, or the PMO? In a democratic society we really need to know...

No one is trying to cover up murder. The DND report was on line, reviewed and accepted as fair at the time.
Major Krudenener himself said:
http://www.ctv.ca/servlet/ArticleNews/story/CTVNews/20060718/mideast_lebanon_UN_060716/20060718/
“What I can tell you is this: we have on a daily basis had numerous occasions where our position has come under direct or indirect fire from both artillery and aerial bombing. The closest artillery has landed within 2 meters of our position and the closest 1000 lb aerial bomb has landed 100 meters from our patrol base. This has not been deliberate targeting, but has rather been due to tactical necessity
Also on wiki

hi Just Me4...sorry but I can't agree with your argument. While it's true that there may have been fighting going on in the area, there was no excuse to target the U.N. bunker directly. The 155mm shells that landed on or near the bunker my also have been a warning, since the bunker was built to resist ordnance of that type. But the Israelis knew that the U.N. observers were to be withdrawn in the morning, so sending a JDAM through the bunker door was simply murder.
Please read the full report (PDF)

It's also clear to me that the Harper government is trying to cover-up the report, by not only taking it offline, but also by removing it from libraries.
And since DND also tried to lie about it, as the report I linked to shows, I think their guilt is obvious...

Truthy Alert: Israel is a terrorist country raining apartied down on Gaza (earth’s largest open-air prison). Israel is a USA outpost put in place by the 1% to protect oil interests for the USA. Israel is funded by 1% right-wingers using US, Canadian & British tax dollars via enormous pressure from powerful and rich pro-Israeli lobbyists.

The report was removed from where it was, not entirely. Military aren't lapdogs to govt @NadineLumley @Israel @idf http://www.crs-csex.forces.gc.ca/boi-ce/rp/von-kruedener/index-eng.aspx