Rob Ford and the Con Conspiracy 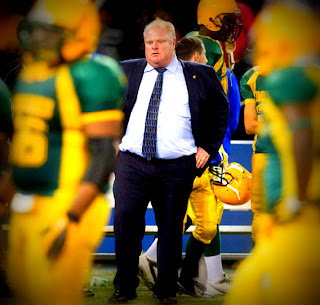 Oh no. I can't believe it. For a while I thought this was the last I would see of the Con klown Rob Ford.

Standing there, a stunned look on his idiot face, watching his career, and his team, going down the toilet.

And like so many people in Toronto I thought it was a thing of beauty.

With Rob Ford’s dismissal, I felt as if a long depression has lifted, as if a cement-grey sky has broken open and let a ray of sunlight fall upon this city. I jumped for joy and relief when I heard the news.

In the role of mayor of Toronto, coach Rob Ford has been a curse on my life. With every week that has passed, his words and actions have added to feelings of hopelessness about the future of the city I have lived in for almost 50 years.

But since then there have been some alarming developments. The gravy sucking bully bigot has been cleared to run again.

Even after him and his brutish brother Doug, the real Mayor of Toronto, showed once again, why they shouldn't be allowed anywhere near city hall.

With a potential byelection looming, city councillors erupted into insults and threats Thursday night unprecedented for even this fractured, polarized council. At one point, Councillor Doug Ford yelled “I’ll whoop both your asses,” — apparently at councillors Adam Vaughan and Gord Perks — during the final hours of what could be his brother Rob Ford’s final council meeting as mayor.

And already there are not one, but two websites.

Which only goes to prove that there is a powerful and shadowy cabal determined to keep Rob Ford Doug Ford in office, so that they can carve up the city to their satisfaction.

And since Stephen Harper is counting on Doug to deliver the city to the Cons in the next election, and some of his dead-eyed boys have been spotted with the Fords, you can be sure it's also a Con conspiracy.

Which makes the battle for Toronto also a battle for Canada, and one we cannot lose.

But don't worry eh? For if there is an election we are ready too. And we've got enough manure on those rednecks to fertilize the whole of Alberta.

The Con cabal will be exposed, and crushed.

The Fordzilla will be evicted... 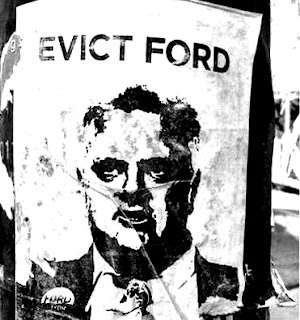 The Mayan curse has been invoked... 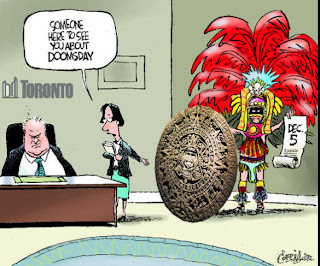 And with the help of all progressives.

And a large funnel.

The gravy is going back where it came from...

Follow the money. You think that that decision was free?

Yeah, just forget all the people who voted for Ford. Of course they don't count in lefty day do they? Ford is a goof ball, but seeing him win again will be worth it, just to rub it in all those lefty faces will be worth it.

If the cards are played right Ford is done, council needs to appoint an intern mayor and Olivia Chow can take him out in the next general election.

What if Chow doesn't run? What if she does run and still falls to Ford? She isn't Jack, just keep that in mind.

Time will tell I guess but it seems to me Ford won because the left vote got split, Chow should be able to unify the left and if it comes down to an either/or choice Olivia wins in a walk.

If it where so simple, but even if Chow runs she still won't be the only lefty and thus the same thing happens again.

hi anonymous....actually I don't have a real problem with the decision, it just makes the judgement more watertight. And it still leaves the decision about whether to replace Ford or hold a new election up to the City Council. And since it would cost $7 million to hold that election, you figure it out...

hi anonymous...haven't you seen the polls? Most of the people who supported him say they won't vote for him again. As you yourself say, Ford is a goofball, and most people have had enough...

hi Wingnut31...I agree with you. We need to unite progressives behind a well known figure like Chow and we can take him down. And I get a bonus. Since Olivia is my MP I'll be working with her... :)