Jim Flaherty and the Theatre of Cruelty 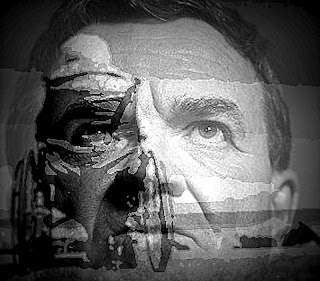 You might think that Jim Flaherty would be satisfied with ramming through his latest Trojan Horse budget.

His ghastly swollen beast stuffed to the gills with toxic waste.

But no. Now he's going after seniors and the Canada Pension Plan.

The federal finance minister says he still supports enhancing the CPP in the future, but that "in a time of very fragile, very modest economic growth, it probably is not the time to put further burdens on employers and employees."

A number of provinces, led by Ontario, are pushing for a modest enhancement of the national plan as a way of dealing with the fact that many Canadians have no company pension plans to fall back on when they retire.

Claiming we can't afford to enhance it, when in fact we can.

Canada can, in fact, afford to shore up its disappearing pension system. A “modest” expansion of the solid but paltry Canada Pension Plan could plug the gaping holes in our outdated retirement security framework, the document shows. Ottawa and the provinces are well positioned to boost the CPP because current retirement payroll costs are far lower than in other industrialized countries — yes, including the U.S.

Currently, Canada allocates a mere 5.5 per cent of its economic activity (GDP) to social security and payroll taxes. If all the improvements outlined in the paper were phased in, the percentage would rise to 6.3 per cent. Even under this improved scenario, Canada’s contributions would still be low by OECD standards — and remain at the very bottom of the G-7 group of industrialized countries.

And we must, because the need has never been greater.

In the next 10 years, 4.4 million Canadians will retire, followed by 5.4 million in the decade after that. And, with longer life spans, those retirees can expect to live 20 or 30 more years. Yet we are saving less than ever, are overwhelmed by even the most basic financial considerations, and our spending is through the roof with debt to disposable income at a staggering 163%.

So why is Flaherty dragging his feet? Answer: because like all the other right-wing ideologues and teabaggers in the Con regime, he doesn't want to strengthen anything to do with government. He wants to kill it DEAD.

Even if that means that Canada will soon be overwhelmed by a tidal wave of misery, with more poor seniors than this country has ever seen... 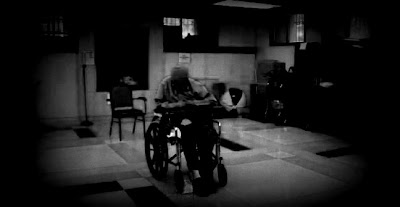 When that nightmare could so easily be avoided.

The benefit? Instead of limiting CPP payouts to $12,500 a year currently, middle class Canadians could effectively double their annual pension down the road — virtually wiping out the shortfall in savings.

But that's the Cons eh? Putting their foul alien ideology before the lives of even the most vulnerable Canadians.

Welcome to the Con Theater of Cruelty...

Has there ever been a more evil and more degenerate Canadian government?

Before they hurt our seniors.

Before they destroy our future...

If you are an ordinary Canadian, then you can expect no consideration from the Harper Government. They are mainly concerned with corporations invested in the resource extraction business, especially if the corporation is an Asian state owned enterprise.

Simon, if we can just get these same seniors to stop voting for vermin like Flaherty, we might get somewhere, but very few will let go of their "conservative" roots.

McGuinty can blow $1 billion on E-Health. Then $700 million on Presto. harper can blow over $1 billion to [incompetently] provide security for a conference.

But we supposedly can't shore-up the CPP. More and more Canadians are working insecure jobs without employer pension plans. The neo-liberal answer is to destroy public pensions too.

These imbeciles won't stop until their stock market casinos go broke and they discover to their horror that there's no more taxpayer bail-outs for them.

It's as though, Canada is now an occupied country. Harper's x-mas gift to China is, Canada and our rich resources, wrapped up on a silver platter. As a stocking stuffer, Harper gave China the resource jobs too. Harper's x-mas card to China reads. China has the right to sue any Canadians, that block China's takeover of Canada.

Harper is to get rid of Unions. Those are the middle class citizens. Only the very wealthy and the very poor, will be permitted in Canada. Once the Unions are gone, our wages will be like China's poor. That is how it is in Red China. The poor in China have no Human Rights what-so-ever. Child laborers in China, only earn pennies a day. That is why Harper loves China's Human Rights because, they don't have any. Communist China owns a large number of company's in Canada. Harper has permitted all company's, to hire cheap Chinese labor.

It is impossible for the everyday Canadian, to put money aside for retirement. Canada has the highest cost of living, in all of the America's. The investments I put aside for retiring, aren't worth the powder to blow them to hell.

Flaherty Baaa's like an old goat. Threatening no relief for the retired. Meanwhile. Harper gives billions of our tax dollars to, mines, corrupt greedy banks, large corporations and, Harper's favorite charity, big oil. Harper also gives them, huge tax reductions. They had better not lie about it. This was seen on Parliaments TV channel. Harper of course, does his dastardly deeds behind closed doors now.

Harper and his Cons thefts and waste of our tax dollars, is totally obscene. Flaherty too, loves his luxury hotel suites too. Harper cheated to win the election. Harper is now stopping other politicians and Canadians, their rightful election wins. Harper is terrified to lose his majority, he cheated so hard to get.

Harper's behavior is so bizarre. Canadians are wondering his sanity? Harper's personality is much like. Stalin, Hitler and Mussolini's. All Dictators do have the same, typo characteristics.

Geez, with the melting ice cap, maybe they can just start strapping us to ice floes. It would be preferable to extreme poverty.

By the way, that dark piece of animation is frightening but brilliant, Simon.

BCW; absolutely fucking correct. Now, if we can get the 67% of Canadians who didn't bother to vote in the last federal election 'cause the X-Box was too fucking important (mainly the young voters) off their asses and out to vote, we seniors who aren't out of our fucking minds yet and proving it by voting for fucking assholes like harper and ford and flabberty, won't have to worry so much about a shortage of refrigerator boxes to live in in the next 5-10 years and by extension, NEITHER WILL YOU because by then, they'll all be spoken for and you'll just have to get strapped to an ice flow yourself when you finally get old, and you will. Think about that the next time you hear one of your pals whining about "it won't make any difference, anyway, whether I vote or not . . ." GET THE FUCK OUT AND VOTE!!! IF YOU (collectively speaking) DON'T BOTHER, DON'T BITCH ABOUT IT!!! YOU HAVEN'T EARNED THE RIGHT TO HAVE AN OPINION!!! Silence and apathy imply consent!!! That's why the fucking cons keep winning!!! If we don't show up to play, they win by default! If there are tooo many votes for our side to be considered for a goddamn recount or court challenge, THEY LOSE!!! Whether you like obama or not, reference the 2008 'murkan preznitial campaign. Get my point?

hi anonymous...well that's a very succinct way of summing up the situation. But yes, I expect no consideration from them, so from me they can expect no mercy....

hi bc waterboy...yes it's a sad situation when so many seniors vote for the Cons. I think they do so because they think the Cons will preserve the country they once knew, when of course the Cons are the ones trying to change Canada beyond recognition. However, I get to work with seniors all the time, I enjoy their company a lot, and I'm making quite a bit of progress changing their minds.... ;)

hi anonymous 12:04... you're absolutely right, and I certainly couldn't say it more powerfully than you have. We must get progressives to vote in the next election. Apathy is not an option. I'm concentrating on the young and the old, you get the ones in the middle.... :)

hi thwap...Exactly, it's simply outrageous. Their priorities are all wrong. A country that can't take care of its seniors is not much of a country. I already see a lot of poor seniors, and I shudder to think what might happen if those bastard Cons get to screw them even more. It's so cruel and so mendacious it makes me so angry, and of course even more determined to send the Cons back to Alberta. Which you may have noticed the Cons are counting upon to undermine the CPP. Damn those bastard rednecks who hate Canada so much...

hi anonymous...As I told thwap, the priorities of the Cons are all screwed up. They subsidize the rich and screw the poor. But it will catch up to them some day. For their rich friends may be powerful, but we are more than they are...

hi Beijing...I know, it's outrageous isn't it? They might as well do that, for condemning seniors to poverty, where they must choose between their food or their drugs, is tantamount to killing many of them. And isn't it horrible to see Canada at the bottom of the list of developed nations when it comes to supporting seniors? So many people seem to think we're perfect, when we are really shockingly backwards. A Royal Banana Republic if ever there was one.
As for the animation, it was a little grim. But the more I watched it, the more I saw the Cons ;)