Idle No More and the Con Denial of History 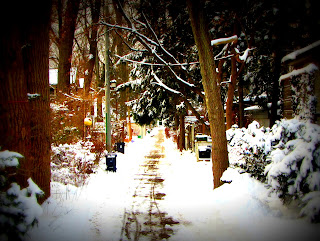 When I woke up today and saw that it had snowed, for the first time this winter, I felt like I was back in Canada eh?

So I can't understand why a Canadian Prime Minister would refuse to meet with a chief from one of those nations, even though his pride might kill her.

And it really bothers me to see how some in the media are trying to demean Chief Spence and the Idle No More movement. Like Christie Blatchford does here.

Chief Spence has parked herself on an island in the Ottawa River, is on Day 17 of a hunger strike, and all around her, the inevitable cycle of hideous puffery and horse manure that usually accompanies native protests swirls.

While Chief Spence, and others, may long for “nation-to-nation” discussions, there is I think a genuine question as to whether there’s enough of aboriginal culture that has survived to even dream of that lofty status, or if the culture isn’t irreparably damaged already. Smudging, drumming and the like do not a nation make.

Or Colby Cosh does here.

Of course, if the demands aren’t in earnest and the whole thing is no more than a publicity ploy, there is no danger to the Chief and we can ignore the theatrics. In the meantime, give till it hurts, I guess?

Or the grotesque Con nerd Ezra Levant does here:

As if you could wish the "native problem" would just go away. Or blame it on the chiefs. When it's so dire and so shameful. 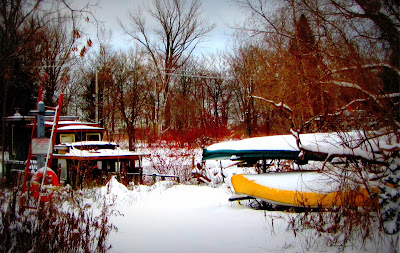 Where the First Nations helped make us the unique country we are, a treaty is still a treaty, their struggle will only end when they get justice. And until there is justice there will be no peace.

Which makes Stephen Harper's refusal to meet with Chief Spence, both callous and dangerous.

If simple human concern, a determination to right historic injustices, and a goal of making life better on reserves aren’t enough to move Harper, here’s a reason he’ll likely understand: meeting Spence would be politically expedient. More than that, it might just avert disaster.

If she were to die, or suffer serious harm, the protests seen thus far would be merely a gentle rain compared to the hurricane of anger to follow. By meeting Spence, Harper would spare all Canadians, including native people, from a dangerous and frightening escalation of bitterness. He should do so as soon as possible.

For those who would deny a country's history, will lead it to disaster.

Which makes it even more important that non-native Canadians show their solidarity with the Idle No More movement. For it is also OUR struggle.

Taking on the un-Canadian Con regime to help save OUR land.

As Canadian as the snow.

As Canadian as this message... 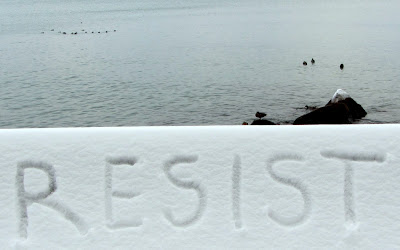 A Canada without the Québécois? Sounds like dream come true!

I'd heard of Christie Belchforth's nauseating display, but not that of those other racist scum-bags.

Par for the course for that human garbage. Does their miasma of ignorance and hatred constitute a genuine political philosophy or should we stop dignifying them with the misuse of the term?

It does give one some grasp as to what might be spinning around inside the shit-for-brains of the usurper harper though, and therefore explain his refusal to meet with her.

Harper has no pride Simon. Harper is a monster, with no morals nor ethics, what-so-ever. Stalin, Hitler and Mussolini had no ethics either. They were the monsters of yesteryear. Chief Spence is up against the monster Harper, who claims to be a devout Christian. Harper a Christian? Not on your Nelly. There is good reason, to be afraid for Chief Spence.

My Dad was a homesteader. I was a late child, born during WW11. I didn't know some of my siblings, as they were overseas fighting in WW11.

There were immigrant family's, who had no clue how bitterly cold Canadian prairies were. Some came over, with just their lives. The F.N. people, hunted for them. Gave them smoked fish and dried berries. They cut firewood for those family's. Some only had gunny sacks wrapped around their feet, for winter boots. The F.N. made them, fur lined moccasins. Made them fur jackets and mitts. Made them fur blankets. If not for the F.N. those family's would never have made it through the winters. Everyone gave what they could, to those family's.

In turn. There were extra vegetables planted for the F.N. Through the bad weather, they were always offered a meal. They were told on their way home, they were to stop by for as many vegetables they could carry. My Mother gave them chickens and eggs. She gave them butter and cheese. Sent them out to her raspberry and gooseberry bushes, to pick as much as they liked. Dad had given them a pig, to smoke and cure. He had fallen and fractured some ribs. The F.N. helped, to take Dads crops off. All of those prairie people, respected the F.N. Everyone was happy to give back, to the F.N. The F.N. parents sent their sons to war, right along side of my own brothers. Canada didn't even have the decency, to recognize the war service of the F.N.

Those F.N. were, good, kind and decent people. They still are. My family all say, those were the best years of their lives. Those were the days when, everyone helped each other.

This is how Harper treats the F.N. people. Of course, Harper was born a poor little rich boy, from an oil family. Harper was born, with an oil funnel in his mouth.

Its because he is a capitalist

I don't know Thwap. But tell me, does mixing big words with lame insults make you more of a tool or less of one.

Still waiting on why the CPC didn't fall in Sept.

"Socialism is your mother saying make your bed"

Isn't it the government doing it for you, at great cost and then never actually getting it done?

Thank you for your two cents Anonymous. You add SOO much to the discussion. I would submit that if you've never spent time on a reserve than you really can't fully appreciate the reality that some people, fellow Canadians I might add, face on a daily basis. Seriously, these writers that live in a big urban centres and write about what they think they know honestly don't have a fucking clue about the issues FN people face. If you're only interested in your little political pissing wars, fine, go ahead and play them. But kindly get the fuck out of the way of people that actually give a shit and ruminate (that means think) on how to made a better society.

hi anonymous...your dream, Canada's nightmare. For this country without Quebec, or the First Nations for that matter, would be too dull to imagine. I'd have to remember to keep breathing or die of boredom. You good ol' boys in Alberta should pay us for compensating for your province. But have a happy new year anyway...

Does their miasma of ignorance and hatred constitute a genuine political philosophy or should we stop dignifying them with the misuse of the term?

Don't ask such easy questions, they make me feel smarter than I am. I mean even I know that placing the world "philosophy" next to Krusty or the Levantine would be an absolute atrocity.

As for Harper, I only hope he is refusing to speak to Chief Spence because he is too small to do that. But if he is hoping to profit from a racist backlash, he is playing with fire.

And yes this is so true:

Until the suffering First Nations people have justice and dignity, this can never be a great country...

hi anonymous...nice comment. None of the White settlers would have survived in this country, if the native people hadn't showed them what to do. They still have so much to teach us about how to respect our land, and preserve it for future generations. And all that even though they have suffered so much. Those who mock them disgrace themselves...

hi Steve...wait a minute, I'm a socialist, or was until you brought my mother into it. ;)
Seriously though, I just think that Harper is a petty little man, who fails to see the opportunity to make the right gesture at the right time. Of course it also helps that he's a clinical psychopath and can't feel the pain of others. And either way the sooner we are free of him the better...

hi Way Way Up...thanks for that. I was going to tell anonymous that he shouldn't get mad at thwap for using big words just because he can't understand the. But your comment is definitely better. The plight of so many First Nations people should be above partisanship. I choose to see the Idle No More movement as a historic opportunity to work together and come up with some real and lasting solutions. We're still a young country and we can still do it...