Will YOU Survive the Con Apocalypse? 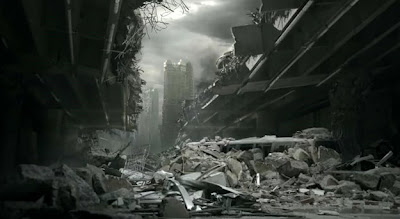 Your survival is GUARANTEED.

As long as you're driving a Chevy...


And what will Canada be like when the Cons are gone forever?

Oh it will be BEAUTIFUL.

We'll change everything the Harperites ever did. We'll put them all in prison. We'll tell foreign interests to take a hike. We'll tax the rich until they scream.

So there will be enough money for pensions AND medicare.

The lamb will lie down with the lion.

And the kitten will lie down with the wolf...

But will poor little Simon survive? Since he only drives a bike.

Or paddles a teeny kayak.

As long as you promise him that progressives will eventually UNITE.

And that summer will be here soon... 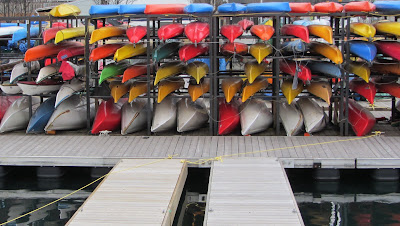 Damned sad and sick state of affairs in western society when they use images of total destruction to sell something. :(

Yes Simon, I agree that it is time to step forward.

Simon, if you're not overly invested here the better option for you would be to move back to Scotland.

We would move to Scotland in a heartbeat if we thought our $ would hold out but given the disparity between the dollar and the pound ... well, it doesn't work.

Canada's pretty much gone. There's no possibility of opposing Harper until 2015 and not very much possibility even then. Harper's managed brilliantly to engineer the exact mirror image of the split the Cons used to suffer from. At the same time he's held out just enough of a carrot to the naive dippers to make them think maybe their input might be meaningful. Fucking idiots that they are. Fucking idiots they all are in the LPC and NDP. If they ever do get their heads out of their asses it'll almost certainly be too late.

Even should they get their heads out before 2015 to make a difference I personally believe Harper will just conduct a torched earth campaign and none of the gutless wonders in his caucus will stand up to him.

Why can't Baird be caught blowing some Iranian diplomat in the men's room at Chateau Laurier? That would be perfect.

hi sassy...yes it is strangely symbolic isn't it? A metaphor for our times. But I think it's a pretty good representation of what our country might look like after the Cons have finished.
So I take it a license to steal some footage for future use. Ahem. ;)
And of course as further encouragement to try to unite progressives and thwart those hideous Cons.

P.S. I understand that Ford was so upset by the ad they tried to stop it from running during the Super Bowl,claiming it was misleading. Tum tum de dumb. Only in America...

hi Carmichael...I have though about leaving Canada. It certainly would be an easy way out. But the sad truth is I love this damn country too much. It's in my blood, I would miss it it too much. And despite everything that has happened, I still believe it's young enough to make a horrible mistake, learn from it, and go on to a brighter future. I mean we are more than them, and if we unite instead of fight each other I see no reason why we can't win. However, if we don't learn from our mistakes, and throw away the next election, I might think about leaving. But not until I have done everything I can, in my humble way, to try to motivate the good Canadians to defeat the hideous Cons...

I think we should be looking at something entirely new. Days and days and days of action until he resigns. We start April 28 and don't stop till he's gone. Every weekend, protest the idiocy of the week before. Every union, every professional association, every university student, all the CRUSH ers and the CAPP ers, step away from the computer and hit the street. I'm game.
SM

Point well made Simon, if fact we'll be fortunate is Canada looks half a good as that by the time Harper and his gang are finally done with it. :(

It'll be a huge project to put our country back together, but it will be worth it.

A general strike anyone?

I am already starting here in Niagara by helping with a protest organized by a group of occupy niagara folks on February 24, 2012, to fight potential cuts at the provincial level.