In Defence of Justin Trudeau 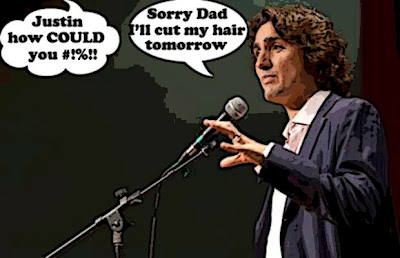 Oh fuddle duddle, or merde as we say in Quebec. I see Justin Trudeau is in trouble again.

And this time he's being called everything from a traitor.

“If had read the quote and not known who said it, I would have attributed it to an adolescent,” said Tom Darby, a political philosopher at Carleton University. “It does not matter what party or even what policies one favours, the quote is factually untrue, irresponsible, and even treasonous.

To a narcissist, and even *gasp* a young Canadian.

“You’ve got this kind of narcissistic response that the state only exists to reflect your values. There’s nothing to be patriotic about (and) so you can indulge whatever idiosyncratic policy preferences you might have. Trudeau Junior reflects this attitude, and for a lot of people his age and younger, they probably think this is a perfectly legitimate way of looking at politics.”

Which in old Canada is about the worse thing you can call someone eh?

But of course I don't believe any of the above. I think it's all hogwash, just dreary dreck from old Cons. Because I listened to the interview. The operative word is IF Canada became Harperland, and it's really a plea for Quebecers to get involved in federal politics, to make sure that doesn't happen.

And if it did happen, and I felt there was nothing we could do to change that, I'd beat Justin to an independent Quebec by a country mile. And so would at least a dozen of my friends in the rest of Canada. Because who wants to spend their lives in a country with Con values? Life is too short, and that would be too vile.

Oh yeah, and this is bullshit too...

And what might Pierre Trudeau have thought of his son’s statement? “I don’t think his father would have been happy at all to read it. He would probably spank him on his behind, and say, ‘What have you said? This is not right.’”

Because if the old man came back he'd probably say "Hey Junior get a haircut eh? What are we doing to defeat those traitor Cons?"

Then turn around and give Great Ugly Leader a karate kick in the balls. Or step on him like a cockroach.

Because as Mary Soderstrom points out:

It is obvious to anyone paying attention that the Conservative plan is to remake this country profoundly, and maybe Quebec may turn out to be the one place where social and economic values espoused by Justin's Dad have a chance for survival.

This is the real tragedy.

If you don't think there's a difference between Quebec and the Rest of Canada, remember that the Prince made his comments on the most popular Sunday morning radio show in French, and it took two days for them to be heard outside.

The sight of the two solitudes growing further and further apart.

And the real traitors are those who hate Quebec more than they love Canada.

Look I don't know where my life journey is going to take me... 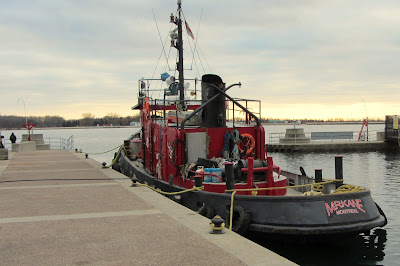 But I do know this.

Like Justin I believe that Stephen Harper and his sinister Cons are stealing my country.

Excellent article, I second your motion. You know, I am getting to like Justin Trudeau. He is so refreshing.
I do find it funny to watch those bluenosed journalists get their wigs in a knot everytime he calls a shovel a shovel.They are just upset because they know that they are too cowardly to stand up for what's right.
Doesn't it make you laugh when they claim that is because they don't want to be biased ? When in reality it is because they are too chicken sXXt (excuse my language)to search out and speak the truth.
Granny

hi granny...yes, although I don't belong to any party, just the Anyone But Harper one, I like Justin a lot. Sure he's young and sometimes gets a little carried away.
But his heart is in the right place, and in our stuffy political system I find him a refreshing change,I wish him the best. And besides anyone who calls Peter Kent a "piece of shit" can't be all bad... ;)

Hi folks; Canadians have been socially engineered and simply want a happy, socially cohesive and unified society. Multiculturalism has got to go. Germany, France, The U.K and Holland declared it a failure. That's why the Liberal Party of Canada is dead. They don't give 2 _ _its about Canada and only care about Quebec. Trudeau, Mulroney, Chretien, Martin, Dion and Thomas Mulcair (leader of the opposition) have all hailed from Quebec and we now have to speak French.

I'm currently writing a book on the 3 myths of Canadian Immigration and have been for the past 2 years. I feel that there is an eerie lack of social cohesion between citizens of this country and I have done my best to find out why and how exactly it all happened. I've done some debates on these hot topics. They are listed for you below.

The Sellout of Corporate Canada

Pierre Trudeau's Socialism and the Introduction of Multiculturalism

The End Of The Midnight Sun: Sweden's Cultural Destruction