Is This Margaret Wente's Worst Column Ever? 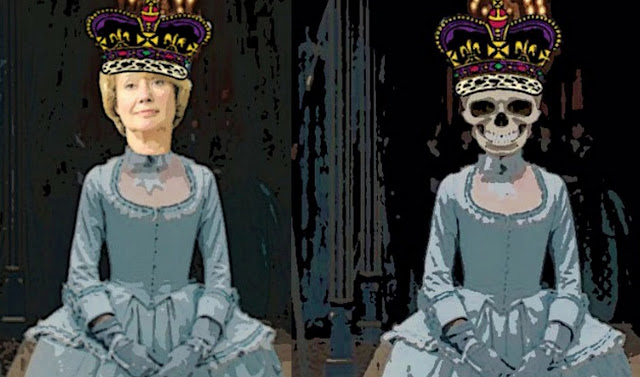 In the course of her long and sordid career Margaret Wente has written some terrible stories.

In her inimitable style, half click bait, half snooty Marie Antoinette.

Some written by her, some plagiarized.

But I do believe that this could be her worst column ever. 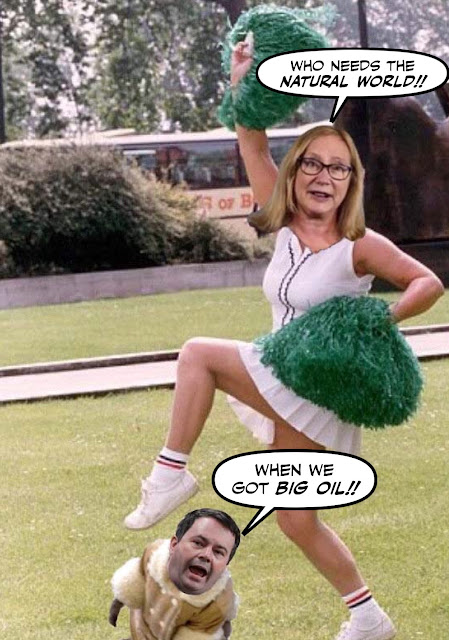 For this one is so bad it's practically bestial.

Watch out. There’s another apocalypse looming. This time it’s the plants and animals. Our destructive habits, along with global warming, are laying waste to the Earth. According to the experts, we are on the brink of a mass extinction – one that could wipe out a million species.

Is there any silver lining to this story? Maybe. Human beings might be wiped out‚ too, and that, in many people’s view, would be a good thing.

For it takes a bestial nature to trivialize the impending disappearance of so many plants and animals, when they contribute so much to the world we live in.

Unfortunately, the people who issue these reports believe that catastrophizing is the only way to get our attention. That’s why there’s so much of it. We have only 12 years to bring the planet back from the brink! More than two degrees of warming would devastate the Earth! 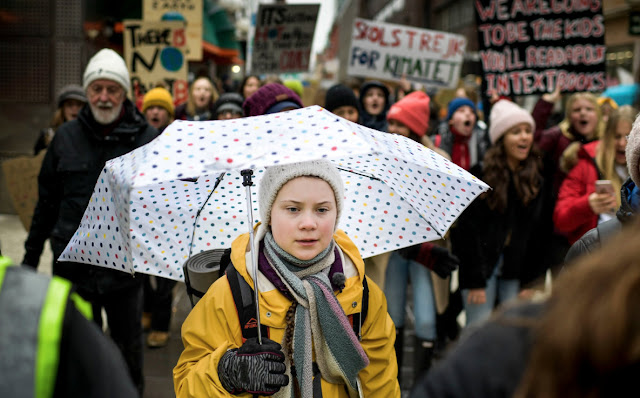 Ms. Thunberg, who has autism, learned about the starving polar bears in school. By the time she was 11, she had begun to absorb the enormity of climate-change sin. “I became ill. I fell into depression, I stopped talking and I stopped eating. In two months, I lost about 10 kilos of weight. Later on, I was diagnosed with Asperger syndrome, OCD and selective mutism. That basically means I only speak when I think it’s necessary,” she told one TED audience. Naturally, she has already been nominated for a Nobel Peace Prize.

Who although she is only sixteen is already a much better human being than Wente is or ever will be. And an inspiration to young people everywhere.

And as for this, it's such nonsense it might as well have been written by Wente standing on her head with a pencil in her mouth.

Green alarmism, of the type peddled by Ms. Thunberg and many others, is instilling a message of hopelessness in an entire generation of kids. These people believe the world is divided between the righteous (them) and the damned (everybody else). But the worst part is that their worldview is deeply anti-human.

When in fact it's the anti-human cynicism peddled by people like Wente that makes the young feel hopeless. Feel that nothing can be done to change their future and the fate of the world they will inherit.

The young can and save the world, and hopefully many of those threatened plants and animals.

And Wente herself may be on an endangered list. 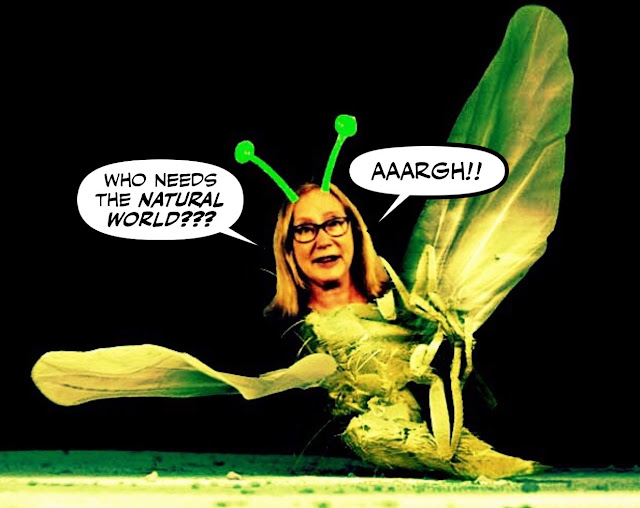 The Globe and Mail has offered its employees a voluntary severance program in an effort to cut costs. Globe employees were told Wednesday that the newspaper is looking to cut $10 million annually from its operating budget.

A Globe spokeswoman says employees have until May 29 to enrol in the voluntary program and the company will decide in July if involuntary layoffs are necessary.

For the Globe deserves better.

Apparently she plagiarized from the neo-Nazi party in Germany that's mocking Greta Thunberg's autism. One can only hope that fucking hack Fife the Knife whose "anonymous source" Schmear campaign brutalized Justin Trudeau is sent packing along with her. Rich man's Con rag, the Wall Street Journal of Canada. The media really is the enemy of the people.

As a Canadian, she can't help showing the 'Ugly' American she's made of.

Whereas, I wish Jackie (Blue) was ours.
Can we trade?

J. Kenney can't even look up.

Sure... if there's a job opening for "memoir editor," "mythbuster," or even "sock drawer organizer." :D

Too bad Wench and her ilk don't have a condition where they only speak when it's necessary. (Or a certain disgruntled employee who shall not be mentioned, with a tendency toward manic, rambling, four-hour filibusters.) Rather hear more from Greta Thunberg while the likes of Gurney, Coyne, Wells, Solomon and especially Fife develop not PTSD but STFU.

Thunberg (unfortunately) is mentally ill. Her parents are using her. Her mom has went as far to say that Greta can SEE co2 with her own eyes.

Hardly surprising that Nazis, who euthanised the "unfit for life", are mocking someone neuro-atypical. I suspect that the brilliant Alan Turing would have been found on the spectrum as well. He put paid to a lot of Nazis.

I took part in the youth Climate demo here in Montréal on 15 March, and I didn't think the children, teens and young adults felt hopeless. On the contrary, they were taking action against lethal climate change. Gord, I hope she is retired.

Jackie, Simon, etc.
In case you care: ;)
I don't think she's doing Canada any favours--but fwiw this is how she explains herself:
https://www.tvo.org/transcript/907555/margaret-wente-on-being-an-accidental-canadian

it is doubtful wente will take the buy out. she'll hang around. she thinks her message is important.

wente doesn't understand when some species die, the human race could also start to die, off. Bees are a great e.g. No bees, lots of things don't get pollinated. no pollination, no fruit. no veggies, no flowers, no life eventually.
without ants the earth would be up to its neck and more in all sorts of stuff we don't want around. ants maybe bother some but they do keep the world clean. the earth, needs pretty much everything in it to keep balanced. with out some sorts of small fish, bigger fish can't survive, with out those bigger fish, bears and whales, seals may not survives.

if horses hadn't been part of this world, humans might have had another history or died off.

Wente works for a newspaper, which in my opinion is there to ensure the corporate agenda is printed. what wente doesn't understand, she is disposable, from the corporate point of view.

What a disgusting comment. She seems perfectly lucid, far more than "mature adults" who are indulging in denial in words and actions and f-ing SUVs.

Hi anon@1:03 pm...Greta Thunberg may have some mental conditions but they are not preventing her from being a smart and effective campaigner against climate change. If anything those conditions make her charismatic, and add power to her message. I myself see her as a secular version of Joan of Arc. And as for seeing CO2 that's not too hard. All you have to do is see all the car exhausts and all the chimneys spewing it into the air. Thunberg may have her limitations but she is an inspirational figure who can reach across the generational divide.

Hi Jackie...yes, the AFD in Germany is attacking Thunsberg as part of their campaign of climate change denial. But sadly for them, I suspect that Greta is the kind of person who will only gain strength and support from those kinds of attacks. While the climate change deniers can only wilt as the planet keeps warming up...

Hi brawnfire...I wish, that would be a great trade. Jackie knows more about Canada than I know myself. And she is a far more colourful and entertains writer than Wente.

Hi Lagatta....Thanks for that. I was speaking to my family the other day and they said they could smell the smoke where they live in the Moray. Too bad the fires aren't sweeping across one of Trump's golf courses....