How The Con Media Is Threatening Our Democracy 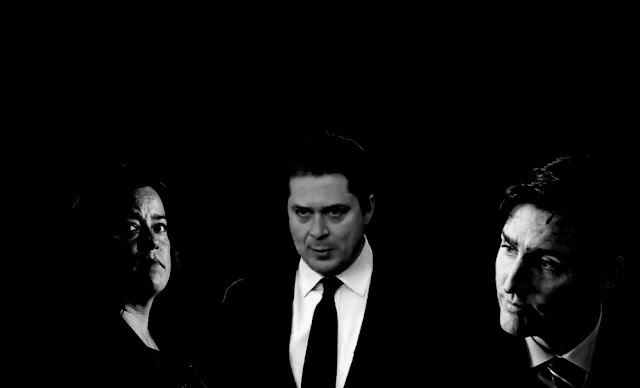 Ever since the SNC-Lavalin affair erupted, I have been complaining about the way the Con media have hyped the story, and kept it alive far beyond its best before date.

With a never-ending torrent of biased stories clearly aimed at trying to use Jody Wilson-Raybould to destroy Justin Trudeau.

Which in my opinion is a far bigger story than the so-called fake scandal, for it threatens the very foundations of our democracy.

And could help elect Andrew Scheer and his far-right Cons, who are a mortal threat to this country and its values.

But I had to admit that I didn't really understand the monstrous size of the problem, until I read this.


As I'm no longer tweeting about the affair that cannot be named, I had some time on my hands to do a quick catalogue of the ideological leanings of Canadian columnists. 'Conservatively' I would peg roughly 80% as conservative; more than double the incidence in the general public.
— Frank Graves (@VoiceOfFranky) March 31, 2019


And then I was both stunned and horrified, for those are the kind of numbers you might expect to find in an authoritarian country or a Banana Republic.

And I was further horrified by the way the ghastly Con hacks at Postmedia went after Graves.


Trying to make it sound like he was having a meltdown, even though they can't deny that what he said was true.

And nobody can deny that the Con media is a throbbing tumour at the heart of our democracy. Not just for the way they have hyped the fake scandal, or lowered our moral standards like this other Postmedia reject does here.

Let's assume for a moment, since many have already, that Jody Wilson-Raybould's actions as they relate to the SNC-Lavalin saga have indeed been driven by a toxic combination of malevolence and self-importance.

Perhaps Wilson-Raybould had the worst of intentions — take down the leadership, destroy the party, ennoble her reputation, profit somehow. Great. If true, that's an interesting peripheral element.

But Wilson-Raybould's character has no bearing on whether the Prime Minister's Office tried to interfere in the criminal prosecution of SNC-Lavalin, which is the principal question of this entire affair.

But also because of the way the Con media has made a mockery out of our parliamentary system, by allowing the fake scandal to bury far more important stories.

The budget was a critical opportunity to turn the page, and yet two days after it was introduced, it had fallen off the front pages of the national media. In its place was a return to a regularly scheduled program of SNC revelations.

The budget did not fare much better on television, either. The day after its release, CBC’s Power and Politics covered it only notionally, before moving on to a smorgasbord of other news, including Celina Caesar-Chavannes’s resignation, Jane Philpott’s remarks that there was “more to the story” on SNC-Lavalin, and the marathon voting session underway in Parliament.

As well as by allowing Andrew Scheer to get away with this kind of attack on the Trudeau government's new carbon tax.

Remember to fill it up tonight! Justin Trudeau’s Carbon Tax kicks in tomorrow, which will make everything from driving your kids to school, to heating your home, to your groceries more expensive. pic.twitter.com/EpVPLY05eH
— Andrew Scheer (@AndrewScheer) April 1, 2019


Without getting hammered as he should be, for failing to mention the rebates Canadians will be getting.

Or even worse by allowing Scheer and his grubby Cons to avoid being held properly accountable for their climate change denial,  and their alt-right extremist sympathies. 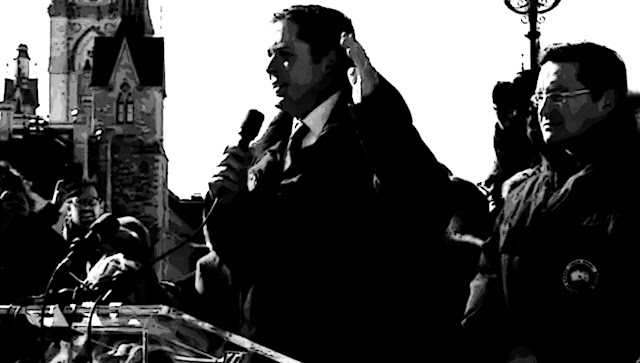 While the two Connies are allowed to run rampant. 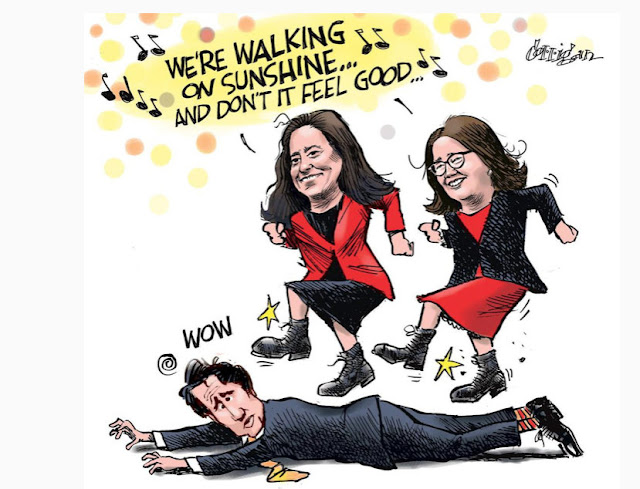 And members of our shabby Con media can't decide what's more important, the fake scandal or the future of the planet.

But while all of the above is obscene, and a measure of how low this country has fallen, the biggest threat lies ahead.

For who could trust the grubby Con media not to try to steal the election, by covering the campaign the same way they have covered the fake scandal?

And this is the bottom line: unless the hold of the Con media can be broken, our democracy will be in terrible danger, or at best little more than a joke.

So denounce them, boycott them, cancel your subscriptions, do what you can to cripple or destroy them.

Before they destroy our country... 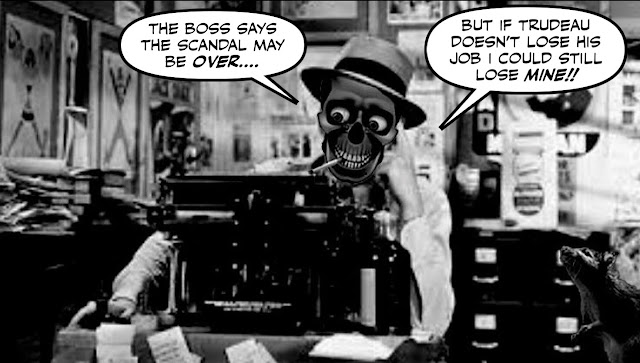