How I Tried And Failed To Escape The Fake Scandal 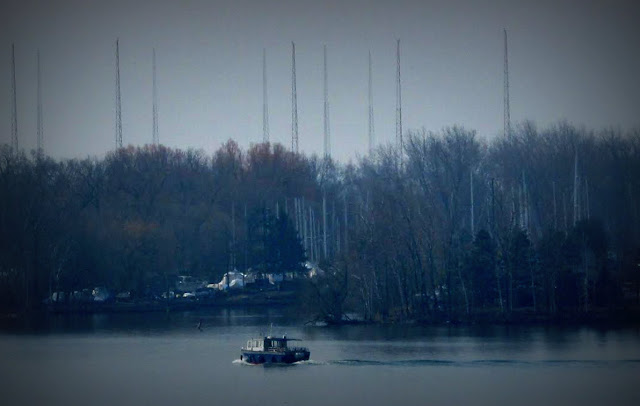 As the Great Polar Bear God of the Great White North knows, I did everything I could this weekend to try to escape the fake scandal.

I went over to the island and finished painting my friend's sailboat. I read a lot of stuff but nothing about Canadian politics. I hung out with some friends and watched soccer games on TV. I took long naps and dreamed of the day Spring finally looks and feels like Spring.

But it was no good.

Because when I finally did take a quick glance at the news there he was. 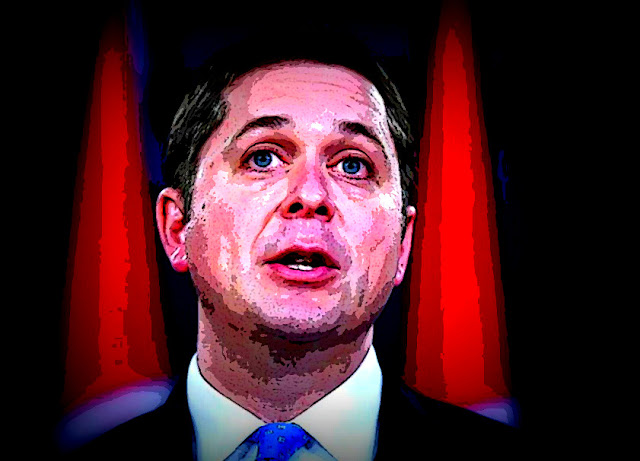 The monstrous Andrew Scheer aka Schmearmonger, looking like hell, announcing that Justin Trudeau is threatening to sue him.

And accusing Trudeau of being a bully.

"I believe this an attempt to stifle criticism of Justin Trudeau, that this is a bullying attempt to try to prevent me from doing my constitutional duty as leader of the Opposition..." #cdnpoli pic.twitter.com/8QKANDIh0s
— CPAC (@CPAC_TV) April 7, 2019

Schmearmonger calling Trudeau a bully? He just can't help himself. He must schmear Justin, and he can't stop lying.

I have to admit that at first I wasn't happy at this new twist in the Fake Scandal. One that could keep it going for weeks, even months, lay me low with boredom, and fill me with despair at the thought of living in a big land, so full of little people.

And then I thought no, Bruce  Anderson is right.

Mr. Scheer sounds like "I should be able to say whatever I want about someone and if they avail themselves of the protection of Canada's libel laws, I'll call a press conference and accuse them of bullying" Standing by to be hollered at by a columnist but honestly people.
— Bruce Anderson (@bruceanderson) April 7, 2019


Scheer's behaviour has been outrageous, so having a court decide how far his Schmearmongering can go can only be a good thing.

If Scheer thinks he can use the lawsuit to put Justin Trudeau on trial, as this former House of Commons procedural clerk points out, he's barking up the wrong tree.

And even if the case doesn't go to trial, the media will be forced to debate whether calling Justin Trudeau a corrupt crook is libellous or not. And since it clearly is, and even his sainted Jody has testified that no laws were broken... 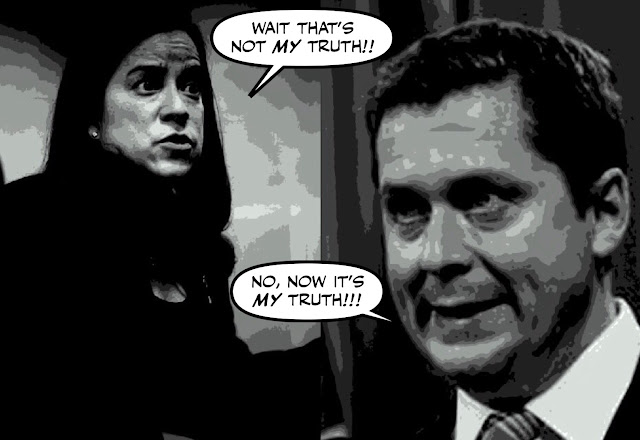 That should knock Scheer off his high perch, and make him look like a grubby political thug.

And then I read what Michelle Rempel had to say in her latest Twitter diatribe... 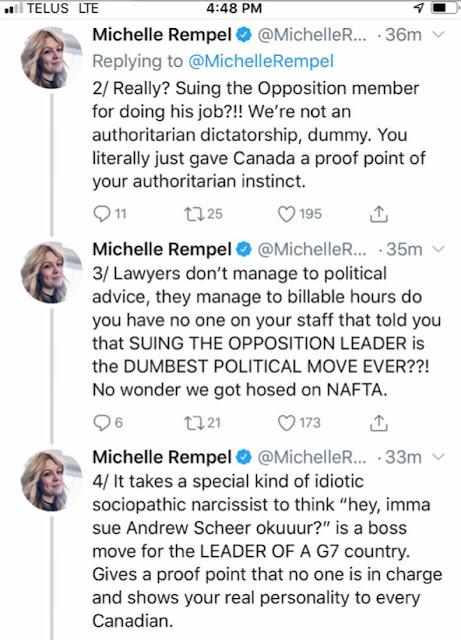 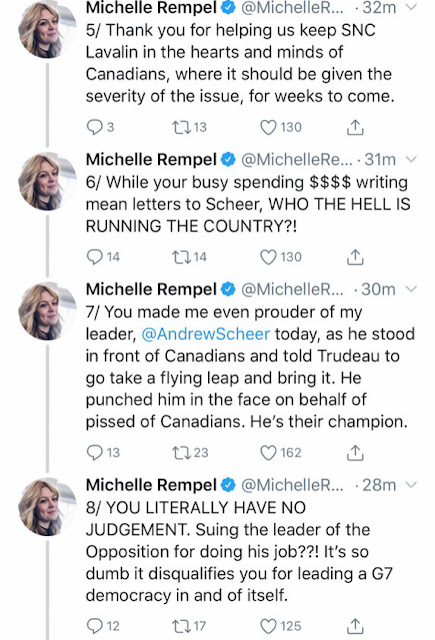 And after I stopped wondering whether she had gone off the deep end, or was just drunk... 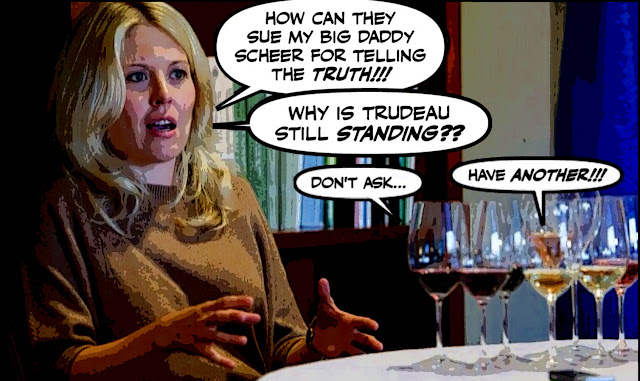 I thought that Rob Silver was also right.

Because if those ghastly un-Canadian Cons are allowed to call people whatever they want, we will end up living like cave men in a brutish place we don't recognize.

So this is how I summed up the situation on Twitter.


When Andrew Scheer spends every day of the year smearing a decent person like Justin Trudeau, and when threatened with legal action calls Trudeau a bully, he is beneath contempt and unfit to be the leader of any Canadian party. Period. #cdnpoli
— 🇨🇦 Simon 🏴󠁧󠁢󠁳󠁣󠁴󠁿 🌈🏂 (@montrealsimon) April 7, 2019


Decency matters. My parents taught me that and they were right. 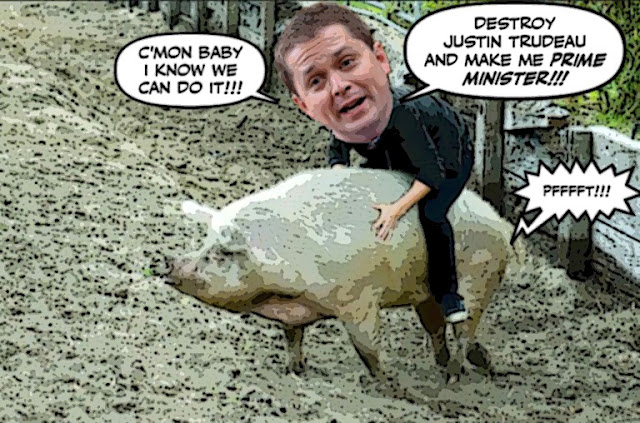 Andrew Scheer and his hoggy Cons would have us living in a pool of their own excrement.