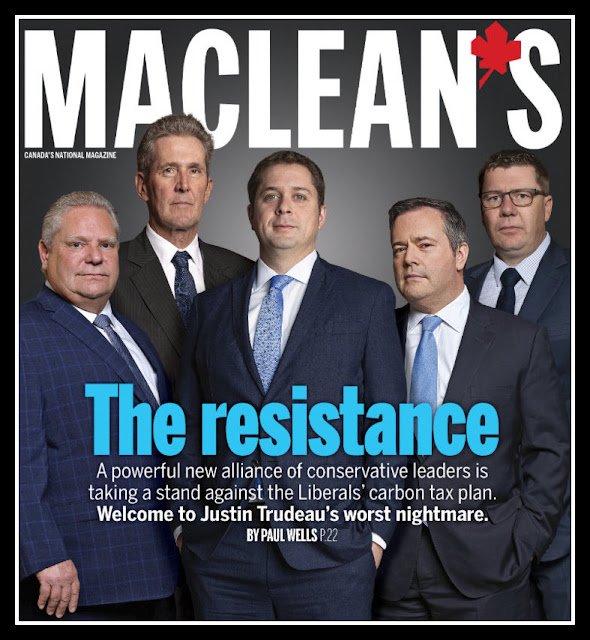 Some in our bought media have called them The Resistance, as if what they are doing is brave even heroic.

When they are just a grubby gang of Con climate change deniers who never saw a carbon tax they didn't want to kill.

And even though a recent Nobel Prize winner says carbon taxes are the best way to fight the disastrous effects of climate change. 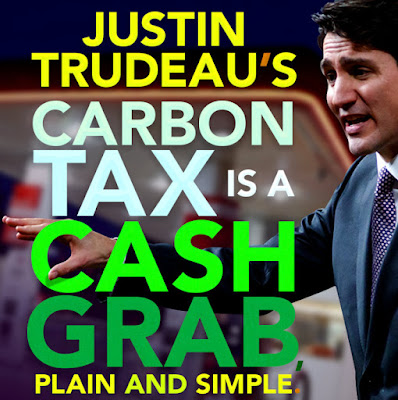 And using the issue to try to destroy Justin Trudeau, by among other things forgetting to mention the generous rebates that Canadians will be receiving.

But sadly for the Con gang, their shabby scam has been exposed.

Canada's budget watchdog agrees with the federal government's claim that Canadians are going to get more from the climate change tax rebate than they are paying in carbon tax.

The PBO report says over the next five years all but the wealthiest 20 per cent of Canadian households will get more back from the rebate than they will pay in carbon tax. 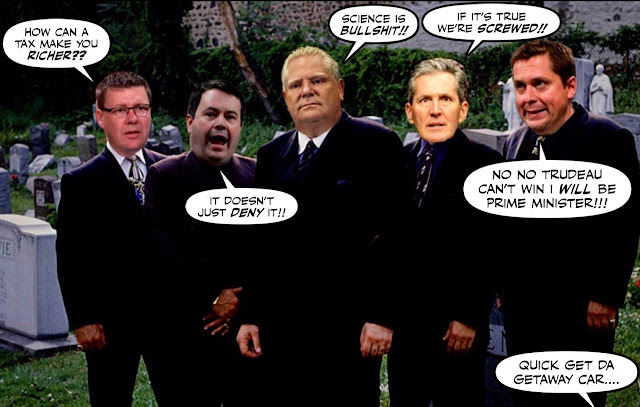 With Canadians demanding to know why they want to steal their MONEY !!#@

And why they hate the planet so much.

And if Andrew Scheer and his wife think that's just another example of the "growing momentum for Conservative policies." 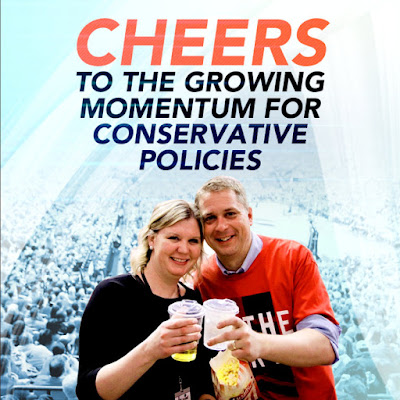 They must be drinking too much of Doug Ford's buck-a-beer, and should seek help immediately.

For the truth is it's nothing less than a disaster for Scheer and his grubby gang who have no plans of their own to fight climate change.

Especially since they have also been shown to be taking their marching orders straight from Big Oil.

Top Conservative politicians met with oil-industry executives at a private conference to map out strategy for ousting Justin Trudeau’s Liberals in a sign of growing collaboration between the Alberta-based sector and its political backers ahead of the federal election this fall.

It is all a sinister conspiracy, but Justin Trudeau now has the ammunition to take them down, so all progressives must unite behind him. 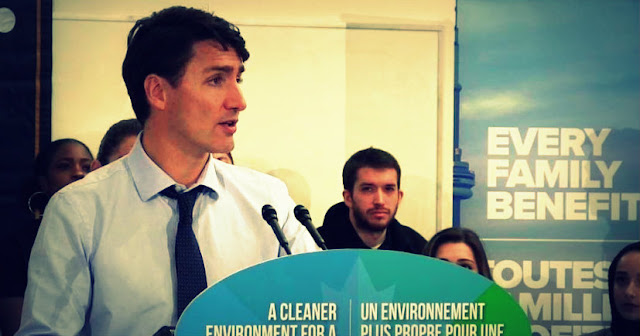 For he is the only leader who can defeat them.

And as as for that gang of sleazy oil pimps, let nobody call them The Resistance any longer. 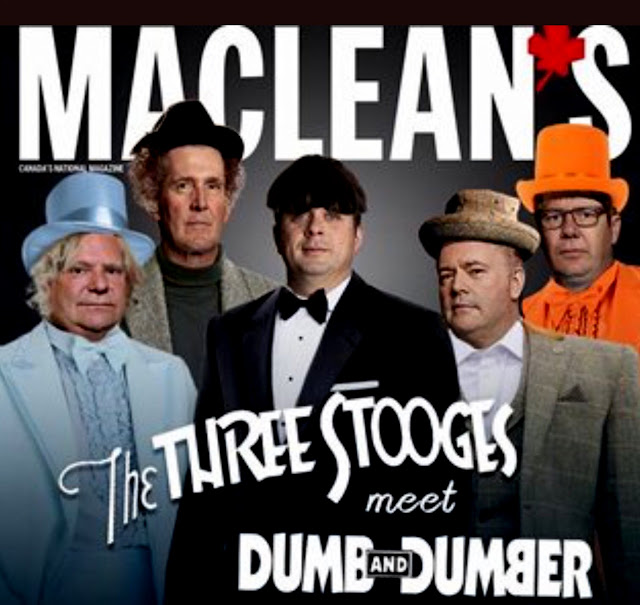 Laugh at them, mock them, debase them as much as you can.

And then work to destroy them, before they destroy our country and the future of young Canadians...
Posted by Simon at 11:12 AM

Those guys look more like les collabos than the Resistance. Not the SS - not sharply-dressed enough.

The resistance should be called the pestilence. The five shitheads of the apocalypse are using this incredibly serious threat to our very planet as a wedge issue and I can guarantee it's not only the Oilygarchs with a vested interest in defeating JT this October. We already know how biased the Con MSM is and watching CTV's newsnet last night proved it again. Not a word about the fossil fools convention yet when the fake scandal broke they were all over it like stink on a monkey. Speaking of monkeys, Ape Ford has admitted climate change is behind the flooding that's occuring all over the place and that it "just rips my heart out".(reaching for barf bag). That's quite the revelation coming from the big monkey when you consider he's cancelled or is cancelling most of the green initiatives THAT WERE WORKING. Further, Bonzo has cut the conservation authorities flood control budgets in half when 100 year floods are occuring every few years now. Is he that stupid to not see how incredibly short sighted his actions are in relation to his words. In this case it's a matter of monkey see, but monkey don't do.
JD

They have the damn nerve to call Trudeau a fake feminist when they co-opted the slogan for the Women's March. Five oily white guys plus the invisible Emperor Steev Harpertine, the Phantom Menace commandeering his Rebel scum stormtroopers from the background. Pay attention to the fat cat behind the curtain, Canada. Save the forests of Endor and kick out that wretched hive of scum and villainy to a galaxy far, far away!

Nice try, but no one is going to consider them a resistance to anything. Some may consider them the promoters of death and destructions, but that doesn't mean they're a "resistance". they're not going to qualify as some good guys out of Starwars. if anything, they look more like the guys who gang out with Juba the hut or what ever, that name was and Ford looks most like them.

Yes, would agree, it is best to send those 5 far, far away to the political hinterlands.

If they are resisting a tax on carbon its only that they want to keep the money for themselves and their corporate sponsors. As the old saying goes, I like taxes, it buys me a civilized society. We need taxes to continue to provide services to all Canadians. A resistance to taxes, clean air, clean earth not a good thing. these men may be a resistance, but its a resistance against the working class of this country. These 5 men have enough money to move on when their corporate sponsors have fouled the earth and water, as they have in Alberta, but the majority of Canadians are stuck with it all.