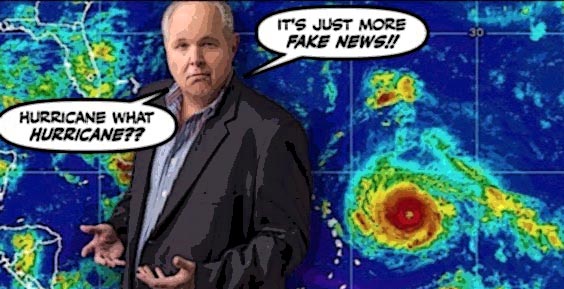 The other day I told you how the grotesque RepubliCon blowhard Rush Limbaugh was refusing to take Hurricane Irma seriously.

And how he was claiming it was just fake news.

Well now with Irma closing in on his Palm Beach enclave, it seems that the lardy Limbaugh has changed his mind. 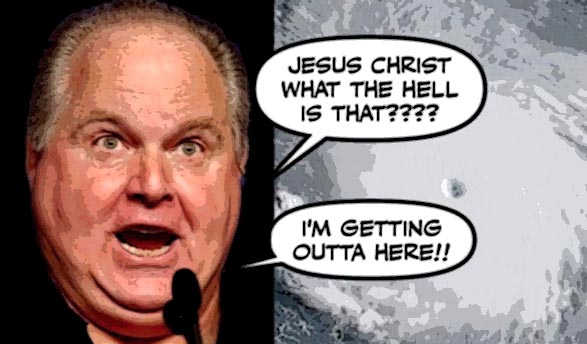 And now he's cutting and running.

Rush Limbaugh will be evacuating South Florida, just days after the popular conservative radio host claimed that Hurricane Irma would not hit the United States and that scientists and the liberal media were hyping up the hurricane as proof of their global warming “lie.”

“May as well… announce this. I’m not going to get into details because of the security nature of things, but it turns out that we will not be able to do the program here tomorrow,” Limbaugh said Thursday. “We’ll be on the air next week, folks, from parts unknown.”

But not before claiming once again that climate change is a liberal hoax, and blowing some more dangerous disinformation out of his rear orifice.

Even Big Water was in on the conspiracy, Limbaugh concluded, as people were stocking up on cases of bottled water for the storm that wouldn’t come when they could just use the water coming out of their taps.

When the bloated climate change denier in chief Donald Trump has handed the U.S. government over to fossil fuel interests. 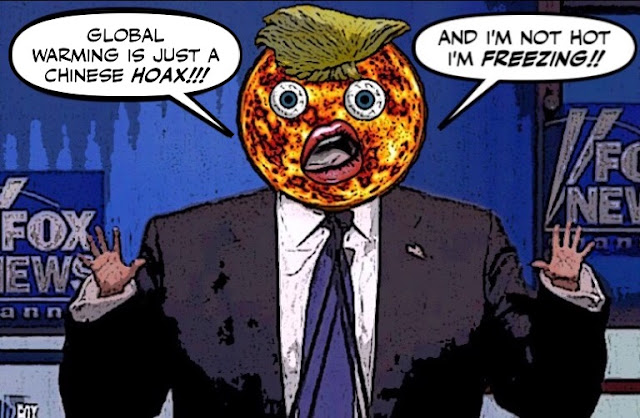 In September 2016, speaking to an audience of fossil fuel executives at a Shale Insight conference in Pittsburgh, Donald Trump promised, “Oh, you will like me so much.”

They didn’t give him much money during his campaign, presumably because, like most people, they were confident he wouldn’t win. But they made up for it quickly after the election.

Recently, Kathleen Sgamma, president of the oil and gas trade group Western Energy Alliance, gushed to the New York Times, “not in our wildest dreams, never did we expect to get everything.”

Mother Nature will have the last word, Hurricane Irma will help bring the day of reckoning closer.


Rush Limbaugh can run, but he can't hide from the truth.

Neither can many of his loyal listeners dumb enough to believe him... 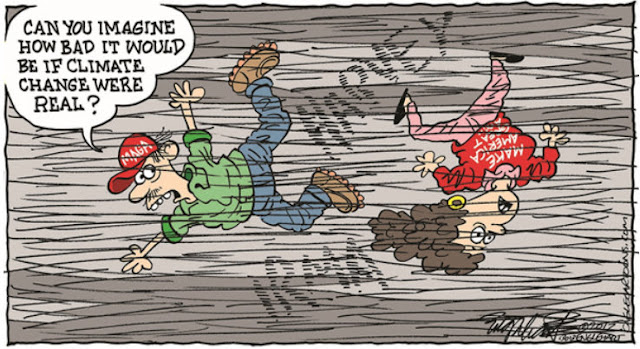 Who thanks to him may have to swim for their lives.

And if there is any justice, and there will be, when the rising generation realizes what those criminal climate change deniers have done to their future.

Limbaugh and Trump could very well end up sharing a cell, in the place where they both belong... 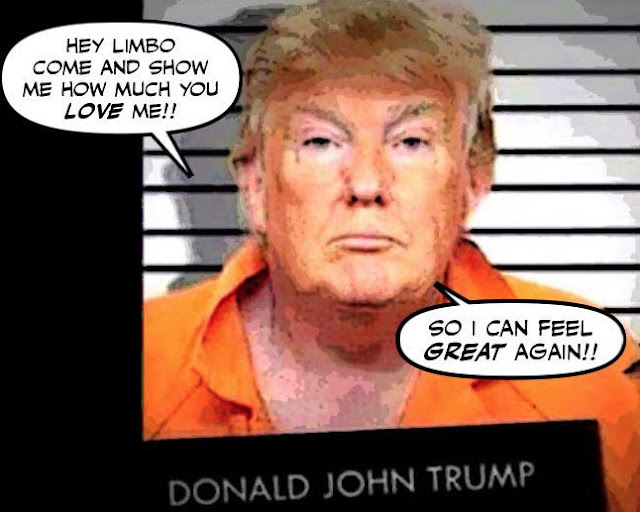 Limbaugh is such an a-hole. If any of his listeners get killed I hope their relatives sue him. As for him saying that he can't tell people where he's going for "security" reasons what total b.s. He probably doesn't want people to know how far away he is running.

I don't normally pay much attention to the social commentary of movie and TV actors, but a recent tidbit about Hunger Games actress Jennifer Lawrence caught my eye. She weighed in on the longstanding hate meme pushed by scumbags like Limbaugh and the megachurch grifters, that natural disasters such as this are retribution from God for increasing acceptance of LGBT people and immigrants. Lawrence tweeted @realDonaldTrump that the storm is actually Mother Nature's revenge for Republicans' -- particularly Trump's -- willful and greed-based ignorance of global warming.

Trump blocked her on Twitter, and a massive backlash from the deplorables ensued, with the counter-response from the liberals being that the right is engaging in their usual unscientific hypocrisy and basically just attacking her for being a liberal woman who didn't just keep her mouth shut and look purdy for the camera. (Not to mention, "Mother" Nature is a female representation of the environment... while the punitive "God" of Abraham is, well, a d!ck.)

They soon after proved their hypocrisy on the issue of "movie stars aren't worth my time," by applauding en masse a subsequent tweet from 1980s teen-idol has-been turned evangelical hatemonger Kirk Cameron, who reiterated the usual "hurricanes are God's punishment of sinners and call for America to repent" -- then said he was getting the hell out of Florida (without mentioning what, according to his "logic," he was "repenting" for).

As for me, one proof that there is no benevolent God is that the great Canadian Alan Thicke is dead, while "Mike Seaver" isn't going to get "Left Behind" in Florida. (He died in the most Canadian of circumstances, too: a heart attack while playing hockey with his teenage son.) I do recall that Thicke objected mightily to Cameron's behavior towards the end of the Growing Pains run, when Cameron thought it quite hilarious to insert fat jokes about actress Tracey Gold, who played his sister Carol, and even harass her about her weight off-camera -- which led to Ms. Gold suffering an eating disorder that ended her time on the show. So, it's not like being an obnoxious anal cavity is anything but standard operating procedure for the insufferable "Christian" Mr. Cameron.

So for all of those vicious idiots who went on attack against Ms. Lawrence, saying they had no intention of taking advice from movie stars... as it turns out, they do, but only if they reinforce the delusions of their echo chamber. Their "safe space" if you will.

hi JD...hmmm...I'm not sure about that. Isn't there a category 6? How anyone can listen to that loose weather balloon is simply beyond me....

hi anon....I also thought his reference to the "security nature of things " was bizarre. Maybe you're right, he didn't want people to know he would be broadcasting from the top of the Trump Tower, or a Southern Fried Chicken store. But yes, if somebody gets killed because they listened to him instead of the local authorities, he definitely should be sued...

hi anon...that's an interesting story about Jennifer Lawrence and Trump. And I'm glad that Lawrence blamed the hurricane on Trump's ungodly ways, since as you point out his satanic deplorables usually blame LGBT people for every natural disaster. I had to forcibly restrain myself when the Republican hooker Ann Coulter came sashaying out claiming the Harvey could more easily be blamed on the fact that Houston recently had a lesbian mayor, than on climate change. But I might take a closer look at it, because you are right: they are vicious and they are idiots...