Kellie Leitch and the Video From Hell 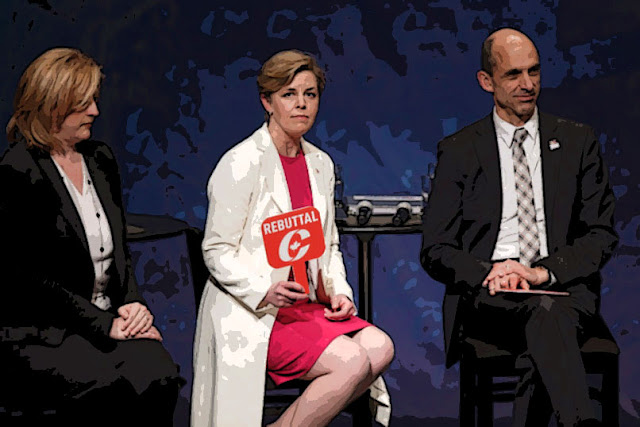 She is still desperately trying to attract attention, in a crowd of equally mediocre Con leadership candidates.

She's still wrapping herself in the colours of the country, to better flog her grotesque "Canadian values" campaign.

But with every passing day Kellie Leitch appears to be losing her grip on reality.

And I fear she has now gone over the deep end.

For this is quite frankly delusional.

Conservative leadership candidate Kellie Leitch says the fact a video she put on social media last week has been viewed by so many people is proof her message on immigration is resonating with the public.

I'm delighted that now, unfiltered, the Canadian public can see what I'm talking about," said Leitch when asked whether the video's popularity reflected belief in her message, or incredulity at its production value.

Leitch is now so far gone, she can't tell the difference between those applauding her, and those laughing at her.

She still thinks her bigoted message is resonating, even though polls suggest that her support is tanking. 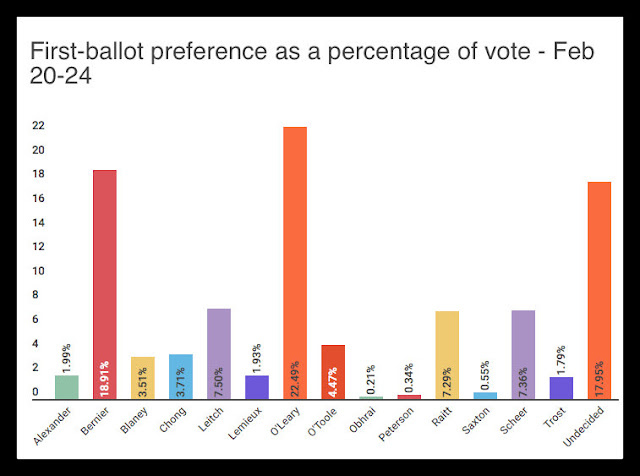 And as Don Martin writes, all that bizarre video offers us, is a glimpse of Leitch's politically tortured soul.

I wholeheartedly recommend a video viewing, not because it explains her same-old, same-old immigration-vetting policy, but because the production so perfectly captures the horror of this politically tortured soul.

As any backroom operator will tell you, the worst campaign strategy is one when the candidate doesn’t really believe what they’re selling voters. The second biggest mistake is making it obvious.

To watch Leitch flesh out her script with long eyeball-roving silences, which were meant to be dramatic but look awkwardly awful, is to see a candidate twisting on marionette strings while focus-group analysts make her lips move.

The horror of a puppet, who would poison this country, for crass political purposes.

And at a time when Muslims and Jews are being targeted by cowardly bigots.

I think it's time to say enough is enough. Or just say it like it is.

The Cons are the Hate Party.

Kellie Leitch's video is as bizarre as she is.

And it should be the sunset of her political career... 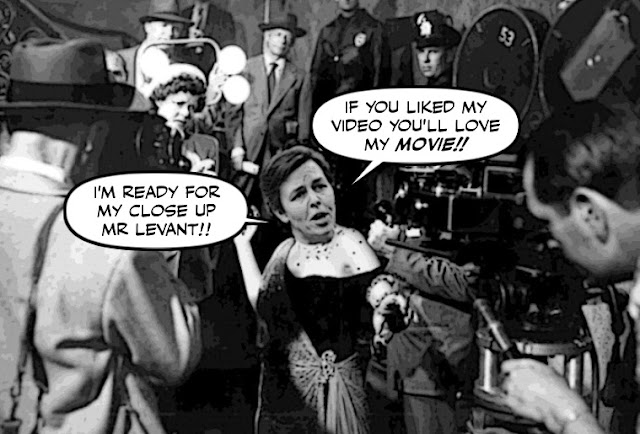 Sure Kellie, it's resonating alright, like fingernails on a chalkboard.
Kellie's ridiculous video(shot on Nick's dashcam) should be nominated for a Razzy as worst foreign film, ugh.
Simon, if you ever use the first image of Kellie holding her little sign, please remove the first two and last two letters.
JD

I can't believe fucking O'Leary is leading on the first ballot.

Kellie and the heebie-geebies is priceless. She is either totally delusional or has been conned into entertaining the loyal fundamentalists in the back of the bus until Mister Wonderful can fill the front seats with those wishing to join in on the marvelous trip to freedom and financial nivarna. What a wonderful trip it will be; a chorus of "we are no longer afraid" ringing from the back with drooling wannabees peering out the front windows hoping for a glimpse of the slow moving socialists they will run over on the way. All the while MR Wonderful explaining how lucky and grateful they should be that he returned from his life of profitable luxury in a foreign land just to lead the way.
RT

I can. Cons are now a party of idiots.

The dream cpc-ndp ticket for Justin Trudeau is Kevin O'Leary and Charlie Angus. One douchebag businessman from Boston who isn't really even visiting and a man so complacent and entitled he's spent 13 years representing a riding with a 40% francophone population and never bothered to learn french yet rails against out of touch elites. 300 seat atomic majority for Trudeau. Maybe the douchebags can start a band or something, I hear Kevin plays guitar and Charlie is like a super angry old punk rock bassist.

It always was a party that attracted insecure sycophants with no sales resistance and wannabees eager to drool over the superior hustler:

hi JD... her squeaky voice is annoying enough, but the fingernails on the chalkboard are really the limit. What parallel universe is she inhabiting? And as somebody on Twitter wrote, who in her campaign gave that video the green light? I can certainly write something else on that sign Leitch is holding. But I think it might be more fun if I took the original video, and made my own version... ;)

hi anon 5:37...actually I'm not surprised O'Leary is leading, since at this point name recognition is what counts. My guess is that lead won't last, he'll split the vote with Leitch, and somebody like Andrew Scheer will end up getting crowned leader...

hi RT...I must say at this point I'm not quite sure who is going to win this Con clown show. And I can't decide who would do the most damage to the Cons, Leitch or O'Leary. However, I might switch my support to Maxime Bernier if he can convince me he's serious about privatizing everything, and eliminating health transfers to the provinces. Because then I'd know he was the Chosen One, destined to lead the Cons head first into The Abyss. And of course I'd HAVE to vote for him... ;)

hi anon...yes I think the O'Leary/Angus ticket would be a real gift for Justin Trudeau. Charlie is a nicer man but he'll take the NDP nowhere, and as long as that party languishes in the pit where it is now, the Cons can't count on it to split the vote, and it will be a repeat of the last election...

Charlie is someone that just criticizes and wants to tear everything down without offering any solutions. Rosie Barton caught him the other day. He's part of the problem.

So Leitch conflates how many times something has been read with support. Yikes. I read Mein Kampf and a few other racist tracts in university because I was doing a paper on Nazism and the Holocaust but that doesn't mean I'm a fucking Nazi, but according to her warped logic, apparently I am. What a loon. I also have to roll my eyes at Cons claiming that hey she's a medical doctor so she must be educated and know what she's talking about. The thing with me though is that ideas and arguments stand and fall on their own merit regardless of who makes them. If an argument is garbage, its garbage and I don't care if it was made by Joe down the street, a doctor, Aunt Mabel or my barber. Very much looking forward to the curtain coming down on this one-trick pony show.