Is Donald Trump's Campaign Going Off the Rails? 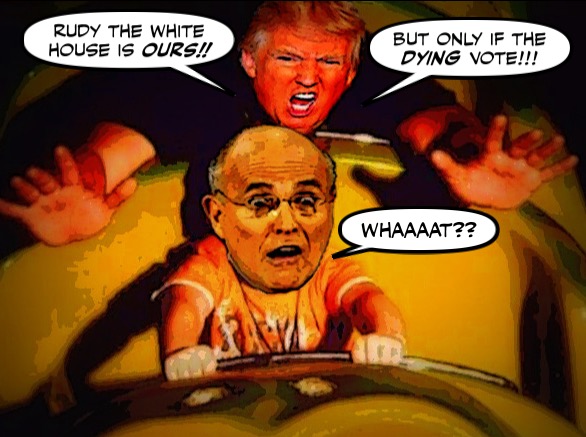 Watching Donald Trump these days is like watching a mad man riding a roller coaster, and about to fly off the rails.

Because while sometimes he sounds supremely confident, brandishing one small poll after the other to make it sound like it just a matter of time before he turns the White House into the Gold House or the Trump Palace.

At other times he sounds desperate.

Although not as desperate as Ted Cruz...

Who despite what Trump has said about him, his wife, and his father, is now working the phones for him.

To the great joy of the internet.


“uh hello this is ted cruz & i’m calling on behalf of donald trump who did not spill the beans on my wife” pic.twitter.com/RzQhy9DGqL
— MONSTERMASHSZN (@rillawafers) October 6, 2016


But here's the strange part, or the even weirder part.

For although Trump has good reason to be worried. His polls are not as good as he claims.

Donald J. Trump’s support has plunged across the swing-state map over the last 10 days, wiping out his political recovery from September and threatening to undo weeks of Republican gains in the battle for control of Congress.

Mr. Trump has already slipped perceptibly in public polls, trailing widely this week in Pennsylvania and by smaller margins in Florida and North Carolina — three states he cannot afford to lose. But private polling by both parties shows an even more precipitous drop, especially among independent voters, moderate Republicans and women, according to a dozen strategists from both parties who spoke on the condition of anonymity because the data was confidential.

Republican congressional candidates are weighing whether to keep supporting him, or concentrate on saving themselves.

Trump is being dogged by questions about his taxes, and pounded by the media to an extent never seen before.

With just a little over a month until election day, Donald Trump has racked up zero major newspaper endorsements, a first for any major party nominee in American history.


And even though the fate of his campaign may depend on how well he performs in his Sunday debate with Hillary Clinton.

Trump doesn't seem to be taking his debate preparations seriously. 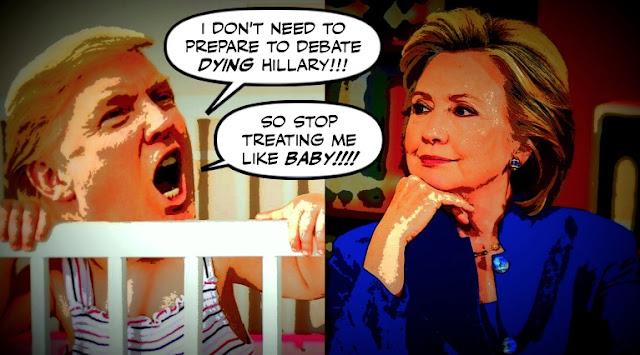 Only days before Donald Trump must face Hillary Clinton in a town-hall style presidential debate, the GOP nominee added just such an event in New Hampshire. It was seemingly a concession to anxious allies and advisers hoping he might hone his skills in what can be a difficult format even for the most dexterous of politicians.

Trump had other plans. “They were saying this is practice for Sunday,” he told the crowd in speech before the so-called town-hall. “This isn’t practice. This has nothing to do with Sunday.”

Which could be fatal, because one can be sure that Hillary Clinton is preparing... 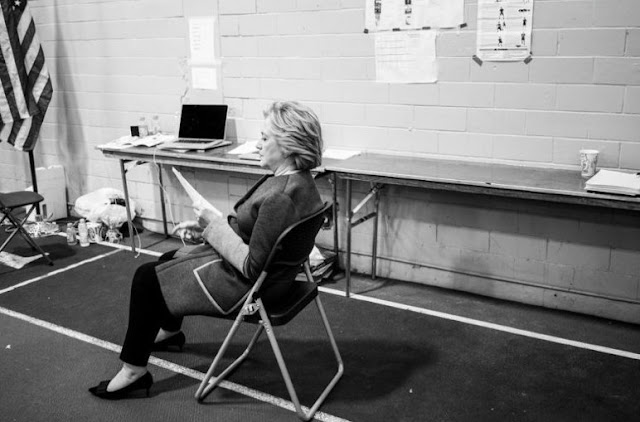 And she is already more prepared than he is. She has done many town halls, and is better equipped to answer the wide-ranging questions that can come from an audience of undecided voters.

So Sunday's debate could be the beginning of the end of the Donald Trump story.

Before his political career exits stage right, along with Ted Cruz's sad career.

And hopefully to the same tune by Simon and Garfunkel...

I heard the Cruz phone banking video was deleted so I took the liberty of re-upping. pic.twitter.com/6OwonHs0en
— Liam Donovan (@LPDonovan) October 6, 2016


Which seems only fitting.

For while Trump and Cruz are too very different Con men.

And they have had their ugly moments... 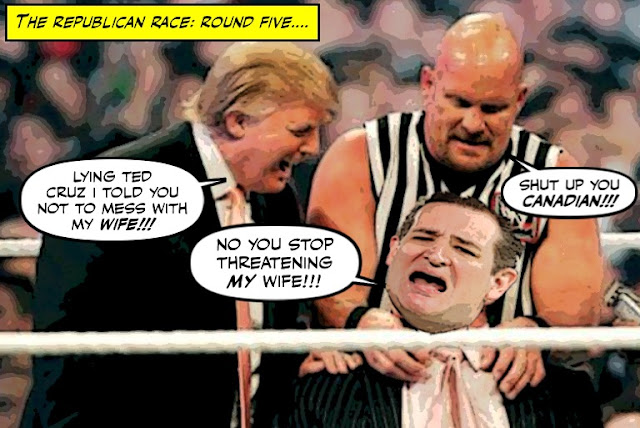 And hopefully when this nightmare is over, they will go down together...
Posted by Simon at 8:25 AM

Labels: Donald Trump, Ted Cruz, The Death of the Republican Party, The Madness of Trump, The Race for the White House

Mr. Trump has already slipped perceptibly in public polls, trailing widely this week in Pennsylvania and by smaller margins in Florida and North Carolina...

Don't worry, Simon. The GOP governor of Florida intends to deliver his state, just as Jeb delivered it for Dubya:

Scott, who has endorsed Republican nominee Donald Trump for president, said he wouldn’t honor that request.

“I’m not going to extend it,” Scott said during a press conference Thursday evening. “Everybody’s had a lot of time to register. On top of that, we have lots of opportunities to vote, early voting and absentee voting, so I don’t intend to make any changes.”

The Pallative care vote could tip Florida, Trump is going where no politican has gone before. Its Trump Trek.

The mass Puerto Rican diaspora in Florida (nearly 1 million) will make sure the state is won by Democrats.