Stephen Harper and the Dumbing Down of Canada 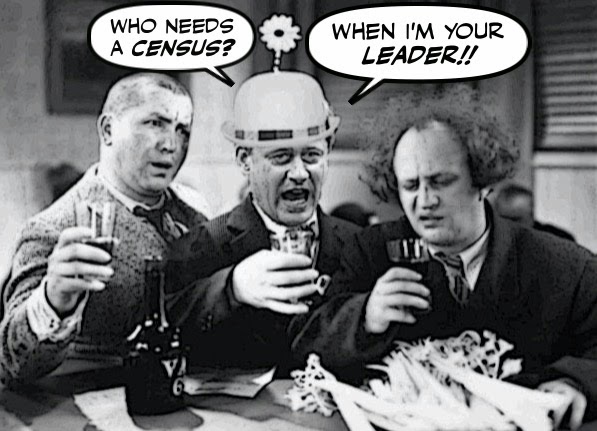 Oh. My. Galileo. I see that a liberal backbencher's brave attempt to revive the mandatory long-form census, that Stephen Harper killed five years ago, has sadly but predictably failed.

And for the same reasons Harper gave back then, when he ordered that it be destroyed.

Bill C-626 had the support of the opposition parties but Conservatives had said they were opposed to the core principles of the bill, arguing it would legally compel Canadians to answer intrusive questions. 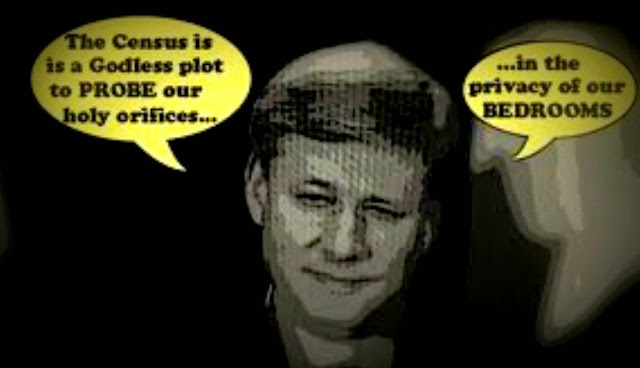 Because he was almost as crazy then as he is now. Except that now he's happily trying to invade our privacy with his sinister spying bill C-51.

And now we're all living in his dumbed down Canada.

The mandatory long-form census, distributed to one in five Canadian households, had a response rate of 93.5 per cent when it was last conducted in 2006. The National Household Survey, on the other hand, had a pitiful response rate of 68.6 per cent in 2011. The government tried to compensate by sending the survey to 10 per cent more Canadian households, at an extra cost of $22 million. Unfortunately, that doesn’t address the self-selection bias inherent to voluntary surveys.

When surveys are voluntary, certain groups of people are much less likely to complete them. Specifically, the very poor, the very rich, and people most likely to need government services were markedly less likely to return the National Household Survey — meaning those groups are substantially underrepresented in the data. The methodology of the National Household Survey is so bad it wouldn’t even pass muster in an introductory statistics class.

Condemned to stumble around in the darkness of his ghastly Harperland... 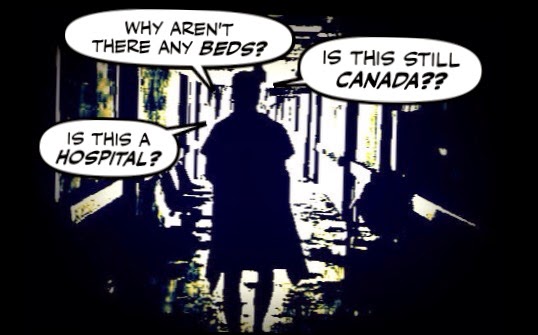 "It is no longer possible to...monitor the spread of poverty, check which diseases are on the rise, or determine whether the middle class is shrinking."


And the good news? We are not alone in wanting to bring back the long-form census.

With every passing day Harper's decision to kill it looks crazier and crazier.

Because let's not forget it WAS his decision.

He was warned, but still he killed it.

Which can only make him look even more like a MANIAC... 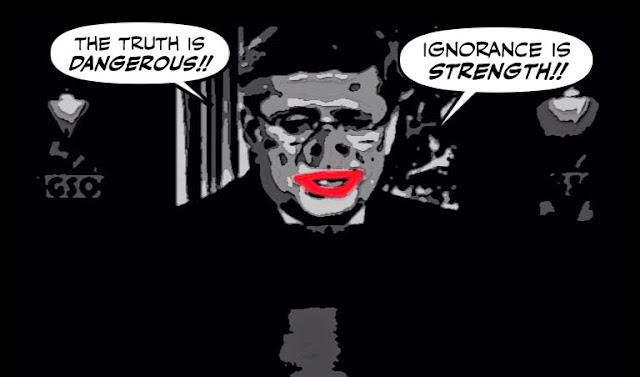 And we will be use that against him in the next election, when we ask Canadians whether they want the long-form census AND our Canada back.

In the meantime settle back in your chairs, and clap along with the Con clowns as they vote to kill the attempt to revive the census...

Try to remember the faces all those hapless stooges, because they're all going down with him.

And now please stand for the National Anthem of Harperland...

Or better still prepare to defeat those Con clowns.

And dumb us down further... 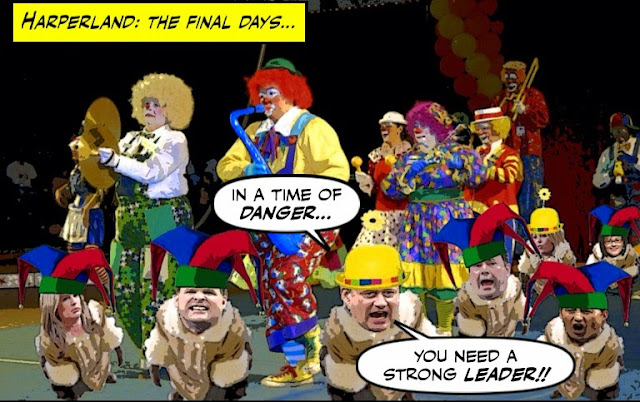 The problem being that Canada doesn't have a "progressive" leader worth a flying fuck. They duck and cover every time harpo farts instead of standing toe to toe with him and putting him in his place. We're already fucked in the next election. Another 30-40% of the voting population won't show up AGAIN because they're too disheartened by the mamby-pamby assholes that the "left" puts forward as their "leaders". What a way to run a circus!

I bought a T-shirt yesterday with "Canada ......Strong and Free" on the front! The shirt is BLACK! Need I say more?

So. Statscan can't know how many bathrooms I have but the horse(asses)men can read my emails.

mark my words if harper gets in again he's going to have left shark detained under the c-51 bill if it passes, left shark's name alone smells of dissent

"...And now please stand for the National Anthem of Harperland..." Priceless Simon where do you find these?

Good idea Kathleen I'm gonna have one printed up that says "Canada Strong and Free But Not Under The Harper-Con Clown Show". It will be black up top to signify petroleum dripping into a red bottom destroying the Canadian flag with Harper's face pasted on the Maple Leaf getting the brunt of it giving him a black oily eye not bad eh?

I do have my artistic side ;-)

gee they don't want long form census because it "invades" someone's privacy, but its o.k. to pass bills which will invade our privacy, o.k. perhaps one of stevie's stooges can explain that one.