Stephen Harper and the Big Chill 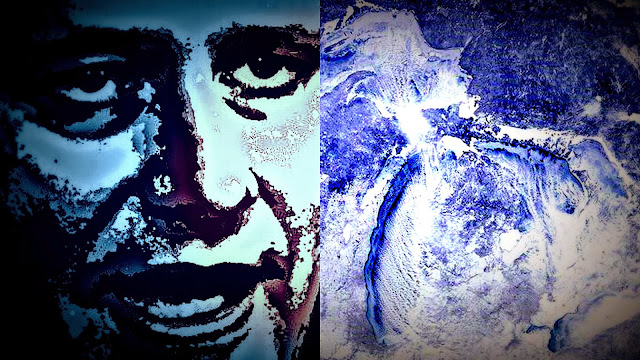 It's brutally cold out there, again. With the wind chill it could feel like minus 40 tonight. The Great Lakes are almost completely frozen.

I'm worried about the homeless and these young trumpeter swans in the harbour... 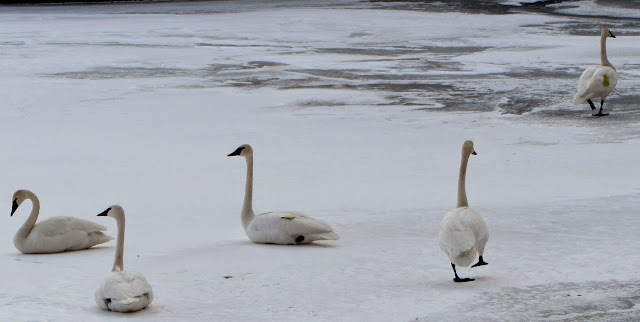 Who like all the other lake birds now have almost no open water in which to find food.

And as if that Big Chill isn't bad enough;

Then there's the chill you get when you check out Environment Canada's weather page, and come face to face with the icy horror of Harperland.

Because there at the bottom of the page is a link to a new Canadian Harper Force's ad.

Which makes the world look like a really scary place... 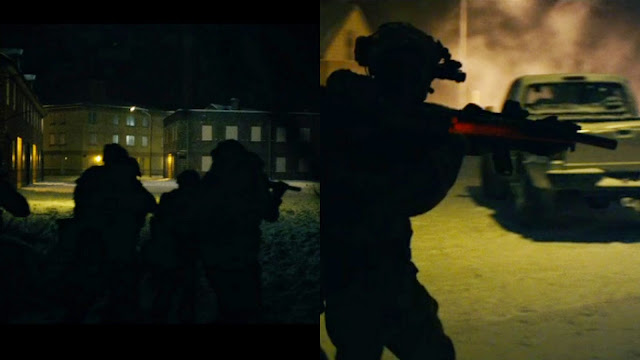 And is tailored to reinforce Great Strong Leader's message that he can only he can keep us safe.

And if you don't believe that, you can check it out for yourself by clicking on this other ad on the same weather page.

Where it's always raining terrorists.

So Stephen Harper can try to scare Canadians into voting him, and use fear to stir up xenophobia, while he turns us into a police state.

A monstrous place where as the Big Chill slowly drives us crazy, you can't even trust Weather Canada...

But here's the thing eh? Winter may be hell, but unlike Stephen Harper it's 100% Canadian.

It brings out the best in us. I've been moved by the great stories of people helping each other out in the Maritime provinces, after being buried by one massive snow storm after the other.

And I find it hard to believe that people who can survive a Snowmageddon like that one, or the Big Chill, could be frightened an inflated terrorist threat, or scared into submission by a tin pot dictator like Harper.

And I think that's what in the end might save us. The fact that you have to be pretty tough to live in this frozen wasteland... 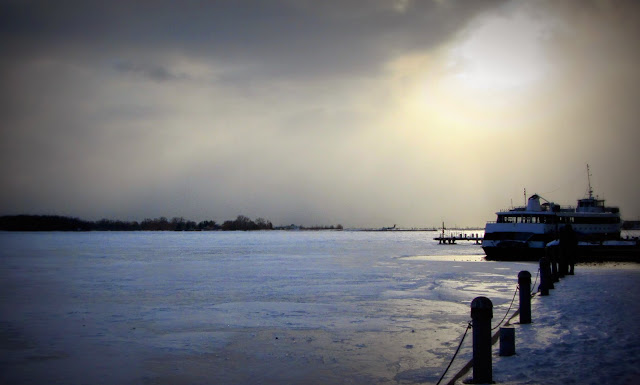 As beautiful as it may be.

So Canadians don't scare easily, and sooner or later most of them know bullshit when they see or hear it. They definitely don't like being brainwashed with their own money.

And all that, along with the state of the economy, and a desperate desire for change, will be Stephen Harper's downfall.

Oh sure, I know. If you're an optimist in Canada these days you take your life in your hands eh?

Because EVERYBODY hates you.

But what's the alternative? Wallowing in your own misery while freezing your ass off?

So I still say the big red Canada train is coming...

And the dictator will be buried... 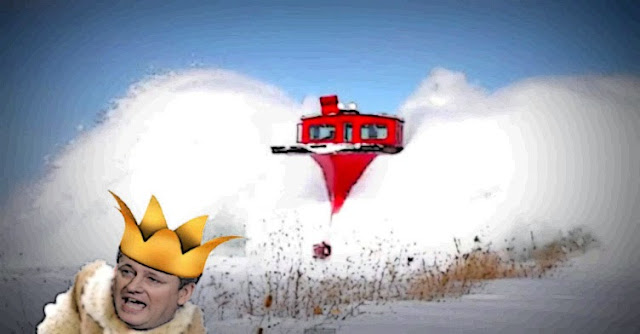 Citizenfour won the Oscar for best documentary at the 2015 Academy Awards. ... Poitras and journalist Glenn Greenwald were on hand at the event to accept the honor.

(Perhaps Laura Poitras and Glenn Greenwald could be persuaded to do a documentary showing how Harper's anti-democratic agenda has evolved over the past 9 years.)

Glenn Greenwald: "...and that word [terrorism] as I said is meaningless in the sense that it has no definition, but it's inflammatory in the sense that it's incredibly consequential, and it happens over and over again with these attacks, and I think it's really worth thinking about what that word means, and the effect that we've allowed it to have on all of our thought processes as citizens.

That was followed by the remarkable agility of how the Harper government tactically responded to these attacks. I am not a particularly enthused fan of the Harper government (audience clapping) but you know I think it's important to give credit where it's due. The speed and the aggression and the brazenness and the shamelessness with which the Prime Minister moved to manipulate and exploit the emotions around these events to demand more powers for himself, was in a really warped way, almost impressive. I mean, you've gotta give him credit, if you look at how other western governments responded to these attacks, they usually have the decency to wait an interval of two to three weeks before admitting that they're exploiting these fears in order to justify new legislation and new powers. But Prime Minister Harper is remarkably unburdened by those kinds of qualms. It is--it was really --it's amazing.

He said: [quote] Our laws and police powers need to be strengthened in the areas of surveillance, detention, and arrest. They need to be much strengthened. I assure members that work which is already underway will be expedited. [unquote]

Glenn Greenwald on what Canada should not do now
http://www.macleans.ca/news/Canada/interview-glenn-greenwald/

The right-wing Canadian government wasted no time in seizing on the incident to promote its fear-mongering agenda over terrorism, which includes pending legislation to vest its intelligence agency, CSIS, with more spying and secrecy powers in the name of fighting ISIS. A government spokesperson asserted “clear indications” that the driver “had become radicalized.”

Advertising for military recruitment is no longer the Canadian Armed Forces, its the Goverment of Canada,, Strong Proud and Free OMG!!!!

I may be repeating this but it bears repeating. My two older brothers reported to Manning Depot in
Edmonton when they were seventeen to get ready to be inducted into the military at eighteen to serve in WW11. They were very young and very brave and they were off to fight for freedom. What would they think of Canada now. A country of frightened timorous people voting to lose their freedoms in the face of a handful of terror threats that could be just a bunch of propaganda. There were propaganda threats by the dozens during WW11 and we didn't quiver in terror and sell any of our freedoms then. We owe it to my brothers and the thousands of young men like them who went to fight for freedom to honour their actions by making sure o0ur country stays free and democratic.

hi David...yes I actually watched the Oscars this year, and the victory of Citizenfour almost made it worthwhile. Although I wish Glenn Greenwald had got to say something because like Snowden he deserves a lot of credit. And his warnings along with those of Ralph Nader should be heeded by those Canadians who STILL don't get it...

hi Steve....yes, just like the RCMP has become the Harper Police, the Canadian Forces have become Harper's Army. When the Cons are finally defeated their brass button collaborators are going to have to explain their treachery....

hi anon...my grandfathers also went off to war at the same age, and I'm almost glad the one who learned to fly here, and loved this country all his life, isn't around to see what it has become. For he would be disgusted. But them as I always say, that's just another reason we need to take our country back....

You are right about Météo Canada. I'm going to have to find another default weather site. When it isn't militarism or scare stories, it is that bloody misogynist, heteronormative, carcentric, upper-middle-class ad for "Income splitting". Can I split mine with my cat?