The Twilight of the Harper Regime 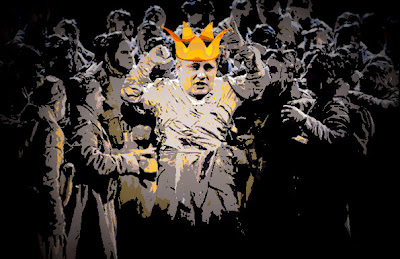 For seven long and dark years Stephen Harper was able to hold this country in his iron grip.

For years him and his Cons were able to fool Canadians into thinking they knew what they were doing.

For years he was able to make the stooge media dance to his tinny tunes.

But now it's all going horribly wrong.

Canada posted its worst monthly jobs loss in more than four years in March, another sign the economy is struggling to cope with weak foreign markets and a strong Canadian dollar.

Canada shed 54,500 positions in March, more than wiping out the 50,700 jobs that were added in February, Statistics Canada said on Friday.

Their Big Oil policies are killing good jobs all over the country. Even in their precious Alberta. The housing market is slowly collapsing. The trade deficit is ballooning.

Adding to the gloom were trade figures for February that showed Canada's deficit increased to C$1.02 billion on both lower exports and higher imports. Traders had expected a surplus of C$200 million.

Now they have been exposed as frauds and Con artists. The Porky Action Plan gang.

Now even some in the MSM are calling a dictator a dictator.

Canadian democracy is under threat from its own government. The Conservatives under Stephen Harper are running an effective dictatorship. They believe they are quite within their rights to muzzle Parliament, gag civil servants, use taxpayer money for blatant political self-promotion, stand accused of trying to subvert a federal election and hand over much of Canada's magnificent natural heritage to the multinational oil and gas lobby.

What is even more disturbing is that the national media, with a few notable exceptions, has underplayed or ignored these developments that are a clear assault on Canada's democratic institutions and processes.

How long will Canada be able to claim to be a first-world democracy if this anti-intellectual, anti-science and clearly anti-democratic climate persists in Ottawa's corridors of power?

It really is the twilight of the Con regime. This corrupt rotting government is finally on its way out. It's only a matter of time.

As long as they were able to fool people into thinking that they were good money managers it gave them a Teflon coating... 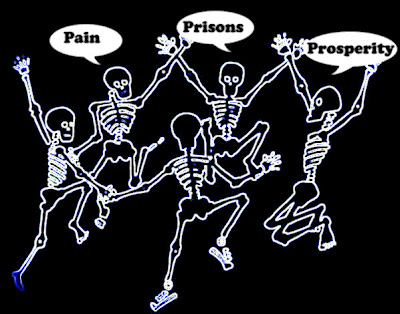 But now that Teflon coating is falling off, like flesh off a corpse, every blow we land on them will be the equivalent of three or four.

For as the pain of their failed economic policies hurts more and more Canadians, the anger of their many victims will be hard to contain. All the foul things the Cons have done will appear even worse than they have been.

And Canadians will be inclined to show them and their stooges no mercy.

The struggle will still be long and hard, for the Cons will be DESPERATE.

But the democratic opposition now has the wind in its sails.

Nobody will be able to deny what the Dutch Disease has done to this country.

Almost all the job losses were in full-time positions. The manufacturing sector, particularly affected by the strong Canadian dollar and struggling customers, lost 24,200 jobs.

Or what the Cons have done to decency, with their Big Lies.

And their plans to make their precious Alberta richer, even if they killed Canada.

Or the future of young Canadians.

Say thank you for nothing. LOSERS.

And give The Great Economist  Teflon Bony Dictator the last dance....

Want to have an even better weekend? See...

The P3s ha. Designed to be over budget and then sold to companies based in tax free zones losing another 15% on the contract and all the taxes on the salaries of the executives. What a scam

Goiter damn! A rung closer to Heaven, aka a Stevie-free environment.

Yes, how wonderful according to that articial the NDP is headed for disaster (doubtful btw) just as Justin comes out in favour of keystone and a pipeline to the west coast. Don't take my word for it ask Big City Lib.

Don't be too quick to declare victory on behalf of Justin, he spent 6 months roughly campaigning to be leader of the Liberal and yet zero new members? and don't give me the supporter crud, 70 percent could be bother with registering, and you don't know the level of commitment of the other 30 percent and how many a plants from other parties. Serious I give Justin an F for effort.

But I see that Justin was chirping at Mulcair again over his 'divisive' political playing in Washington re: his anti-pipeline speeches, but for FUCK SAKE?! Do these idiots not GET IT?? The more Trudeau and Mulcair chirp at each other, the easier it is for Harper to pick them off. These two need to UNITE, coalesce and form one singular united front; if they do, the damaging disaster of HarperLand will be banished from whence it came, for good. The last you'll see of Harper Dumpty is his fat ass falling over the Alberta firewall onto the other side. If they don't, the vote of the substantial majority of Canadians who oppose Harper will be split, again. Harper 'won' his robo-fraud 'majority' with under 40% per cent of the vote (in other words 60% of those who voted did NOT vote for Harper's robo-fraud party) and if you factor in the eligible voters who did not bother to vote at all - that number rises to 75% of Canadians that did NOT vote for these robo-fraudster Cons. Yet they frauded their way to a phony majority and have run Canada into an economic oil spill, and made us an international pariah and embarrassment. If Mulcair and Trudeau do not unite to defeat this Con scourge, they will be as much to blame as HarperLand for Canada's destruction.

Every time the cons excuse themselves because the libs did it too the ndp runs up the middle as the obvious choice. Sorry about the P3 comment so off topic must have been on another planet. All political parties are somewhat in the control of big
Business,oil and gas banking and mining but the cons are slaves the ndp reluctant partners

hi Rick...yes, when I feel blue I think of how Stephen Harper must be reacting to news stories like that one. And I feel so much better... :)

hi anonymous...it's all a giant scam, where the rich keep getting richer, and the poor get poorer. The system is so corrupt only radical surgery will save it now...

hi Ryan...I assume you're answering Rick's comment because I certainly didn't declare victory on behalf of Justin. So I'll just say that only time will tell whether he will be a successful leader, and the NDP will get the same time to show that they can do better than him. But if they split the vote and the Cons get in again, I will be really pissed at BOTH of them...

hi wazz... well as you know I agree with you, it seems obvious to me. As things stand now, one of the two progressive parties has to collapse if the other is going to have a chance of winning the election. But if that doesn't happen BOTH will be screwed. However, at this time both the Liberals and the NDP think they can win alone, so nobody will listen to us. Let's hope we're both wrong, because if we're not we are going to spend the next five years, after the next Con victory, shouting at people "We told you so !#@#!! ;)

hi anonymous...my honest belief is that as the situation all over the world gets more polarized between right and left, the so-called mushy middle will evaporate, and we will be left with just two choices. The Cons or the Other. What that Other will be I don't know, but that it must and will be I'm sure...