Harperland: The Horror and the Beauty 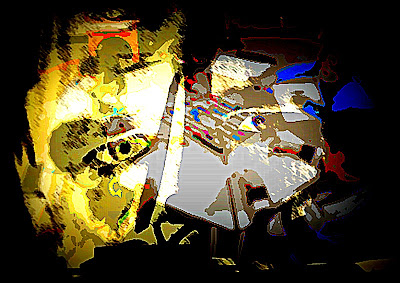 One of the worst things about living in Stephen Harper's monstrous Canada, is having to spend so much time writing about the crimes of the Con regime.

The vile acts, the ugliness, the cruelty, the barbarism of that bestial cult that is slowly killing our country.

Instead of being able to write about the more beautiful things, the good people, and the great Canadian stories that inspire me, and make our country worth saving.

Like the amazing story of Dr Fred Urquhart and his wife Norah from Toronto who spent 40 years searching for the secret hideaway of the magnificent Monarch butterfly. 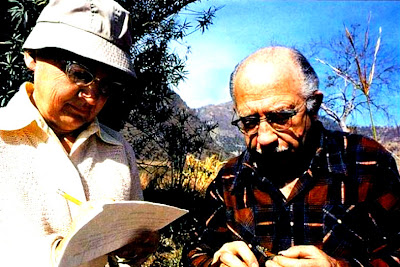 Early in 1976, Fred and Norah Urquhart, then in their sixties, climbed the "Mountain of Butterflies" to view the spectacular reward for forty years of research. While staring in wonder at the fluttering multitudes, a pine branch broke from the weight of the butterflies and crashed to the ground at their feet. In the cluster of spilled monarchs, the Urquharts found one bearing a white tag. The butterfly had been tagged in Minnesota before setting off on its long trek to Mexico.

Because that moment, when that Canadian couple stared at the culmination of their life's work, is right up there in my book with the discovery of Tutankhamen's tomb.

For if when Howard Carter was asked if he could see anything through a hole in the tomb he replied "Yes, beautiful things."

This for me was even better. 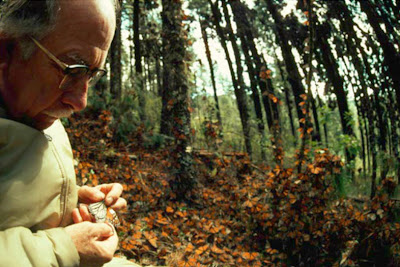 I gazed in amazement at the sight. Butterflies—millions upon millions of monarch butterflies! They clung in tighty packed masses to every branch and trunk of the tall, gray-green oyamel trees. They swirled through the air like autumn leaves and carpeted the ground in their flaming myriads on this Mexican mountainside. Breathless from the altitude, my legs trembling from the climb, I muttered aloud, “Unbelievable! What a glorious, incredible sight!”

And now there is a new IMAX movie that recreates their long search and that magic moment, and it's simply awesome...

I can't recommend it enough. And you can read more about it here.

It's the kind of story I'd like Canada to be known for, along with other good things like the discovery of insulin, or our peacekeeping tradition.

Instead of what the Cons have made of us, a belligerent, pariah petro state, with a Neanderthal government  that shames us in the eyes of the world.

Where we sing the praises of English generals and old battles, but can't even preserve our own gentler heritage.

People in the neighbourhood once called the house “butterfly central,” but now it’s empty and slated for demolition.

Some years ago, Spilsbury talked to people about erecting a historical plaque in front of the house to recognize the work the Urquharts did there, but couldn’t find anybody who was interested.

Or celebrate our real heroes. Or the decent things that once made us proud to be Canadians.

Oh well. What I take from Fred and Norah's story is that in the pursuit of those decent beautiful things, and a kinder, gentler world, we should never give up.

And that if we can inspire others to join us in the pursuit of that dream, like they did, and work hard, wonderful things can happen.

Like what happened to me last summer, when I waded ashore on the island, walked into a wooded area.

And came across an amazing sight...

And the best thing? For several summers I had helped scatter seeds in a nearby milkweed patch. But never could I have imagined that simple task would reward me so magically.

As our efforts to bring back our Canada will reward us one day, when we finally defeat this evil Con regime. For it will be a day to remember eh?

Yup. On that day we can start to dream of beautiful things again.

But for now there is only ugliness and struggle.

For now there is only this... 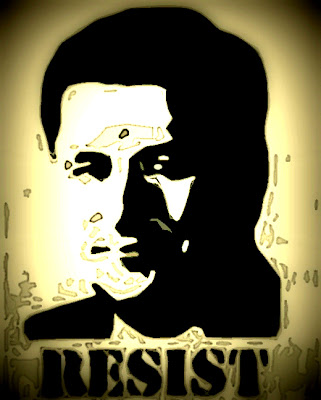 Wandering through different web sites? You have no idea the rage pouring towards Harper. I don't just mean a few people, I mean everyone. Harper's dirty vile attack on Justin, backfired, big time. People are asked to send Harper's dirty vile pamphlet, he is sending out, on our dime regarding Justin, send them right back to Harper, with perhaps a nasty little message on it.

Why is Harper attacking Justin? There isn't even a damned election? I don't care what anyone says, Harper is absolutely nuts. There was quite a to do. Seems Harper ordered Police. They are forbid to speak to Harper's Ministers nor his caucus, without Harper's approval? Harper sadly, badly needs, a mental evaluation.

This is a followup to a contribution I made on Big City Liberal's site about the parallels between Harper and political thugs and crackpots such as Gerry Healey or Lyndon LaRouche.

The late unlamented Gerry Healey was a thug and political gangster who for well over three decades routinely slandered, beat up and terrorized both political rivals and his own followers, or hounded his rivals through the courts, or used his propaganda machine to fabricate and spread the most far-fetched and malicious lies about his rivals. This tiny, fat and generally repugnant thug with delusions of universal grandeur, leader of the late unlamented British Revolutionary Workers Party was eventually expelled from his party as a "serial rapist", that is on the grounds of moral degeneracy and crimes against the membership, but it took the membership more than 20 years to screw up the courage to bring him to account. In the meantime this crazed lunatic saw fit to behave as he well pleased as he felt there was no one to bring him to account. He routinely dispatched thugs to beat up members of rival groups, terrorized his own membership by slapping around any with the temerity to question his wisdom during meetings, forced many of his own followers to "walk the plank" under the most spurious charges and directed screeching polemics full of the wildest concoctions and ravings against his political opponents. The British press is full of tales detailing the adventures of this crazed lunatic. Or one could follow the memoirs of his American disciple Wohlforth, who eventually regained his sanity after he was driven from Healey's ranks.

On this side of the Atlantic, an offshoot splinter of Healey's group was assembled around Lyndon LaRouche and engaged in similar antics and crazed behavior, labelling its rivals and political opponents on the left, and eventually its own membership, as being CIA agents and treating them as such, attacking their meetings with martial arts weapons before eventually veering to the far right itself and offering its services to the CIA, to drug lords, to seedy dictators and to anyone willing to hire them.

But this type of behavior is what one expects of crazed political cults and sects, not from an established mass political party and certainly not from the government of Canada.

Sorry, the name was misspelled in previous contribution, it should have read Gerry Healy.

That said, there's a bit too much Nazi-baiting going on in political discourse, and it does get somewhat tedious, with the Reformacons spouting off about liberal fascism, PQ fascism and the like, to the point where words lose their meaning and ignorance prevails - so it's better to use other examples to get the point across, rather than have to retract or qualify your assertions will all sorts of additional arguments...