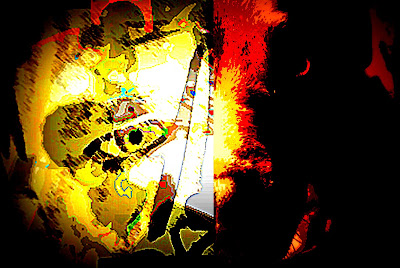 When you stare at the public face of Stephen Harper's sinister Con regime, what you see is horrifying enough.

A tired, morally corrupt regime, that is willing to lie, muzzle people, or do anything to cling to power.

But what most Canadians don't see, what is hidden from their view, is even more frightening.

For what they don't see is a small army of young Con operatives, who ruthlessly enforce their master's will. Stephen Harper's little pit bulls; a.k.a. "the boys in the short pants."

In an extraordinary move, some Conservative backbenchers last week openly fought back against Prime Minister Stephen Harper's tight grip over their one-minute MPs' statements in the Commons, but a former deputy chief of staff to the PM says restless backbenchers are also frustrated by the caucus control of "the boys in short pants" running the PMO.

Like the one who was caught on camera a few months ago... 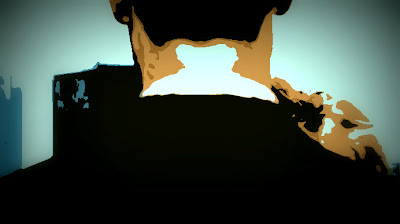 The ones who force grown men, like the Con MP John Williamson, to regurgitate absurd pap like this.

Mr. Speaker, the NDP has a plan to impose a carbon tax that would raise the price of everything and hurt the Canadian economy and job growth. The NDP’s $21 billion cap-and-tax scheme would punish job creators, raise the price of gasoline and diesel, and essentially tax everything made in Canada. Could the Parliamentary Secretary to the Minister of Fisheries and Oceans please inform the House how the NDP’s hidden tax agenda will punish fishing communities in Canada?

Which is nothing but a Big Lie wrapped in a tissue of madness, and in any other setting would have him COMMITTED.

The Con pit bulls who literally pushed the bumbling Minister John Duncan out of a newser when he forgot his lines... 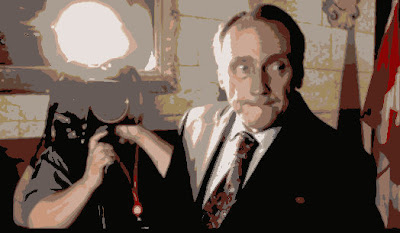 Like he was a senile uncle who had just dropped his pants at the dinner table.

And what I want to know is who are these young Con operatives? Where did they come from? Who is giving them the licence to bully and intimidate? And if they are as incompetent as many Con MPs say they are, what criteria is the PMO using to hire them?

There has been more than one instance within the government of an applicant being interviewed for a junior position in a minister’s office, and being turned down for lack of experience, only to be hired by PMO and put in charge of the people who had rejected them.

For knowing the PMO, I haven't the slightest doubt that they are being chosen for their ideological and/or religious fanaticism, and their blind loyalty to Stephen Harper.

And the fact that he is using those young fanatics to run what is in effect a hidden parallel government, tells you more about the Con regime and to what horrible place it might take us, than almost anything else.

And in a country where the blind lead the blind, and the truth is what Great Ugly Leader says it is, nothing could be more disturbing or depressing.

Which is why I thank the Great Polar Bear God of the Great White North for Canadians like Kevin Page. 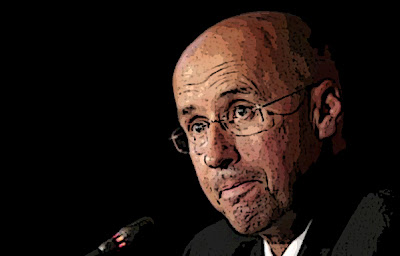 In Bob Dylan’s song “Things Have Changed,” he sings, “the human mind can only stand so much . . . the next 60 seconds could be like an eternity . . . I used to care, but things have changed.” I stopped caring about job security. We buried a son. As Dylan goes on to sing, “I’m out of range.”

For holding up the light of truth in this foul fascist darkness. For inspiring me with his decency and his courage. For reminding me that our Canada is still alive, and so much better than Harperland.

And of course, for making me want to get my beautiful country back eh?

Even more than I already did... 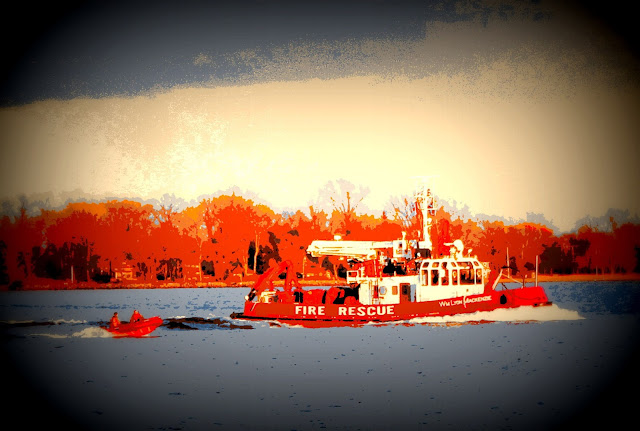 A country that is clean, noble, and as fresh as a cold north wind in the face. A still young country, where hope still lives, heading for a brighter future.

Oh boy, do I ever want that country back. I could never be anything but wild and free, so I LIVE for the day of liberation.

So please, unite to defeat the sinister Con regime. Don't take any chances, for our democracy is in terrible danger.

Send Stephen Harper and his ghastly little pit bulls back to the hell they came from.

Just think; if not for the harpercons' exploitation of election fraud in the last election, the best harper and his minions of Jayzuz-Freek MPs and "harper youth" PMO minions would have been a minority.

The toughest job is, trying to get people to see through Harper.

Harper is an old Reformer Fascist from his Northern Foundation Party of 1989. Harper is a Dictator and, that is very hard to miss. Harper's asinine Omnibull-S-Bill should tell them that? It's fine for China to sue any Canadians, getting in China's way? It's fine to give China, our resources and resource jobs? Chinese resource workers earn, $800 per month? What part of that, don't people understand?

You get the gist in the first two minutes. It's about Bill C-38 last year.

Interesting comparison with dogs there. It made me think of all the dog teams I saw up north. The dogs can be loud and dangerous at times. I think its about time the driver (us the voters) cracked the whip and let them know who the boss is. Sometimes a dog can be hard to break but scurry off with their tails between their legs once they know enough is enough.

hi thwap...I think about that all the time. I still can't believe it happened. I still can't believe that somebody tried to steal an election...in Canada. But that's one of the reasons I wanted to write this post. To help explain how such a thing could have happened. For whoever did it, it could only have sprung from the mindset that winning is all that counts. And you know where that comes from....

hi anonymous...he has been a Teflon man for a long time. He doesn't spend so much money grooming his image for nothing eh? But judging from his polls some of that Teflon is wearing off, and he's heading for a fall...

hi Hugh...I remember the story, and the fuss it caused, because it's not often you can catch a Con MP being brutally hones. I just can't remember how it ended. Does he still have a tongue? ;)

hi Way Way Up...well you're talking about noble huskies, but I'm talking about attack pit bulls, who are really attack Chihuahuas but with very sharp teeth. And they are MUCH harder to train. ;)