The Lockerbie Bomber and My Scotland 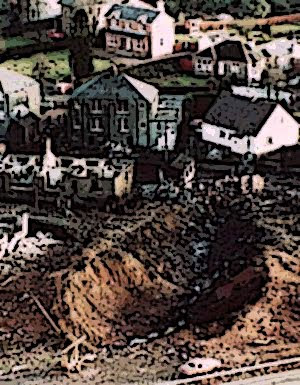 And when we left Heathrow airport about a week later for a Mediterranean holiday, I expected the plane to blow up at any moment. All the way there and ALL the way back. So at the time, if I'd had the chance, I would have smothered the bomber with my teddy bear.

But now that he is dying and has been released on compassionate grounds, and some Americans are in a foaming rage. And threatening to boycott Scotland.

A FURIOUS anti-Scottish backlash over the decision to free the Lockerbie bomber erupted last night as Americans threatened to cancel trips across the Atlantic and were urged to stop doing business with Scotland.

And every Con in Canada from Small Dead Chihuahuas to the National Disgrace has jumped on the bash Scotland bandwagon.

All I can say is I've never felt prouder to have been born in that small but beautiful country.. 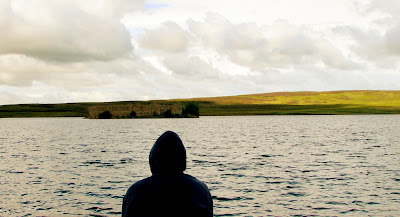 And I agree with this guy.

For 16 years now, our statutes have given us leave to release from prison anyone who is deemed by competent medical authority to have three months or less to live. It was a concession rooted in compassion, pity and forgiveness. Few in the United Kingdom have ever taken issue with it. It is a good and just law. MacAskill simply applied it.

You don't sacrifice the values of a country upon the altar of political expediency. And you certainly don't take any morality lessons from the United States.

Scotland needs no lessons in matters of fairness from a country that has been routinely waterboarding suspects in Guantánamo Bay.

The next time Clinton calls to express her disgust about the decision to send Megrahi home to die, perhaps someone in the Scottish government could ask her in return about the leniency shown to US soldiers involved in the Mai Lai massacre in 1968. And then they can remind her about the US warship Vincennes, which blew an Iranian Airbus and its 290 passengers out of the sky in 1988.

I'm sorry many of the relatives of the victims are so angry. And I share their disgust about the way the dying bomber was received in Libya. But that's Libya's problem not Scotland's. And revenge isn't justice or a Scottish value....unless you belong to a Glasgow street gang. So they are just going to have to live with it until the bomber dies.

Because values are what make a country. And showing decency and compassion in an ugly world...or showing the scummy terrorists that we are BETTER than them... is as they say PRICELESS.

So let the Americans stay away. The Scottish people don't need them. No fish and chips and mushy peas for them... 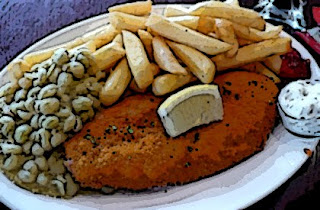 Let them scream I'm so ASHAMED to be Scottish. WAAAAAAAH !!!

But when I next visit my humble little village on the north east coast of Scotland. Like I do in the following tape.

I'll be looking out of the window of the plane as it comes in to land in Glasgow.

Thinking you don't have to be big to be GREAT.

And singing this song....

I can't even imagine the pain the victims' families must be feeling. However, there is a reason we have laws and courts and juries and judges. Dispassionate justice may seem unfair to the victims, but the alternative is vengeance and never ending blood feud.

BTW, one point I only ever heard mentioned once in the media is that the Libyans - on an official level at least - have always maintained Megrahi's innocence. Now, I don't pretend to know what was going on in the minds of those Libyans cheering his arrival at the airport. But if they were, in fact, cheering the release of someone they considered to be an innocent man as opposed to a mass murderer, that kinda puts a whole different spin on things.

There was something recently in the press about America not interfering in the sovereignty of other nations.

Yet, Mrs. Clinton made a strong representation about the Megrahi matter just a few days ago. The US media jumped on the bandwagon in a fit of "me too" syndrome.

Scottish law is, in part, different from British Common Law and this component is a worthy element that needs to stay on the books.

One could hardly imagine a person near death's door having to live a his last few months in Dounreay. From all accounts, it's a hell-hole of a place with rampant addiction--for starters.

Will we ever know the involvement of the CIA in all of this?

Of course, there was another tragedy in Scotland--Dunblane.
Both are terrible and it's interesting to note the charitabilty of the legal system to allow Megrahi to go home to live out his last days.
-------
I hope the Americans don't boycott and see sense but I'm sure you don't want any more ignorant Americans coming over asking for directons to Brigadoon and showing their ignorance in a multitude of ways.
--------

You might be surprised to find out that the first Anglican bishop in Toronto, John Strachan, was an Aberdonian who converted to Anglicanism early in life.
It's interesting to note how greatly the Scots have contributed to the building not only of this country but this city.

It seems there were some under the table deals going on with the release.

The Corries! Thank you, Simon. I was standing and belting that wonderful anthem out all the way through.

I don't pretend to be an expert on all the conflicting evidence and theories about the PanAm flight, but putting Megrahi in jail solved nothing so far as I could see. The British families don't appear to have been convinced by his conviction and still want the truth. Continuing a careful investigation seems to me the way to go, although I have no doubt there are a number of official players, not just the Libyans, who have reasons to block that truth.

The smallness of America never ceases to amaze me. Must be something in the water.

Even though he is dying,he should not be trusted and he should still be monitored.

hi Jennifer...I too feel for the victims. But unfortunately these days too many people equate justice with revenge. And that's not the way a civilized society operates.
As for Megrahi....yes many people in Scotland believe he is just a scapegoat,and so do a lot of Libyans.
But the Libyan government should have had the decency to make his homecoming a discreet affair.
But then I don't expect anything from that degenerate tyrant Gaddafi.
And just glad to see an excellent guy like Kenny MacAskill upholding the values I believe in. He is also facing a lot of opposition for his excellent attempts to reform Scotland's penal system.
But decency is paramount in my book, beacuse if we're not better than them who ARE we?

Hi Torontonian... I think Hillary should not try to tell the Scottish what to do because that's the sort of thing that's gives us red faces...or painted blue ones. :)
We have a 400-year-old legal system so really we don't need the Americans or anybody else to tell us how to run our affairs.
And nothing impresses me more than a decent person doing the right thing...even though its unpopular.
because if our justice system was directed by the sound of the mob our society would be a jungle.
And yes for a little country Scotland has made its mark.
Wherever you go in Scotland you come across places whose names are familiar ones in Canada and America.
And we've exported some great people...like yours truly ;)
On the other hand, I was recently horrified to learn that most of those horrible rednecks in the American South also trace their ancestry back to Scotland.
And on a lighter note read a study that claimed the reason so many people in Scotland are dour is that all the optimistic ones left for new worlds, while the gloomy ones stayed on.
So now I don't know what to think, but I do love Scotland...

hi Technology...yes there is talk that the British government didn't kick up a fuss because it has a plan to sell bombers to Libya.
Which would be outrageous, because the man is a crazed egomaniacal tyrant...and if anybody knows who gave the order to blow up that plane he does.
But I doubt the Scottish government knew about that,and knowing MacAskill's strength of character, it wouldn't have made a difference even if they did. Because Scotland has its own parliament and justice system, and the SNP government doesn't take dictation from the fallen Scot Gordon Brown....

hi skdadl...I'm glad you like the Corries.I prefer the version sung by sixty-thousand fans at a soccer game. ;)
But the song will be our anthem.
As for this case it remains extremely murky. I've read that the Syrians of the Iranians could have been involved....as revenge for the Iranian airliner the Americans shot down.
But who knows and twenty years later I'm starting to think that we never will...
As for boycotting Scotland that's their loss. My parents went down to the awesome Fringe Festival in Edinburgh and they said it was excellent...and crowded.
They can beat their vengeful jungle tom toms but we'll march to the sound of own drums thank you very much...

Hi Omar...look I don't know what it is. A temporary nervous breakdown? Because they do have a lot of things to worry about and that's why they are so so angry about EVERYTHING.
Or is it simply the End of the American Empire?
Because how else would we expect it END?
If not in madness.
Because madness it is...

hi Lisa...I agree with you. He has not been pardoned. He has been released to die at home.
So he really should be under some kind of house arrest.
Since some Libyans in that corrupt regime seem determined to parade the obviously sick and dying man around, that would both punish him and protect him.
Although I don't really believe in punishing sick dying people. I believe in a better world than that. And if we don't practice what we preach...and show them that we are stronger and BETTER than them...because we showed compassion when they did not. We'll never get there...
We'll never get there....

hi Frank Frink...thanks for that piece by Gwynne Dyer it was really excellent.
I see that Robert Fisk also points the finger in that direction.
It seems to me that if the Americans want to scream at anyone they should scream at their own government.
And of course, now I'm even prouder of Scotland's decision... :)