The Mad Cruelty of Stephen Harper 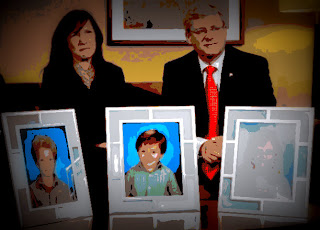 It has been said of Stephen Harper, by those who know him well, that he is a man incapable of feeling the pain of others.

A man with no capacity for empathy, a man devoid of human warmth. In short, a clinical psychopath.

So you can imagine how I felt today when I saw him sitting behind the pictures of three dead children, squeezing out a tear, and going after the mentally ill.

New legislation designed to keep mentally ill murderers like Greyhound bus passenger beheader Vince Li and child killer Allan Schoenborn off the streets for longer periods, if not indefinitely, is raising concerns this is little more than a knee-jerk reaction to a few sensational, albeit rare, cases.

Continuing his crazed Crime and Punishment Crusade, playing to the emotions of the vengeful mob, putting fear before reason.

Schizophrenia Society of Canada chief executive Chris Summerville said this type of legislation does little to combat prejudice and stigma toward people with mental illness. Noting 3% of people with a mental illness come in conflict with the law, Summerville said 0.001% are found not criminally responsible. Furthermore, 93 to 97% of them find treatment that works and do not reoffend.

Undermining the efforts of those who are working to try to shatter the prejudice against the mentally ill. Punishing those were sick but now are better. Jailing even more of them. 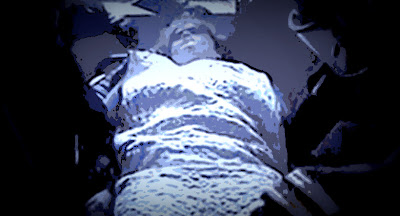 Instead of coming up with new ideas and programs to help them. Even though the need is so great, and the human and economic costs of doing nothing so enormous.

According to the Mental Health Commission of Canada, mental health is the fastest-growing disability claim in Canada’s workplace. In fact, 21.4% of the working population currently experiences mental health problems that can affect productivity. Much of that is made up of individuals in their prime working age of 25 to 54.

And why is Harper pursuing this insane agenda? Answer: to appease his bloodthirsty Old Testament base, and turn fear and ignorance into votes.

For which purpose he would pose with the pictures of three dead children, and profess to be moved.

After just having killed a national anti-bullying program that could have helped keep these three Canadian kids alive... 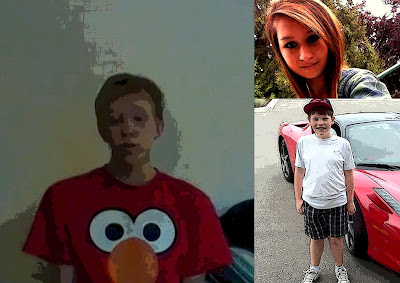 Pose with THESE pictures Great Crime Busting Leader. Squeeze out a tear for them and all the other forgotten victims.

Oh boy. You'd think Harper would know better than to attack and stigmatize the mentally ill. When the first Harper in Canada was clearly deranged. And one of his grandfathers committed suicide after suffering from depression.

But of course he doesn't eh? Because he can't feel the pain of others. 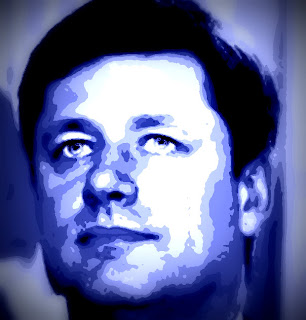 Imagine - if you can - not having a conscience, none at all, no feelings of guilt or remorse no matter what you do, no limiting sense of concern for the well-being of strangers, friends, or even family members. Imagine no struggles with shame, not a single one in your whole life, no matter what kind of selfish, lazy, harmful, or immoral action you had taken.

You are not held back from any of your desires by guilt or shame, and you are never confronted by others for your cold-bloodedness. The ice water in your veins is so bizarre, so completely outside of their personal experience, that they seldom even guess at your condition.

Of course, most psychopaths aren't criminals. And in the dog eat dog world of jungle capitalism many are very successful.

But placing our fate in the hands of one, at a time when the rich are trying to make themselves richer by making the poor poorer, isn't just insanity. It's an act of collective suicide.

Organize, unite, put your country before your party, defeat that cold cruel man who would wage war on the most vulnerable.

Or sooner or later we will wake up in a horrible place. In a nightmare world.

In a Canada we don't recognize.... 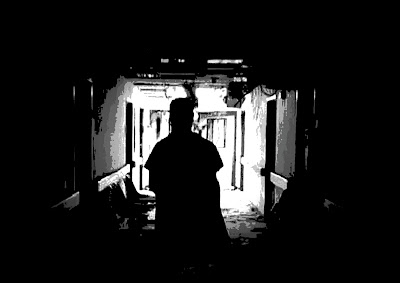 Well said SImon! There are soo many stupid stereotypes out there it really makes me angry (good thing I finished my morning coffee before reading this) This legislation is pure political pandering pure and simple.

The giveaway was in not limiting the legislation to those associated with violent crime. Now the mentally ill who may not have committed crimes of violence can likewise be condemned to indefinite, jailhouse therapy. The Americans imprison their mentally ill and we need only look at how successful that warped idea has been.

Harper is sociopathic, beyond question.

Fucken Harper; A 1 asshole. Trolling for votes using kids that were killed as props; repugnant. This shithead's next bullshit omnibus bill will probably have an Eye for an Eye and Tooth for a Tooth fucken clause in it.

All Dictators have a similar personality. Stalin, Hitler and Mussolini, had the same characteristics. All of them were a litany of, lies, deceit, corruption, cruelty, thefts, dirty tactics, dirty politics, controlling, bullheaded, arrogant, abusive and, all of them cheated to win. Harper fits right in, with those same traits. All Dictators have their henchmen and their criminal element, to do their dirty work for them.

Politicians who are lunatics, are very difficult to get rid of. They have no, decency, morals, nor ethics, what-so-ever. When you look at Harper's face, it is dead and lifeless. My son laughed at me. The first time I laid eyes on Harper, he gave me the willies. Harper's Omnibull-S-Bill is a perfect example of, just how bizarre Harper really is. Harper belongs in, one of his own rubber rooms.

Back when he worked for Manning un the Reform Party offices he liked being referred to as Fish, in reference to Abe Vigoda's character on Barney Miller. Truly and deeply disturbing.

Thank you for your eloquence, Simon. Very, very well stated. I applaud and agree with you.

hi Way Way Up...thanks I'm glad you liked the post. As you know I have been accompanying a friend through the labyrinth of the mental health system for over a year. So I know the situation is desperate, and this is the last thing we need. I was actually hoping that Harper, for the reasons I mentioned in the post, might at least do some good in that area. But now he's ruined everything...

hi Mound...yes I saw that, and it just makes the situation even more obscene. There is absolutely no reason to jail most mentally ill people, when what they need is better treatment. And the fact that it's been done for cheap political purposes is absolutely disgusting...

hi wazz...you know I feel very sorry for those poor murdered children and their mother, and I'm all for the rights of victims. But revenge will get us nowhere, it won't bring back the children, we need to focus on preventing such tragedies. And the way Harper used those dead kids to appeal to the worst angels of our character is simply unforgivable...

hi anonymous... yes the dead look in Harper's eyes is a good reflection of the man. He is clearly missing some essential part that makes us human. I realize he is cerebral in nature, but his cruelty is what sets him apart. I've always despised his bullying but his inhumanity is even worse...

hi Waldo...did he really? I've never heard of that one and I love it. Fish? That is disturbing. Hmmmm...I think I can work with that one... ;)

hi Sandra...thanks for the kind comment. As I've explained before I simply can't stand bullies, or deliberate cruelty, and that's what this is all about. Some things should be above politics. The treatment of the mentally ill is one of them. And Harper has disgraced himself again. When will he ever learn to try to be a better person?

Schizophrenia Society of Canada chief executive Chris Summerville says this type of legislation does little to combat prejudice and stigma toward people with mental illness. He also noted that only 3% of people with a mental illness come in conflict with the law and of that percentage 0.001% are found not criminally responsible for their actions. AND that 93 to 97% of them find treatment that works and do NOT re-offend. This is a nefarious piece of legislation aimed at mentally ill Canadians, who come in contact with the law, that basically says: "None is too many". To hell and back again with Godwin's Law. These shitheads are 21st century Nazis. Plain and simple.

My local newspaper recently showed a picture of Stephen Harper in his younger days, and even then he still had that cold, dead-eyed look typically associated with dangerous drifters or serial killers. Even in that infamous picture where's wearing a brown leather vest and a cowboy hat he looks distinctively uncomfortable. I get the feeling he probably sleeps in that suit of his.

Seriously, I've seen snakes with more humanity than he possesses.

That photo set-up is appalling.

I can only imagine who was hired to set-up a photo shoot with Harper and the grieving mother of three dead children to promote a new policy.

Can you imagine someone having the "great" idea -
"Hey, I know, - let's get 8x10s of those kids in large frames and set them up on the coffee table, front and centre."

And then can you imagine the photographer who actually agrees to the idea and takes the photo?!?

Is this move not on the heels of a national mental health awareness campaign? I thought at the onset of the campaign, that the Harper Regime made some efforts to be supportive of raising awareness. I guess that act was as meaningful as his apology to victims of the residential schools human rights travesty. Harper is a hateful prick ready to spread weasel words.

This guy is the worst PM for Canada, its like a third world country. We are quickly loosing our rights and freedoms, while this corporate monster called conservatives eats every last resource, living and otherwise. He even shuts up the RCMP and our broadcasting systems. Please sign my petition if u can, be a voice for those who were silenced. thank you
http://www.change.org/en-CA/petitions/minister-of-justice-indict-the-crime-of-cyber-bullying-as-inciting-hatred