The Cons and the Day of Infamy 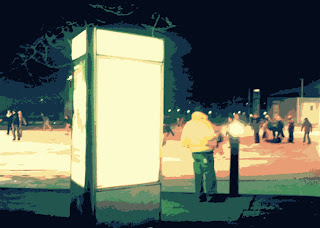 It seemed like just another day in the Great Frozen North.

A day when Canada looked liked it always does at this time of the year.

But then I remembered it wasn't just another day. It was the seventh anniversary of the day Stephen Harper and his Cons came to power.

The day of infamy, when everything changed, and the Canada I knew and loved started getting old and dying.

I can't remember how I felt that night. I wasn't as political as I am now, so maybe I just felt sick, or got drunk.

But I'll never forget how stunned and how horrified I was to see that the very first thing Harper and his bully Cons did, was go after the women and the children.

Kill the Court Challenges program, order the removal of the words "women's equality" from all kinds of documents, and destroy the national childcare plan.

In his first policy announcement as prime minister, Stephen Harper took an axe to Canada’s year-old, $5-billion national child-care plan — a plan aimed at helping Mary and tens of thousands of young children attend affordable daycare while their mothers worked.

For I think I can say it made me what I am today. It made me realize we were dealing with an alien political beast unlike any we had ever seen before. It made me want to do anything I could to help defeat them.

For nothing better symbolizes what they have done to our country than this result. 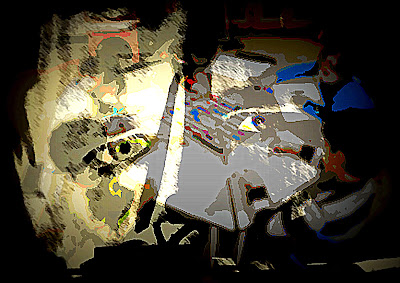 For-profit daycare continues to expand at a time when few new child care spaces are opening across the country... The trend, which accelerated between 2008 and 2010, is a concern because volumes of international research show for-profit child care tends to be poorer quality than public and non-profit programs.

Stephen Harper’s Conservative government replaced the $5 billion national child care program in 2006 with the Universal Child Care Benefit, which to date has cost about $15 billion. But the $100-a-month payment to families for each child under age 6 has not created a single new child care space,

And what they would do to the women and the children they would do to ALL of us. Kill government that protects the poor and the vulnerable. Make us the the low-wage slaves of foreign interests. Turn our kinder, gentler, nobler version of Canada into a Big Business jungle.

Driven by the bully pulpit of corporate think tanks and right-wing politicians, the push is on to shrivel, if not dismantle, all the achievements of Canada’s last half-century and more of nation-building.

From equalization to medicare, from unemployment insurance to collective bargaining, from affordable housing to pensions and from social programs to quality affordable education, all are supposedly crippling distortions of that pinnacle of human intellect and success — the untrammelled free market. And so all must be downsized or abolished.

And if you think those brutish ideologues are finished with us, you'd be sadly mistaken.

For just one look at the agenda of this meeting at Pastor Manning's School for Con Operatives, and you can see the writing on the wall.

And into what savage and crazy world those Con teabaggers would take us.

First they went after the women and the children. Today they're going after the unemployed. Tomorrow they'll go after medicare, the old and the sick.

For there is nothing Stephen Harper hates more than that last living symbol of a kinder, gentler Canada he is so determined to destroy... 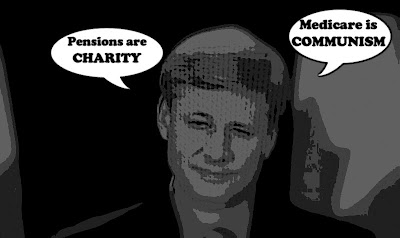 Which seven years after the Day of Infamy makes me wonder why more progressives aren't talking about uniting, to make sure we defeat that monster in the next election.

For if we are to save what's left of our country, defeating him isn't an option. It's a living, breathing, necessity. Our duty to the future.

It also makes me wonder what I might be doing today if the hideous Cons hadn't come to power. How different life might have been. How different my dreams. If I had lived in the hope of Canada, instead of the horror of Harperland.

Which of course makes me renew my Sacred Vow eh?

As it was in the beginning, so shall it be tomorrow... 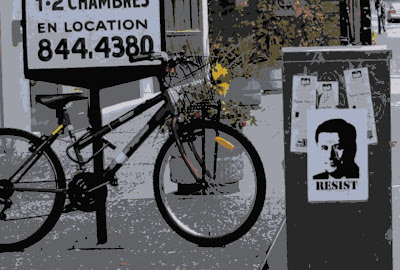 We won't do anything because we're an apathetic bunch of ignoramuses (seasoned with the stupid, psychotic degenerates who actually vote for this garbage). We didn't deserve the country we inherited.

Harper is no Conservative. He is flying under a false flag. Harper was Policy Chief for his, Northern Foundation Party of 1989. That's where his abusive dictatorship stems from.

Boessenkool who works for Harper and lobbied for Enbridge said. The smartest thing Harper ever did was, to cancel the National Program for Children. What ever did Harper do with Boessenkool? He seems to have vanished? Perhaps overseas for a cushy job, as he gave Gordon Campbell? Harper has had, several degenerates and criminals working for him. Campbell, Boessenkool, Wenzel, Parker, Carson and the robo-call crew.

Most Canadians know, Harper cheated to win the election with, his robo-call fraud. Harper has no right to even live in this country, let alone govern. Harper is a Traitor to Canada. Giving Canada to Communist China, is Treason. Once Harper does that dastardly deed, then we can nail him.

No Canadian has to obey a Traitor. No Canadian can knowingly, support an act of Treason. We ourselves can be put in prison, for doing so. Harper has no right to permit Communist China, onto our Canadian soil, what-so-ever. Harper had no right to force his Omnibull-S-Bill that said. China can sue any Canadians getting in Red China's way. China sued in BC, to take the mining jobs. China's resource workers earn, $800 per month. However. The Campbell/Clark BC Liberals also support Harper. They have always been traitors to BC and the people.

It took forever, to get rid of Traitor Campbell. We should have started on Harper long ago.

hi Skeena...I'm glad you like the post. You know, time passes and people forget things. So I figured I would help people remember how this nightmare began. For as I wrote in the post it was a moment that changed my life. And happy birthday to CRUSH. The more Canadians unite the easier we will crush the Cons...

hi thwap...Golly. Remind me never to call you when I need cheering up. ;)
But seriously I know how you feel. We do live in a dark and depressing time. However, as I said on your blog, the force of history is on our side. The nature of the struggle will become clearer, and people will be forced to choose what side they are really on. The problem is our politics don't reflect that real division, so everything seems confused and meaningless. But cheer up it will get better...