The Bullies and the Pork Chop Video 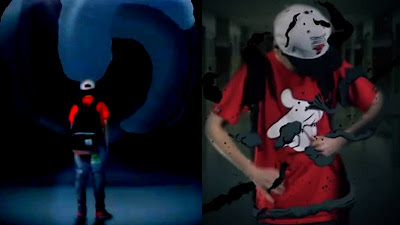 I started this blog years ago, to among other things, fight the bullies in our schools.

Only to find myself fighting the bullies of the Harper regime, day in day out.

The ones who can't find a dollar for anti-bullying programs. The ones who are bullying a whole country.

But every now and then, like I did the other day, I get an e-mail from somebody out there asking me "Simon, why aren't you writing about bullying anymore?" And it breaks my heart.

I feel I'm letting them down. Not doing my part to try to make things better. Because bullying is still a huge problem everywhere, from schools, to workplaces, to homes for seniors. When coupled with depression it can be devastating.

Rebecca Marino has decided she cannot battle opponents and depression at the same time. The Vancouverite, who rose as high as 38th in the world in the WTA rankings, announced Wednesday she’s “stepping away” from the game due to an ongoing battle with mental illness, which she admits was exacerbated by some “really hurtful” comments she was subjected to on social media.

And when you're too young, or too gentle, or too vulnerable to deal with the brutality or the bigotry, it can be fatal... 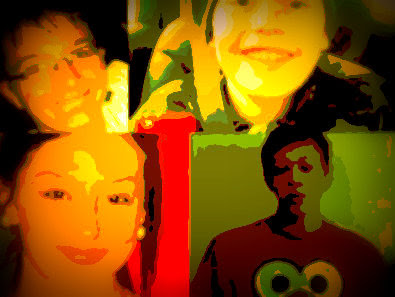 So I just want to say to any of my readers out there who have suffered from the cruelty of others, or are still enduring it, that I promise to try to do better.

And in the meantime, I want to make up for all my failures. And I mean all of them eh?

By running an awesome video from the Canadian poet Shane Koyczsan.

Because I'm sure you will recognize yourselves in it, like I did. It's so brilliant.

And I just love its message...


Isn't Shane amazing? Doesn't this sound like a great project?

And of course, aren't you BEAUTIFUL?

Don't let anybody tell you different.

Now, has anyone seen those Harper bullies?

bullying is epidemic in our society. we have a federal government which bullies. we have provincial governments which bully. When you watch t.v. many of the "reality" shows actually are not much more than bullying sessions. Few commentaries are helpful, mostly hurtful, yet it is considered entertainment.

bullying is also a way for people to say, hey, look at me. this is what I can do to you. It stems from the need to have their 15 minutes or these days, 15 seconds of fame.

social media hasn't helped much either. people who are bullied are subject to it 24/7. There is no ready solution because for many, they no longer recognize it as bullying. They simply look at it as, this is life, suck it up. During this month when people are to talk about mental health issues we see an increase in depression. Given the amount of bullying at school, home, work no wonder people are depressed. The young tennis player has done the right thing for herself. However, she should never have been put into this position.

bullying is an insideous action. people frequently think they are being too sensitive when they are being bullied. then when it is too late, there is not much to turn to. Turning off a lot of the social media might be a good way to start. If you kid is being bullied at school, take them out, home school and sue the school board.

Bullying will not stop until there are repurcussions for those doing the bullying. I don't see that happening any time soon because it starts at the top and goes on down hill after that. If nothing else verbally bullying is simply bad manners. If you can't say anything nice, than say nothing at all.

The bullying and evil dictatorship starts, at the top of the food chain with Harper. Even Harper's robo-call election fraud has now leached, into the Saskatchewan Tory's.

Harper is giving Canada to Communist China, along with all of the resource jobs. Harper gave China the right to sue, any Canadians getting in Red China's way. China sued in BC, to take the mining jobs.

Harper just shut down, the busiest Search and Rescue Base in Canada. Who other than Harper would do such a, stupid asinine thing as that? People will die because of this. We are waiting to see if, there are $2 million dollar condo's built on Kit's property? Any watercraft on fire or sinking? Time is of the essence.

Harper's satellite government, the Campbell/Clark BC Liberals are very likely supporting this, totally insane scam. They work for Harper. Neither Harper nor the BC Liberals, gave any warning of shutting the Rescue Base down.

The BC so called Conservatives, approve of this insanity. Harper was Policy Chief for his, Northern Foundation Party of 1989. Harper was linked with Christian Fundamentalists. Most likely, so are the BC Conservatives claiming to be Christians, just as Harper did. Christy Clark also professes to reading the Bible and praying. I wonder if Harper's religion is at the top of, his new Religious Freedom movement?

The bullying in schools, makes me ill. Poor kids, what a hell of a horrible life they have. However, Harper condones bullying. He is the worst bully, in the recorded history of this country.