Obama and the Cruelty of Hatred 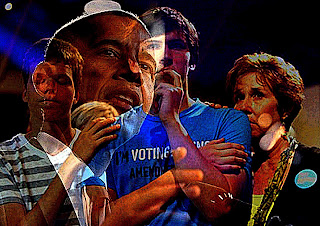 It was long overdue.

“At a certain point, I’ve just concluded that for me personally it is important for me to go ahead and affirm that I think same-sex couples should be able to get married,” Mr. Obama said.

It won't make any difference to gay couples in many states like North Carolina.

But in a country as homophobic as the United States it was a courageous gesture.

And for that I am grateful.

And although I'll never understand as long as I live, why a simple ceremony for two people in love, should be so controversial. Or why so many Americans hate gay people so much.

Or why old lessons are so easily forgotten... 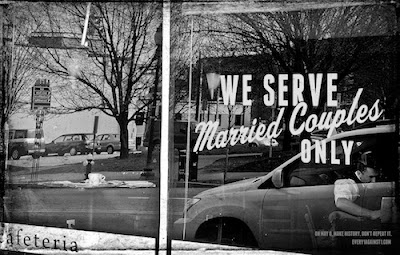 I do understand that in that bigot country not being able to marry can have devastating consequences. And lead to acts of unspeakable cruelty.

The kind of cruelty Shane Crone experienced, when his partner Tom was killed after he fell off a roof during a photoshoot.

And he was left to face the hatred alone...

Yup. For all the talk about gay marriage, it's really all about LOVE.

And the hatred of those who would deny others their humanity.

So how can we lose eh? Love trumps hate any old day.

And until the day of victory the struggle continues... 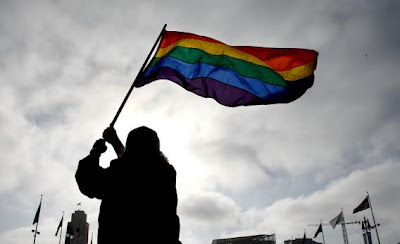 Very nice review! Thanks for sharing!!

It comes down to urban vs. rural as well. I think Obama felt he was starting to slip on the economy in urban areas among independents and libertarian-leaning Democrats, a major danger in some key states. The big risk is that older African-Americans could stay home (they aren't likely to go to Romney) and rural areas could galvanize around the opposition.

The rural areas and smaller towns in most of America are almost unanimously anti-gay, not surprisingly. Even in Canada, they are, at best, split even today. Canada has a much larger percentage of the population in large metropolitan areas (about 60-70%) though. Both countries are officially about 80-85% urban, but "officially" urban begins at about 2,000 people, while "culturally" urban begins at generally over 50,000 people. America has a lot more people in the smaller cities and towns, which tend to be culturally rural.

Smaller urban and rural areas tend to be MUCH older in age (a lot more people over age 50 and especially over age 65, who are the strongest opponents - if only seniors voted, in NO STATE would gay marriage get over 35% support with most states only ending up around 20% support, while if only young people voted, it would pass in the majority of states and get over 40% in even the Deep South) and much lower education levels as well.

In the North Carolina vote, the big cities - decisively - voted AGAINST the amendment. But the rural areas and smaller towns went about 75-90% for it, more than enough to counter that.

Hi Craig...You're right about the urban-rural divide and the generational one too. And then of course in the U.S. there is also the so-called Bible Belt. But the Christian Right has been losing political feathers for a while,and if more young people are motivated to vote, it could end up helping Obama. It is a political gamble, because I've come to believe that ANYTHING could happen in the U.S. But judging from the reaction of his opponents so far, I believe it's a gamble he might win...