The Con Mob and the Sad Case of David Wilks 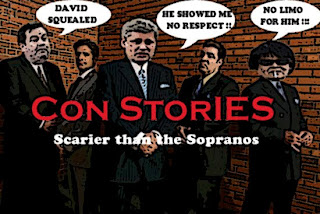 Oh.My.Gorilla. I told you the Con mob was scarier than the Sopranos eh? Just look what they did to poor David Wilks.

A Conservative backbench MP has publicly broken ranks with the government and said the massive budget omnibus bill should be split up — but says he is powerless to change it.

The next moment he wasn't.

"I support this bill, and the jobs and growth measures that it will bring for Canadians in Kootenay-Columbia and right across the country,".... I look forward to supporting the bill and seeing it passed," Wilks says.

Jesus, Mary, and Al Capone, what did they do to that poor guy ??? Did they send him a Trojan horse's head? Was Vic Toews involved? 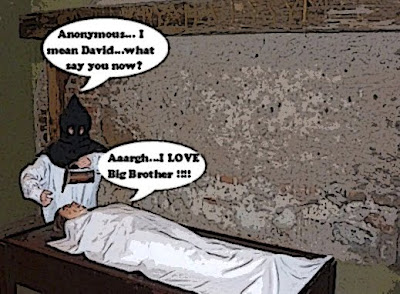 Did they bust his kneecaps, his nuts, or just steal his courage? And if so, what else is going on at Con Headquarters?

The Conservative Party has admitted that an accused drug trafficker worked on its database of sensitive donor information before she was charged with trafficking marijuana and contributing to organized crime.

That we and the police should know about.

And then of course, there's the Case of the Stolen Election. And that's pretty depressing too. The gambit failed. Michael Sona isn't talking. Pierre Poutine is still at large. And this other Con operative is invoking the word of God.

Andrew Prescott, who calls his web-log “Christian Conservative,” posted what he called “My Official Statement,” on his site.

He quoted scripture to make his case that he follows the rules, writing: “Let every soul be subject to the governing authorities. For there is no authority except from God, and the authorities that exist are appointed by God. Therefore whoever resists the authority resists the ordinance of God, and those who resist will bring judgment on themselves.”

Who are those Cons? What are they trying to do to Canada? Why are they hiding stuff like this in their stealth budget bill?

To give just two example: the bill grants U.S. law enforcement agents the same power to enforce Canadian Acts of Parliament as members of the RCMP, if they are participating in integrated cross-border operations; it also disbands appeal tribunals covering Old Age Security, the Canada Pension Plan and Employment Insurance programs, terminating 1,000 federal government appointees, in order to replace them with a much smaller Social Security Tribunal.

Why are they waging war on the poor, and selling off our country to foreign interests?

Oh boy. So much for democracy in Canada.

One day Stephen Harper will tell a panel of judges that he didn't know NOTHING.

But they'll take one look at his ghastly mob, and at the sad case of David Wilks.

And they won't believe him... 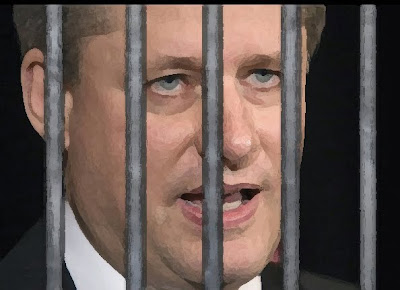 That Andrew Prescott sounds like a grade AAA moron!

Wow, the Conservative spin-masters are acting dumb. Maybe all the top Republican operatives are busy down in the states? If the MP is supposed to have decided on his own that the omnibudget is a good thing, why the "jobs and growth" mantra from Party HQ?

Concerning Prescott's Bible quote... isn't that the same one Hitler abused to convince Christians to follow his rule? I'm pretty sure Hitler instructed priests to preach that message and it wasn't sunshine and rainbows for those that refused to.

hi thwap...he is certainly a fanatic. And he is an IT guy. Put two and two together and that makes him possibly dangerous...

hi anonymous...there can be no doubt that the spin masters in the PMO are falling down on the job. The question is are they tired or incompetent, or is it just the arrogance of power? I tend to believe it's all three, but whatever it is this stealth budget bill is is both sinister and outrageous, the Cons are making a mockery out of Parliament. And of course they must be stopped and eventually driven from power by whatever legal means necessary...

If Chretien or Paul Martin had done ANY of the shit that is in this omnibus bill, the media would've bent over backward 24 hours a day to crucify them.

But hey, Mulcair is trying to divide the country!! Horrors!!! And the kids in Quebec broke a bank window, and threw rocks at armed, sheilded, helmeted, unidentified riot cops firing rubber bullets and tear gas at them! Double horrors at those iPhone-clad whores of entitlement!!! Oh the horror.