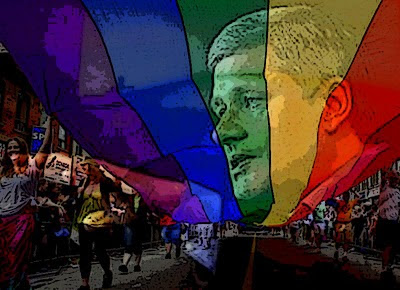 He can try to hide behind big legal words. He can claim he didn't know. But nobody can deny that this is a brutal assault on gay people.

The Harper government is being accused of taking away same-sex rights by “stealth” in light of a surprise government stand that non-resident gay and lesbian couples who flocked to Canada to exchange vows really aren’t legally married after all.

He can claim he isn't reopening the gay marriage debate, when this stealth offensive, like the one on abortion, was carefully crafted by the religious fanatics that run the PMO. And he is reopening the debate, by sticking a knife into the side of gay equality.

For most Canadians, same-sex marriage is a settled issue and part of the landscape. Despite some people’s fears, Stephen Harper’s government hasn’t used its majority to reopen the marriage debate in Parliament. But in two recent cases, government lawyers are taking a position that is inconsistent with gay men’s and lesbians’ hard-fought equality.

And not just here but also in Britain.

At taxpayers’ expense, the federal government is intervening in legal proceedings to oppose recognition of the civil partnership formalized by a Canadian citizen in Britain. This action undermines British efforts to recognize the equality of same-sex relationships.

In both cases, we shouldn’t let the technicalities distract us from matters of principle. A government proud that Canada’s Parliament has granted equal marriage rights to gay men and lesbians would stand behind such marriages, however other countries saw them. And a government supportive of equality would affirm other countries’ efforts to recognize gay relationships.

He has hurt and humiliated gay couples all over the world. 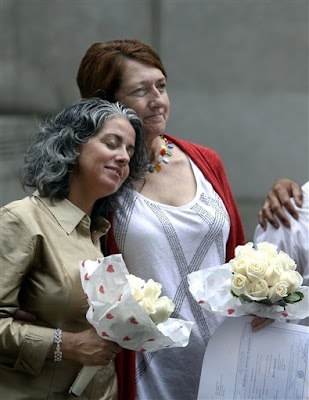 And disappointed millions and millions of other people who looked to Canada as a beacon of hope.

He has damaged the cause of bullied gay kids, who he has NEVER lifted a finger to help, by sending out a negative message, that some are more equal than others. Even as so many are killing themselves. Just so his rabid base can splash around in their blood, or pray to their evil Godzilla.

He fooled so many Canadians, but he never fooled me. Because I  knew what others should have known. Stephen Harper has always been a cold, cruel man, who enjoys the pain of others.

He has ALWAYS been a homophobe...

Oh yeah. Here's to the scream that wasn't heard. Now cry for the beloved country. And the message going around the world.

Unite to defeat those hideous Cons... 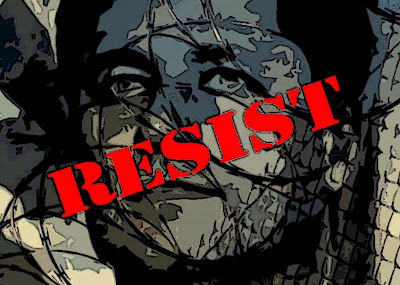