The Real Reason the Cons are Scaring Seniors 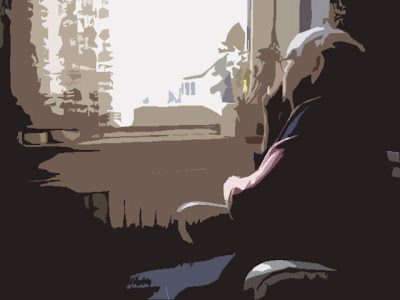 On a work day that was already quite stressful, I also had to spend quite a bit of time reassuring some poor seniors, that the Cons were not about to take away their Old Age Assistance.

So when I read that Stephen Harper's grotesque water boy Peter Van Loan was claiming it was all a misunderstanding.

The Harper government moved Monday to assure seniors that it is not going after their Old Age Security. Rather, the government is eyeing reforming the program for the medium and long-term, says Government House Leader Peter Van Loan.

I just about exploded eh?

Because one, I wouldn't trust those Cons as far as I can spit. Only an idiot would.

Two, you'd think that Great Ugly Leader might have considered the worry and pain he would cause to millions of vulnerable seniors across this country, before he went to Davos and made a complete fool out of himself by strutting around like a pompous peacock turkey.

And three, because it seems clear to me that the object of this exercise is to terrify us ALL, to soften us up for what promises to be a bloody budget.

The Conservative government is confirming what it's been hinting at for weeks: Spending cuts in the upcoming federal budget could be twice as deep as Ottawa's original target.

By making us think that they have to slash and mutilate government, because there's no money for ANYTHING. So we have to dig ourselves out of a hole, that the Cons themselves are digging.

If we want benefits beyond our ability to pay, as Harper said in Davos, that's because he has simultaneously cut taxes and increased spending, reducing the government's capacity to pay for anything.

Because all those rabidly ideological Cons care about is killing government. Even though the head of the IMF has warned that kind of mindless austerity program could plunge the world into another brutal recession.

So in order to try to panic the population into going along with their insane scheme, they're prepared to terrorize seniors all over the country. Because they know they're vulnerable, and can be easily scared. And fear is contagious.

You know when I say that the Harper ReformCons are the worst government in Canadian history, an alien form that is devouring our country, I really mean it.

And the day progressives get their act together and mobilize the population to try to derail their crazed agenda can't come soon enough.

For the mask Stephen Harper used to get himself his precious majority is coming off.

And unless we act now, we will wake up and sooner than most might imagine, in a brutish Canada we don't recognize... 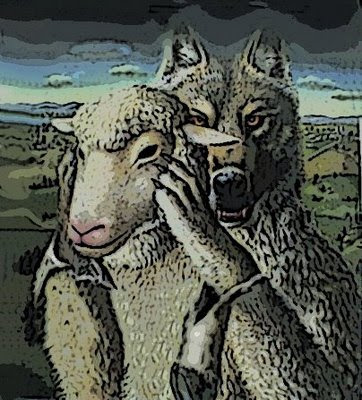 Hi Simon you nailed it Everything that we have been hearing lately is another example of an old and cynical game,one where you ramp up the fear of draconian actions so that when you bring in something slightly less draconian people wipe their brows and exhale WHEW coulda been worse. So in the end the public accepts their evil cuts with barely a whimper.

I say fuck that lets make some noise and if that doesn't work make some more.

ps Sorry about the f-bomb but on occasion it is the only way to truly express ones feelings.

hi Kev...from the moment I heard Harpo's ridiculous speech as Davos I knew something was up eh? I mean I realize he has a compulsive need to pose as the new Margaret Thatcher at every international gathering. But why would he scare and alienate such a core constituency? I figured there had to be another reason, or in his case some lower purpose. And I thought of what's shaping up to be one of the worst budgets ever, and it seemed to me to be obvious. So now I have this image of Harper in a Thatcher wig, trying to scare people like Dracula or his hero Stalin, and it's not a pretty picture... ;)

Harper is an utter and complete moron.

He was just mouthing what the real powers that he really works for, have told him to say.

Thinking about consequences is not a concept that Harper's brain(?) is capable of entertaining.

The other 'leaders' shut up after the riots and revolt that erupted in France when their idiot leader mouthed the same rattrap drivel.

Harper is not capable of developing a thought on his own, let alone understanding the significance or import of what his corporate masters are trying to accomplish.

The main reason the psychiatric community abandoned terms like idiot, imbecile and moron, is because it applies too easily to people like Harper and Oliver and Baird and Day and Toews and Oda and Raitt and Shea and Duncan and Poliverre ad nauseum Conservatorium.

repost from Mike Klein - What is Harper trying to distracted us from via the OAS issue? Alternatively, what fundamental change in Canadian economics and/or society is the OAS issue being used as the trigger for?

repost from Geri M Jordan - Harper has created so many grass fires since Parliament recessed for Christmas Break, it really is difficult to determine what is a diversion and what is a 'test balloon'.

What ever we may think about Harper, he isn't stupid, crazy maybe, but not stupid. His plans are calculated and well thought out so he can achieve his idiological goals.

The column is quite correct. He is trying to scare seniors and he achieved his goal. Now when he starts slashing the budget, he'll be able to say it was to save the seniors' pensions. What he will slash and burn are things such as food inspectors, health Canada, E.I., C.P.P., immigration, border guards. There will be elimination of field staff in all departments. It will be departments which provide services to Canadians. We will not see a reduction of high level better paid bureucrats, Deputy ministers, or perks and pensions for M.P.s.

If Canada were truly short of money I don't see why the government couldn't start taxing Embridge, which just made over a billion in its last quarter. Taxing some of these oil companies might be a good way to raise taxes. They aren't owned by Canadians anymore. Most have been bought out or owned largely by foreign investors. Their profits go straight out of the country. We might as well get a slice of it. They won't leave Canada, if what we hear is true, oil is a deminishing resource.

e.a.f. above is actually right. Expect huge cuts in health care, where the feds will open the doors to private medicine (or encourage or pay provinces to do this), cut food insopection, cut social transfers to the provinces, cut education funding for post secondary and so forth. Harper counts on Canadians to be idiots. It is up to us to show him we are not stupid and unaware of his tactics.

If the budget slashes are too much, we should do what some other countries have done and revolt. These threats and cuts are unnecessary and will mainly affect the poor, young and old and the rich will get richer. We have to stop this before we become more of a welfare state with the rich and the poor and no middle class. I'm afraid this is becoming one of our only options. The government sure doesn't listen to reason.

Thank you for this site!!!