Randy Rainbow on Hog Trump and the Wife Bashers 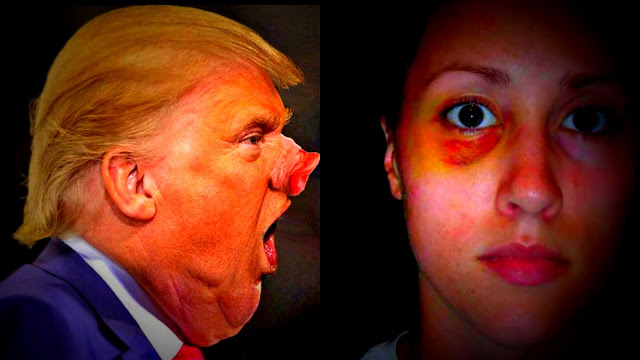 Well as we all know, Donald Trump has been having trouble with the wife bashers in the White House.

And the other day I wrote about what I think of his piggy behaviour.

But I forgot to mention one thing.

As Randy Rainbow points out, he does stand by his man men.

So remember, support the #MeToo movement.

And as I said so long ago.

Be sure to give Hog Trump the respect he deserves... 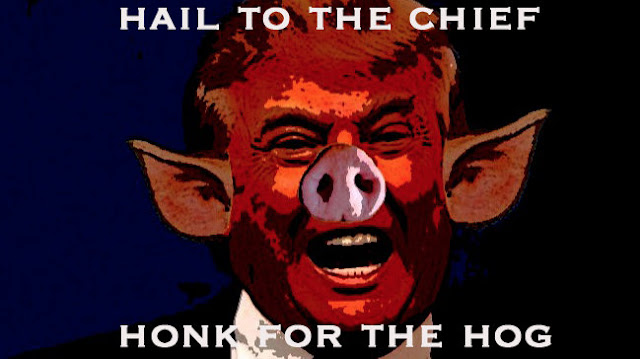 What Trump demonstrates is that stamping your feet is not going to change a thing. In Canada we got rid of the evil for a time but the war is always in session. The fact is that Trudeau will lose and election in our lifetime and the pondscum will return. The only way to stop this endless cycle is proportional rep, ranked ballets or a runoff. These are the things progressives
should be fighting for not fashion faux war on socks.

Thanks for that video Simon, Randy Rainbow is quite a character. We have to use every weapon we can against Trump.

I remember that poster you made of Trump when he was just a piglet, "Hail to the Chief honk for the hog." How true that turned out to be. If Trump was an ordinary citizen, he would be ostracized by all around him, but because he's president he gets away with it. It will take a generation for the presidency to recover.

hi Steve...I support a ranked ballot, but then I also support a united progressive movement. For as long as the Cons are united and we're not, we'll never get electoral reform and the Cons will remain a threat to everything we believe in...

hi anon@4:04 PM...I'm glad somebody liked it. I guess it's too gay for most people. Too bad because although I'm not the campy type, I thought it was brilliant, and made Trump look like an idiot...

hi anon@4:35 pm...thank you, I guess I was ahead of my time *honk* *honk*. Although I have to be honest, never in my worst nightmares did I believe that a U.S. president could be so piggy. We are really in the last chapter of Orwell's Animal Farm, when the hogs get up and start walking around on their hind legs..