Mark McMorris and the Road Back to the Olympics 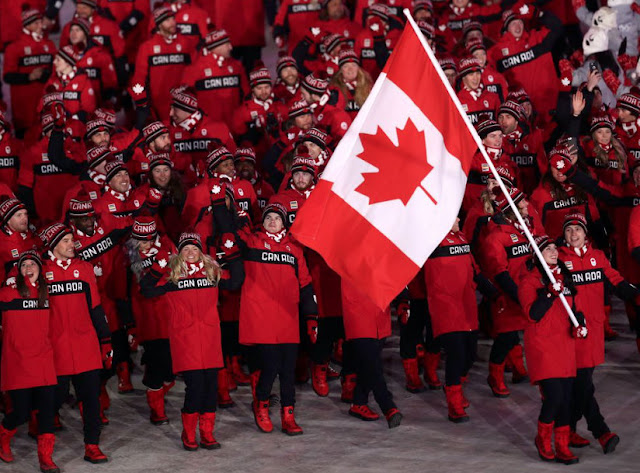 I watched our athletes march into the stadium in Pyeongchang, South Korea, this morning.

As always it was a proud moment, and I'm looking forward to cheering for all of them.

But I have to admit I will be cheering for one of them even more than all the others.

Because he is my kind of Canadian hero.

And the fact that he's at the Olympics is the closest thing to a miracle. 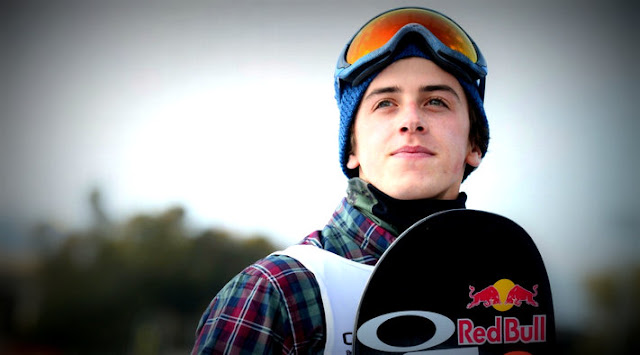 His name is Mark McMorris, and he is one of the best snowboarders in the world.

But it's what happened to him in March of last year that makes his story so amazing.

For while snowboarding in the backcountry near Whistler he hit a patch of soft snow and smacked into a tree. 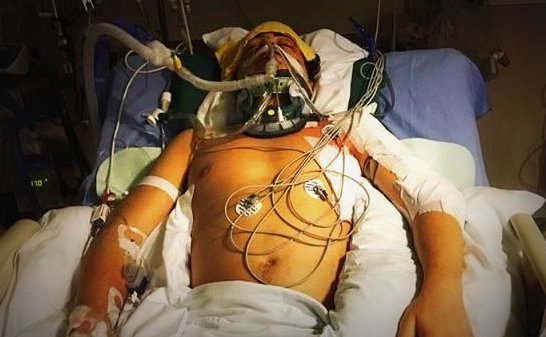 He suffered a fractured jaw, a fractured left arm, a pelvic fracture, broken ribs, a ruptured spleen and a collapsed left lung.

He was lucky to be alive, and most people thought it would be the end of his Olympic dream.

But somebody forgot to tell Mark, and he didn't give up.

He spent almost two weeks in hospital and may months in rehab, which as I found out last summer after a motorcycle accident in the Scottish highlands, is both painful and hard.

And somehow he made it back. In November he competed in a Big Air competition in Beijing and won.

And two weeks ago he competed in the X Games in Aspen, and here he is in action...

In the end he came third, but if he hadn't make a slight mistake, he could have finished second.

And considering where he was coming from it was simply awesome, and incredibly inspiring.

And the best thing about Mark is that he is a really nice guy. Down to earth, friendly, a guy who embodies the best values of this country. 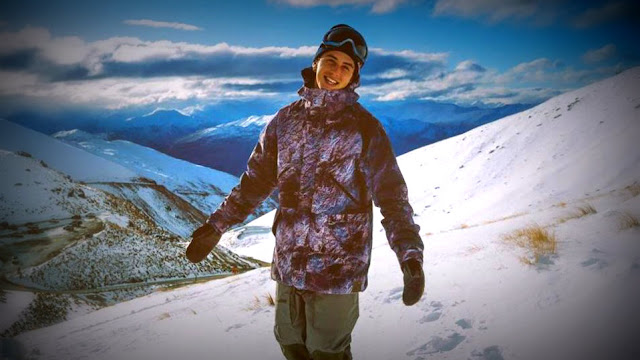 So I was really glad to see Rick Mercer pay tribute to him in this rant. 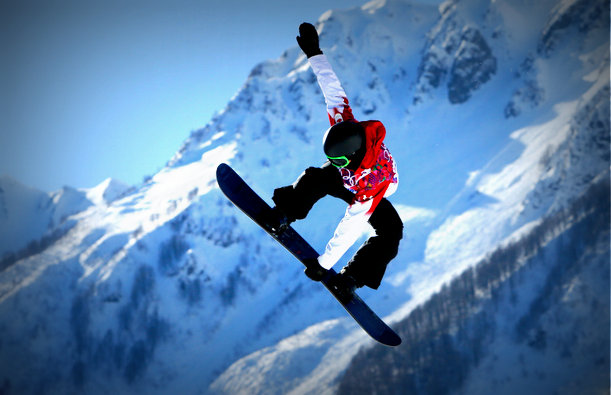 Here's to him and all the others.

Here is a copy of the John Moody column deleted by Fox News:

Nice post Simon. I had heard of Mark McMorris but I had no idea he had been so badly injured. It was great to see him flying through the air again, and he will be a great Olympic ambassador.

At a time when all seems rotten around us, people like Mark McMorris (and Justin Trudeau) stick out from the crowd, and remind us of the values that made this country great. McMorris is my kind of hero too. As for you Simon, please stay away from snowboards and motorcycles !!!!!'n ;)

Hi David....That column is absolutely disgusting, and Moody should be fired for being such a grotesque bigot. On the positive side two gay American figure skaters have been letting that other homophobe Pence know what they think of him, and I'm enjoying that a lot...

Hi anon...thank you, I almost never write about sports, but I felt I had to say something about the courage of Mark McMorris, not just because his is a remarkable athletic achievement, but also because his recovery should inspire all those who have been seriously injured in other kinds of accidents. Rehab can be brutal, but all that hard work can give you your life back...

Hi anon...it's funny I was going to mention Justin Trudeau, but then I thought no I better keep politics out of it. But the main reason I like Trudeau is that he strikes me as a decent person, and that's big in my book, and for that I'm willing to forgive a lot. I try to be that kind of person myself, with mixed results.🙄
As for motorcycles and snowboards, I was forced by my brother and my companion to swear a blood oath that I would stay away from motorcycles, but my level of snowboarding isn't dangerous at all so I intend to continue, because it's my favourite winter sport by far...

Hi Kathleen...yes go Canada go. I like the summer Olympics, but as a Canadian I enjoy the winter ones even better. I can barely see across the street the snow is coming down so heavily, but that's why we call it the Great White North...

saw that on the news and was so proud of them.

Thank you for the post! Great story. Hope he wins and stays safe!
This is an e.g. of the spirit of Canada and our medical system.