The Scumbags in the Harper PMO Strike Again 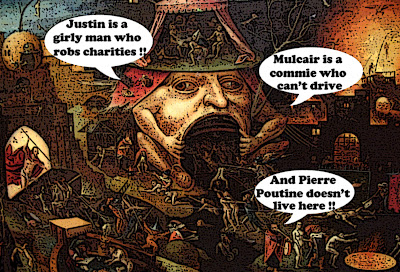 Ever since I started blogging I have used the paintings of Hieronymus Bosch to illustrate Stephen Harper's PMO.

For nothing else can better portray the mixture of religious fanaticism and political degeneracy that reigns in that hellish place.

They have perverted our politics, they have violated our traditions, they are the foulest bullies this country has ever seen.

And just when you think they have emptied their bowels, they still keep on excreting.

The Prime Minister’s office has sent information to The Barrie Advance regarding a money-losing speech Liberal leader Justin Trudeau made in Barrie in 2007.

On Monday, PMO communications officer Erica Meekes sent The Advance details of an engagement that netted Trudeau a $10,000 fee, but left Georgian College with a $4,118 shortfall. The information was sent via email with the caveat it be referred to as coming from a “source,” not the PMO, when used.

For Stephen Harper made them in his image. They are his stinky fish... 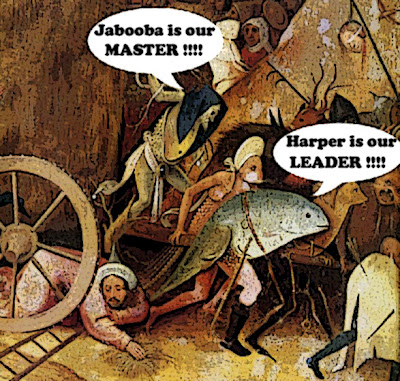 They will use OUR money to try to destroy their opponents.

When asked in a telephone interview why Prime Minister Stephen Harper’s office was sending out unsolicited documentation, Meekes said the PMO routinely reaches out to the media.

This is the first time, however, such financial information was released to The Advance from the PMO. Normally, such work is the purview of partisan researchers.

I asked repeatedly why the PMO, and not the Conservative party, was making this offer. Though the distinction may seem technical to many, it's an important one. The Prime Minister's Office is supposed to represent all Canadians, including ones the Conservatives don't like. This is why the staffers get paid their public salaries -- ie, by you and me. This is why they get extra-special security clearance; so they can be trusted with sensitive information -- not available to other opposition parties, or, we presume, the Conservative party.

The official told me that the PMO was simply "contrasting" leaders, as is its job. I wondered to myself if this would include going through, say, tax records of other leaders, but I decided that was a question for another day.

There is NOTHING they won't do to suck and blow their degenerate leader. The most squalid, morally corrupt, and diseased Prime Minister this country has ever seen... 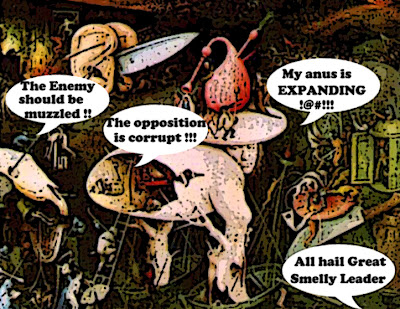 Except that I would feel the same way about ANY party, or ANY leader, that ran a PMO as filthy as that one.

And I'm sorry if my anger is making me ruder than I normally like to be.

But the Harper PMO's political pornography offends me to the core. I simply will not accept to live in a country as grubby as those scumbags would make my beautiful Canada.

And I honestly believe that until they are exposed to the light of day like the crawling maggots they are, until they are defeated, purged, and/or arrested, this country will not be clean. 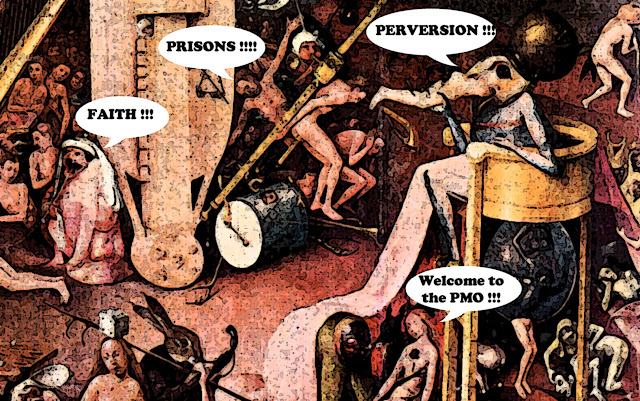 The mainstream media have touched on this story (just a little bit) but they have failed to talk about the primary scandal; the PMO staff are paid by tax-payers and are being used as nothing more than party hack in those positions. (Obviously the odious actions of continual attack are a scandal in themselves but from the media point of view you would think that they would jump on this fiscal scandal aspect given the past couple of months)

Harper and his team can't even get this one right. In their desperate attempts to throw heat away from themselves and all the negative attention they get, they just stoke the fire beneath themselves. Yet another underhanded action by the PMO. The lengths to which they will go to destroy an "opponent" is frightening; in doing so, they are also seriously threatening our democracy and everything Canadians hold dear.

This is all designed to make us forget his hiring of Fraudster Bruce Carson as consultant PMO, Peter Penashue's campaign finance debacvles and his rejection by Labrador voters inspite of Harper's strong support.

QAlso his support for Senator Pamala Wallinn when she was first identified as wrongly collecting Senate expenses, Mike Duffy appointment along with Senator Brzaeau.

Now we learn that one of his Quebeck superstars has been indighted on corruption charges, a man that was involved in ROBO calls against Liberal MP Cottler and who was hired by PMo via James Moore when he lost the election to Cottler.

Keep digging Stevie sooner or later you will reach China. And stay there.

hi Kirby...the role of the MSM in this story is a bit perplexing. The way Susan Delacourt explains it the Star agreed to conceal the source in return for the information. But they seem, as you point out, to have missed the forest for the trees. The story is that the PMO is supposed to be working for US not the Conservative Party. But in the you scratch my back, I'll scratch yours game which goes on between media and politicians a lot of things are taken for granted, so those things are missed. Also remember the print media is under enormous strain, so agreeing to conceal sources gives them info they don't have the resources to dig up themselves, and they can sleep easy at night knowing the competition won't scoop them. Who knows where we are going, but one thing is for sure, we need to know much much more about the PMO, who are they and what are they doing. Because they are clearly out of control...

P.S. Congratulations on your new Footnotes blog. I'll be reading it and might even make a comment, if you promise not to make me look too stupid. I studied Keats at school, but I kept confusing him with Yeats, to the extreme annoyance of my VERY English teacher. So my self confidence was shattered at a very early age. ;)
Seriously though, good luck with your blog and your books, life has so many winding roads, and we should explore as many of them as possible...

hi wazz...yes the PMO really is a mess isn't it? I just finished reading a Star article that claims that the reason is because they miss Nigel so much. Which was predictable since Ray Novak, Harper's boy wonder, is as I predicted not up to the job. I predict that Ray will be back at his old job as Harper's water boy by the fall. If that doesn't happen then it could be a sign that Harper isn't planning to contest the next election. And the young fanatics who staff the Con machine could take us on quite a ride. But hey...as long as it ends in a car crash I don't mind... ;)