RoboCon Scandal: If You Complain You Will PAY 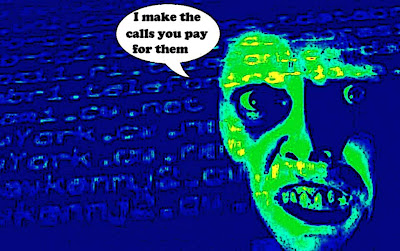 It's one of the worst scandals in Canadian history.

A clear and deliberate attempt to steal an election.

But if you received a call from the Con conspiracy called Pierre Poutine, don't you DARE complain.

Or the Cons will make you PAY.

Seven Conservative MPs have submitted a combined bill of $355,907 for costs they want paid by a handful of voters who received misleading robocalls during the last general election, and had challenged them in court.

The amount to fight the challenge to overturn the results in their ridings, the politicians say, is only "a small fraction of the actual costs" spent on the proceedings.

Can you believe the nerve of those Cons? Going after the victims even though the Judge ruled there was evidence of a "concerted campaign" of electoral fraud. The MPs themselves were responsible for ratcheting up the costs.

In his ruling, Justice Mosley had plenty to say about costs in the case, particularly costs run up due to what he called "trench warfare" waged by the MPs. He accused the MPs of trying to "block these proceedings by any means" and ordered them to pay the costs of many motions they introduced that ended up delaying the proceedings.

And we all know the Cons have enough money in their secret fund to pay for their legal fees, just like they fixed Mike Duffy's Senate problem.

But of course this isn't about the money. It's all about intimidation, and sending out this message:

If you dare to challenge us, or stand up for your democratic rights, if we can't smear you, we will RUIN YOU.

Oh boy. I can't believe I live in a country where something like this can happen. I really don't know what to say except this:

This is still a scandal that threatens the very heart of our democracy.

Elections Canada is still investigating hundreds of complaints of robocalls or real calls that directed voters to the wrong polling station in over 240 of Canada's 308 ridings in the last federal election.

And since the Cons are still doing all they can to obstruct rather than help Elections Canada.

Only the police can save us now.

What are they waiting for to launch an allout investigation?

And if the Cons think they can intimidate us or silence us they've got another thought coming.

For we will NEVER forget this horror....

The sinister thugs who corrupted our democracy will not get away with it. Sooner or later the truth will be revealed.

And they will end up in the company of The Great Corrupter.

In the only place they BELONG... 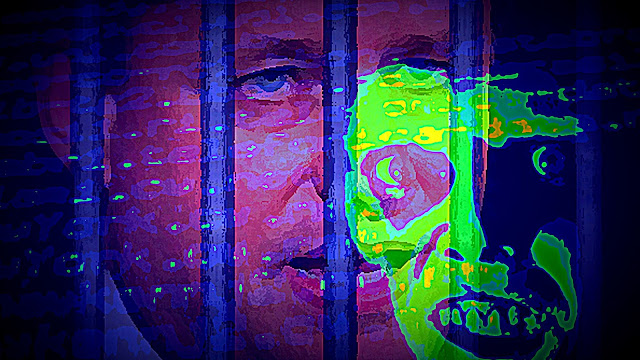 This makes the Reformers look greedy and brings their frauds back to the front page. Another own goal score?

If any money has to be paid a crowdsource campaign would highlight the election fraud day after day . The media sees contributions as political statements and , as this is a new thing, love to cover the story.

This is another example of right wing entitlement. It shows how out of touch these clowns are and how tin their political ear has become.

True Singaporean move. You can oppose the government, but you will lose in court for libel.

hi rumleyflips...yes it does make them look like they've lost their political compass as well as their moral one. It will put a spotlight on the robocall story again, and it will make the Cons look even more like bullies.
It also shows how vicious and out of control the PMO has become, as it grows ever more desperate. The beast is convulsing and its end is finally in sight...

hi Steve...yes it really is heavyhanded. But I doubt it will work. Not when the issue is such widespread electoral fraud, not when it involved the Con data base, and not when the judge lambasted them for repeatedly obstructing the proceedings. But of course that's the Cons, if anybody dares challenge them, and they can't be muzzled, go for the throat. As I said above, the Con cult is desperate, and the PMO is out of control...