The InSite Clinic and the Murderous Cons 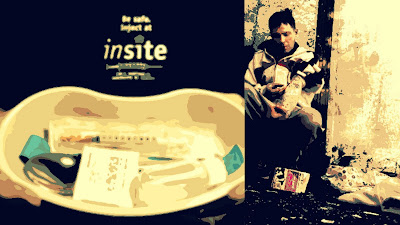 People are always asking me whether I REALLY believe that the Cons should be arrested eh?

And I'm always having to say yes I really do.

Not just because of the way they have hijacked our democracy, and all their sordid scandals.

But because they are actually prepared to hurt, or even kill Canadians, in the name of their foul ideology.

The federal government has introduced tough new rules for supervised drug injection sites in a move some see as an effort to stamp out such facilities.

The proposed legislation would require advocates of new clinics to meet two dozen specific criteria before they can apply. Among other things, they’d have to canvass community opinion and gain the support of provincial and municipal authorities. The federal cabinet then makes the final decision.

For only the Cons would make it almost impossible to set-up clinics like InSite. Even though they could save the lives of thousands of Canadians, and make communities healthier and safer.

Only the Cons would distort a Supreme Court decision to make it sound like those clinics were dangerous or a bad idea. When the ruling was exactly the opposite.

"Insite saves lives. Its benefits have been proven. There has been no discernible negative impact on the public safety and health objectives of Canada during its eight years of operation," the ruling said, written by Chief Justice Beverley McLachlin.

And only the Cons would ignore reason and humanity to pander to the lowest instincts of their bestial base in such a disgusting manner:

The Conservative party immediately followed up with a plea for supporters to sign a petition to “keep heroin out of our backyards.”

In a note attached to the petition, Conservative operations director Jenni Byrne says, “special interests are trying to open up these supervised drug consumption sites in cities and towns across Canada — over the objections of local residents and law enforcement. “We’ve had enough — that’s why I am pleased the Harper government is acting to put the safety of our communities first.”

Can you believe that eh? Those fascist clowns. They would try to make their ghastly base forget the Senate scandal, by encouraging them to go after some of Canada's poorest and most vulnerable citizens. 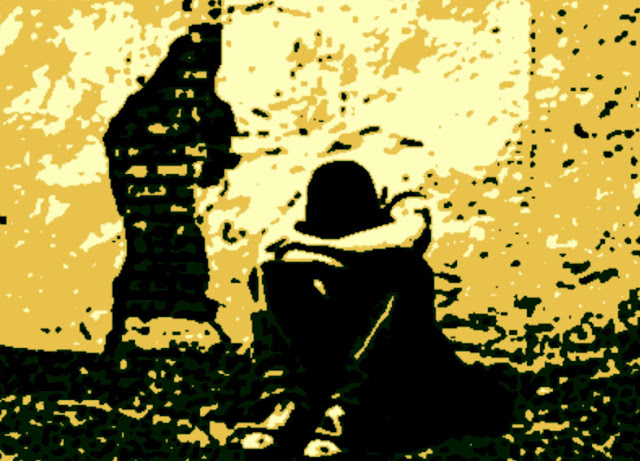 And who are the "special interests" the rabid PMO pitbull Jenni Byrne is railing about?

The Canadian Medical Association says it’s “deeply concerned” about new legislation proposed by the Conservative government that aims to tighten rules around the establishment of safe injection sites.

"The CMA's position is founded upon clinical evidence. Bill C-65, it would appear, is founded upon ideology that seeks to hinder initiatives to mitigate the very real challenges and great personal harm caused by drug abuse," it said.

And if so has she no shame? And how low can those grubby Cons go?

Oh boy. A few years ago I wrote about what I had seen when I visited Vancouver's Downtown Eastside neighbourhood. And about my encounter with a young heroin addict that haunts me to this day.

So when I heard that the Cons were planning to shutdown the InSite Clinic, I first called for them to be arrested. If only for that crime, never mind all the others.

And I still believe that. Although I will settle for them to be defeated. As long as they GO. Faraway from me, faraway from my Canada.

For right now sometimes I feel I'm living in a nightmare eh?

What don't Harper and his bestial Cons understand about humanity?

What would they do to suffering Canadians?

What don't they understand about HEROIN?

And when oh when can we get rid of those murderous ideologues?

And make our country SAFER...

The builders of InSite in Vancouver had to fight the federal government to stay open. In their fight they had to engage the community and get the support of the police and the municipal government.
Next came the courts.
If a community wants a safe injection site, they will get it no matter what the federal government says.
The unfortunate truth is that many people will die unnecessary deaths before the fight is won.
But know, the fight will be won! Why? Because it's the right thing to save lives.
Wait until someone in power loses a loved one because of tainted heroin or HIV, then we'll see their support.

Are you familiar with Ian Welsh? He has an interesting post this morning (http://www.ianwelsh.net/the-logic-of-the-surveillance-state/) that includes echoes of your theme that the CON philosophy is one of hurting people.

hi anonymous...yes I am familiar with the way the InSite clinic had to fight to stay open. And as I said in my post I couldn't be more disgusted by the way the Cons have put their foul ideology before the lives of Canadians. And you're right, in the end reason will prevail, because it is the RIGHT and human thing to do. But as you also point out, the sad question is how many people must die before we get to that saner place, in a country free from this ghastly regime...

hi scotrock...I'm not familiar with Ian's work, but I read that post and it's an interesting one. The Great War on Drugs has always been a way of controlling groups of people, and it's as harmful as it is fascist. I don't see drug abuse as a moral problem, only as a health problem. I don't judge people for what they do to themselves, I only try to help them...

The 'cons' propose consulting the community and it's two levels of local government while heroine advocates try to change laws without any community's voice being heard and the 'cons' are anti democratic and murderous towards others?