Stephen Harper and the Pathology of the Cons

Well I see that even Andrew Coyne is starting to ask himself whether the Cons can save themselves from self destruction.

But like all true believers he just doesn't get it.

It has become a commonplace of late to say the Tories have “lost their way.” That’s not about their navigational skills but their state of mind: an acute lack of self-awareness that blinds them to what they have become, a blinkered conviction of their own superior cleverness, a closed loop of defensiveness that interprets every criticism as proof of the rightness of the course they are on

This is the laager mentality that has taken hold in the upper reaches of the Tory party. It is the attitude of parties that have lost touch, not just with their principles or their supporters, but with reality. Toryism, in its current incarnation, resembles less an ideology than a pathology.

For while his diagnosis may be correct, the notion that the Con base can save the party is absolutely absurd.

For the base is part of the problem. All you have to do is look at the agenda of their upcoming convention to see what I mean.

For if this is how they plan to save their party, one might well ask who will save the rest of us from them?

Or ask why did it take people like Andrew Coyne, and so many other Canadians so long to realize that there is a problem?

And why doesn't he and all the other selectively blind members of the MSM still not understand that Stephen Harper is the problem, and that the pathology is the product of his diseased mind... 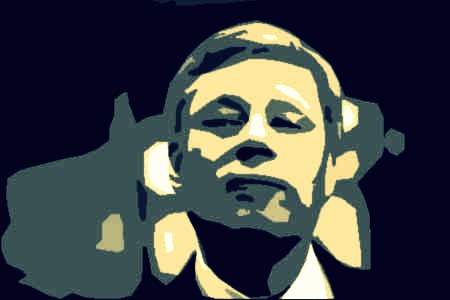 When Harper and his Con thugs have been slowly strangling this country and its values for EIGHT long years.

And the answer is obvious. They have been too busy cheering for the Cons to notice or care what they have been doing to Canada.

While people like me have been fighting the diseased one and his foul regime EVERY DAY from the moment they were elected.

Because somehow we could see where they were leading us, but the poobahs in the MSM couldn't. Huh?

Oh well. The good news is that more and more Canadians are waking up, realizing our country is in terrible danger, and putting the blame where it belongs.

According to a new Léger Marketing poll, 27 per cent of Canadians now think Trudeau would be a better prime minister than Harper, who has a score of 23 per cent.

And when it comes to turning around Harper and his ship of Con klowns, WHY is easier than HOW.

Very few feel affection for Mr. Harper. By contrast, when Lester Pearson, Pierre Trudeau, Brian Mulroney and Jean Chrétien had their own terrible difficulties, they were supported by many who literally loved them. Affection gives resilience. Lack of it leads to the kind of brittleness that can break.

What can Mr. Harper do about all this? He might start by promising never henceforth to appoint a senator without the kind of peer panels that examine judges. He might start seeing MPs as friends. Mostly, he must realize, to paraphrase an old saying, that the best chance of keeping things the same is to change himself a great deal. It’s very hard to do.

And since Stephen Harper can't change, because the fatal flaws in his character have been obvious from DAY ONE, the Cons won't change either. And the pathology that is destroying this country will destroy them as well.

And the bad news? Until he is defeated, or resigns, he will remain dangerous. For now he is DESPERATE.

And a man who would destroy medicare, steal pensions, muzzle scientists, destroy the environment, sell us out to foreign interests, and turn us into a prison state.

Is capable of ANYTHING.

So before it gets better, our nightmare could get worse...

Yup. The Cons will not save their party from Great Ugly Leader.

And only we can free our country from the monster and his madness.

So many slept for so long. 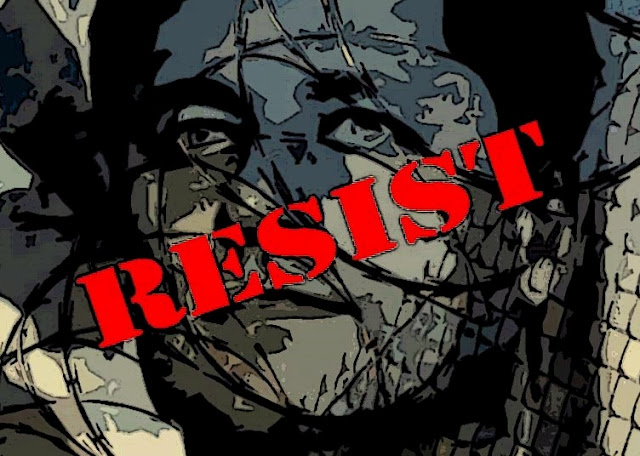 First you have to weed out the 10 percent.

I really wonder how we ended up in this situation of having a psycho mail room clerk in charge of our government. I'm looking forward to listening to the songs, reading the books and watching the films.

The planned Conservative Party convention may be cancelled and rescheduled as the Canadian Press reports :

"Federal Conservatives may be forced to cancel a national party convention that's supposed to take place in flood-drenched Calgary next week."...
"The Calgary convention centre, where the gathering is slated to take place, is located in the downtown core, much of which was under water Friday and without power."

The recent Alberta flood disaster gives the Prime Minister the opportunity to try and remake his public image as a caring, compassionate leader taking the high road, spending on public works and disaster relief, seeking to divert public attention from previous scandals and corruption, so his response to this disaster may give him some reprieve and extended political life.

The opposition parties should pay careful attention to such response, as I imagine he will seek favourable press coverage carrying sandbags for photo opportunities while the issue is on the front pages of news media, but will eventually abandon tent dwellers driven from their flooded, contaminated homes to their own fates, and concentrate on large public works where contracts, as usually is the case, are awarded to dubious Conservative-connected firms offering low bids with political bribes and shoddy workmanship.

Keep in mind as well that the majority of flood losses in Alberta are not covered by private insurers, as Canadian insurers offer flood loss coverage for commercial losses, but not for homeowner policies. Every other G8 country, including backwards, corrupt Russia, offers such protection to policyholders, but not Canada, where the major insurers in collusion with each other chose to exclude such protection from catastrophic losses from their policies and pass the costs for such losses on to homeowners. Our governments, federal and provincial, are complicit in this as they have allowed such practices to continue unopposed...

"Canada is the only G8 country in which flood
insurance is not available to homeowners. Even Russians, whose economy isn’t exactly known for being one of the most advanced in the world, can purchase a rider to cover their homes against overland flood. But Canadians cannot.
To make matters worse, most homeowners in Canada are of the mistaken belief that they are, indeed, covered for overland flood. A professionally administered ICLR survey conducted in 2004 showed that more than 70% of respondents believed that their homeowners policy covered them for overland flooding. More
than 60% believed that their policy covered them for coastal flooding.
People with these mistaken impressions oftentimes learn the hard way that they
are wrong.
But who can blame them for thinking as they do?
We confuse homeowners by covering some forms of water damage, but not others.
Homeowners insurance in Canada routinely covers sewer backup, but not overland flood.
It covers burst pipes, failed hotwater heaters and the like, but not overland flood.
It even covers burst municipal watermains, but not overland flood."

There is not much that can be done immediately with respect to the current Alberta catastrophe outside of rescue and evacuation, but once the waters recede, cleanup and reconstruction will have to be tackled, and unfortunately for many, such losses will not be covered by their insurance policies.

Given the contrasts in insurance coverage accorded to homeowners in Canada and Russia, Harper had some nerve seeking to lecture Russia at the latest G8 conference as to their obligations towards their own citizens...

"Flood victims are out of luck if they are looking to their insurance companies for compensation, because home flood insurance doesn't exist in this country, says the Insurance Bureau of Canada."
"The warning to B.C. property owners comes as dozens of Fraser Valley residents begin to assess the damage done by two days of heavy rain falling on top of melting snow, leaving many homes and properties flooded."


An article in the December 2010 publication Canadian Underwriter states:

"Insurance companies have provided coverage against fire and other perils in Canada for more than 200 years, yet consistently they have chosen not to provide flood insurance to homeowners. Businesses in Canada buy flood coverage. Homeowners have the option of buying flood insurance in the United States, Japan, Germany, the United Kingdom and France. What is needed to make flood insurable for Canadian homeowners?
Flooding accounts for almost half of the disasters in Canada. Insurance is available for other perils in Canada -- earthquake, tornado, hurricane, wildfire, winter storms, lightning and hail -- but not overland flood. Relief programs offered by government agencies and charitable groups reduce the hardship for flood victims, but funding to support immediate, basic needs is not insurance."

An article in the June 2011 publication Canadian Underwriter dealing with Manitoba floods states :

"Despite this alarming level of water, insurance claims in the area remain (as of press time) nearly non-existent. The inability to purchase overland flood insurance for residential properties plays some part in the infrequency of claims."

Trans Canada Insurance Marketing website advises:
"Flood Insurance is available on commercial risks, depending on the location of the property, but is usually not available on homeowners risks"


Auto insurance policies are standard policy wording per province and provincially legislated and regulated, whereas there is no provincial regulation pertaining to "standard coverage' in homeowner policies, and Canadian insurers thereby collude to exclude such catastrophic risks, leaving the homeowner, and/or government to bear such burden and catastrophic losses .....

Given the apparent market failure of private insurers to provide overland flood coverage to Canadian homeowners, victims of such catastrophic losses as the recent Alberta floods, I am surprised the issue has not been more aggressively addressed by both opposition parties...